Sampling as Transformation: Re-evaluating Copyright's Treatment of Sampling to End its Disproportionate Harm on Black Artists 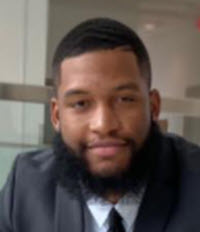 In 2018, pop artist Sting was awarded eighty-five percent of the revenue from hip-hop artist Juice WRLD's smash hit “Lucid Dreams.” “Lucid Dreams” contains an interpolation of a guitar riff from Sting's 1993 record, “Shape of My Heart,” and has been described by Sting himself as a “beautiful interpretation that is faithful to the original song's form.” Although Sting denied suing or threatening litigation against Juice WRLD, he confirmed his ownership stake in the song, even going so far as to brag that Lucid Dreams would “put [his] grandkids through college.” Sting's own statements, as well as statements from Juice WRLD and Nick Mira, who produced “Lucid Dreams,” all but explicitly acknowledge that Sting took some form of legal action that resulted in him gaining a large ownership stake in the song.

Though eighty-five percent of revenue may seem extreme, cases where copyright owners sue young Black artists for millions of dollars for small digit sampling have become all but commonplace in hip-hop. This is partly due to troubling case precedents like Grand Upright Music Ltd. v. Warner Brothers Records, Inc. and Bridgeport Music, Inc. v. Dimension Films. These rulings represent both a cultural bias and a striking misunderstanding of the constitutional objectives of copyright law in the United States that has disproportionately harmed Black artists by failing to adequately acknowledge the flexible, innovative, and transformative nature of digital sampling in music production. This failure especially hurts Black artists, who created hip-hop music and continue to dominate the genre. In this regard, courts have a pattern of disregarding copyright law's fundamental objective, which is to promote creativity, in favor of stringent standards that tend to do the opposite. Not only does this pattern dismiss the utilitarian principles that inspired copyright law's implementation in the United States, it is also further evidence of racial and cultural bias within the law and an unwillingness to adapt to the technological advancements of the modern age. These racial biases manifest as microaggressions in court opinions.

Now more frequently, American Institutions confront renewed criticisms for their contributions to racial injustice. As millions of people have gone to the streets to protest police brutality and other racial issues, civil unrest has reached a fever pitch. This moment presents a unique opportunity both for the Supreme Court and Congress to correct the harm caused by the decisions in cases like Grand Upright and Bridgeport Music. Consequently, when the opportunity presents itself, the Supreme Court and Congress must address the issue of copyright law regarding digital sampling to repair the damage that these precedents have done.

Part I of this Comment provides background on the history and objectives of copyright law in music, copyright law's historic mistreatment of Black musicians, and the history of digital sampling within hip-hop. Additionally, Part I discusses relevant case law regarding digital sampling in hip-hop, and examines the ramifications of those rulings, including the Circuit Split between the Ninth and Sixth Circuit Courts of Appeals regarding the legal treatment of the de minimis defense in digital sampling cases. Part II analyzes the problematic cases that have set troubling precedents regarding the legal treatment of digital sampling and explains how the courts misinterpreted the law when issuing their rulings. Part III suggests that Congress should use its Constitutional powers to create a new division within the Copyright Office that specializes in examining songs that utilize digital samples, ensuring that sampling artists and copyright owners are fairly compensated for their contributions. Finally, this Comment concludes that when the opportunity presents itself, the Copyright Act requires the courts to accept the Ninth Circuit's treatment of the de minimis defense in digital sampling cases.

In conclusion, this Comment argues that the current construction of copyright law regarding digital sampling is disproportionately harmful to Black artists. The rulings of Grand Upright and Bridgeport Music are functionally oppressive, characterizing a Black art form as stealing, and stripping defensive options away from sampling artists. Additionally, this Comment argues that both courts erred in their rulings. The Grand Upright court was mistaken in dismissively characterizing sampling as stealing and failing to conduct any fair use or de minimis analysis of the practice. More significantly, the Bridgeport Music court transgressed in creating a bright-line rule that barred consideration of de minimis and substantial similarity defenses in digital sampling cases. Accordingly, the Ninth Circuit ruled correctly when it declined to apply the Bridgeport Music rule in VMG Salsoul. Consequently, this Comment argues that when the opportunity arises, the Supreme Court should resolve this circuit split in favor of the Ninth Circuit. Additionally, this Comment advocates for the creation of a division within the Copyright Office dedicated to examining songs that contain digital samples. This division would ensure fair bargaining between samplers and copyright owners and direct the administration of a compulsory licensing system for digital sampling.