“You Can't Sing Without the Bling”: The Toll of Excessive Sample License Fees on Creativity in Hip-hop Music and the Need for a Compulsory Sound Recording Sample License System 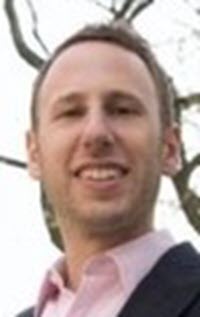 Creativity in hip-hop music has been adversely affected by the excessive time and financial costs necessary to clear samples. During hip-hop's early years, the genre's artists appropriated portions of other works to create transformative new works with great frequency. In the minds of many longtime rap fans, the increasing costs involved in clearing samples has led to a dearth of artistically compelling releases in the genre as new acts churn out songs that often lack a distinctive bass line, keyboard melody, rhythm, or most importantly, a “hook.”

When used creatively, samples add tremendous musical value to hip-hop. The range and palette of sounds that a producer can work with is greatly expanded when the producer is given access to just three seconds or less of a work. Copyright needs to take into account that the urban feel that the hip-hop genre seeks to convey is often not well-reproduced by traditional instruments and live musicians.

A compulsory sound recording license system for sampling, similar to what already exists for “covers” via compulsory mechanical licenses, is necessary to restore the creative integrity of hip-hop. Such a system would also lower the costs of entry for developing artists and independent labels, while providing a fair and reliable compensation scheme for sampled copyright holders. The proposed license would cover only qualitatively significant sound recording portions of three seconds or less for the music industry.

Currently, the Copyright Act extends a compulsory license for covers, which are new versions of songs recorded by different musicians. Covering a song involves the use of the musical composition, which contains an artist's music in written form. Under the current compulsory license system for covers, an artist desiring to re-record a song that has already been commercially released obtains a mechanical license and pays either eight cents per track sold to the original work's publisher, 1.55 cents per minute of playing time, or a fraction thereof, whichever is greater. Sampling differs from a cover in that it incorporates a sound recording, which is the result of a fixation of a performance of instruments or voice.

The Act should be amended to include sampling. Both covers and samples make use of past works. Therefore, it is inconsistent for Congress to bestow a compulsory license provision for covers while denying it for samples.

One of the Copyright Act's primary purposes is to promote certain uses of existing copyrighted material. The United States Constitution itself states that the purpose of copyright legislation is to promote the progress of science and the useful arts. As one court has stated, “[a] balance must be struck between protecting an artist's interests and depriving other artists of the building blocks of future works.”

Sampling stands to benefit both the sampled and the sampling parties. Sampling in hip-hop increases the recognition of the original work, often leading to significant boosts in album sales and publishing revenue for the original work's copyright holders. The sampler also benefits, as he has access to the unique sound of a successful song or recording artist for the purpose of giving the sampling artist's work a familiar element that listeners will quickly recognize. It is, therefore, not in either party's economic interest to make a sample difficult to clear.

Similar to parody, which receives fair use protection, pastiche is an art form that utilizes the imitation of a unique expression. But pastiche is neutral in that it lacks parody's commentary or critical intentions concerning a work. It is time that Congress recognizes advances in recording technology, as well as the notion that pastiche is a form of creative expression worthy of protection under copyright law. The denial of fair use protection for non-parodic works that contain sufficient “transformative value,” as elaborated in Campbell v. Acuff-Rose Music, runs counter to the Constitution's stated goal of promoting the progress of the useful arts. A transformative use is one in which a new and different result is created from the original. In Campbell, the Court stated:

The goal of copyright, to promote science and the arts, is generally furthered by the creation of transformative works. Such works thus lie at the heart of the fair use doctrine's guarantee of breathing space within the confines of copyright ... and the more transformative the new work, the less will be the significance of other factors, like commercialism, that may weigh against a finding of fair use.

This Comment will discuss the origins and evolution of sampling, as well as the present sample clearance practice and its various drawbacks. It will then outline a proposed new compulsory license system for sound recordings, and highlight supporting arguments that draw from creative, economic, and fair use theories.

The proposed compulsory license would cover only looped, qualitatively significant samples that are less than three seconds in length. Uses of a pre-existing work that exceed three seconds would continue to be negotiated in accordance with the current practices of the music industry. Authors who felt that a sampler had gone beyond the parameters of the system's permitted appropriations would be free to take the sampler to court. A similar industry practice already exists for the compulsory mechanical license, as evidenced by Motola, in which the plaintiff sued defendant group, The Stray Cats, for exceeding the boundaries permitted under the Copyright Act to alter an original work when recording a cover song.

The proposed system will greatly expedite the time spent in clearing samples, as it will no longer be necessary to obtain a separate clearance for the musical composition, as long as the amount taken is de minimis or qualitatively insignificant. The door for such a system has already been opened by Newton, in which the defendant licensed the sound recording, but the court held that he did not have to license the musical composition from the plaintiff since the portion sampled was de minimis.

In considering the implementation of a compulsory license system for samples, it is important to weigh the public's benefit of having creative works against the rights of the original copyright holder. Because the system would apply only to samples that appropriate a qualitatively significant portion of three seconds or less of the sound recording, copyright holders stand to lose very little. Today's sample clearance process is obsolete and incompatible with the prominent role of pastiche and hip-hop in contemporary culture. Preventing good songs from being released is contrary to the Constitution's stated intent. A compulsory sound recording license system will speed up the creative process while still protecting the interests of copyright holders.

Josh Norek received his B.S. from Cornell University in 1997 and is a fourth year part-time law student at Southwestern University Law School.