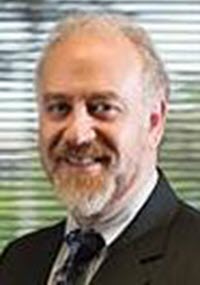 The global entertainment and media industries now exceed two trillion dollars in annual revenue, with the majority of that revenue generated by digital content. Despite its size, however, the economic impact is secondary to the power of these industries to shape political thought, religious faith, and cultural norms across society. Moreover, modern digital media includes both commercial content producers and a multitude of platforms enabling direct, person-to-person media interactions that shape social media, political thought, and public discourse. Each of these modalities is distinct, but they overlap in a multitude of ways, challenging regulators and frustrating public policy agendas.

For over a century, Congress has struggled to balance public policy considerations and technical regulations with a multitude of legal, cultural, and economic challenges inherent to media and broadcasting. The origins of these efforts began with the Copyright Act of 1909 and the Radio Act of 1912. While the Copyright Act was not wholly revised until 1976, the Radio Act lasted only until 1927.

The development of the Internet, social media, and mobile telecommunications technology has significantly increased these challenges. Governments face demands to regulate new technologies, manage the broadcast spectrum, control anticompetitive behavior, protect consumers, increase privacy, discourage tobacco use, police advertising, and foster the public good. And unlike much of the world, in the United States, these goals are further constrained by a constitutional imperative to “make no law ... abridging the freedom of speech, or of the press.”

Largely unnoticed in the growth of digital distribution services for entertainment and media content has been the diminution of AM, FM, and UHF broadcasting as a structural component of public media consumption. As digitization continues, the use of analog digital airwaves is beginning to fade away. With the demise of over-the-air broadcasting, much of the Federal Communication Commission's (FCC) jurisdiction will disappear as well.

This article addresses the transition from a broadcast-based regulatory model to its alternative. The article will also address some of the implications for entertainment and media producers and for content publicly produced.

Despite many concerns, the Internet is in ascendance as the primary platform for distribution of news, films, television, radio, podcasts, games, social media, and other forms of cultural content. Technological innovation continues to expand the availability for the content on home and mobile devices. As this technology continues to evolve, the historical reliance on the broadcast spectrum for radio and television will increasingly be eclipsed.

Over-the-air broadcasting once had many benefits, but the advent of new technologies, the limitations of over-the-air broadcasting and the scarcity of the bandwidth spectrum made this platform increasingly obsolete. From a historical and regulatory perspective, however, it was precisely the nature of the airwaves that gave rise to the FCC and many of its jurisdictional powers. Particularly with regard to media protected by the First Amendment, only the scarcity of the airwaves (and the cable bandwidth that came after) provided the Commission its ability to regulate in the public interest, requiring diversity of viewpoint that sometimes veered into the compelled airing of content adverse to the position of the broadcaster.

The changes in economics and technology are driving media producers to the Internet, and eventually, they will shed their historical connections to over-the-air broadcast. As each company leaves the over-the-air broadcasting sphere, the FCC loses much of its regulatory authority over that company.

Nonetheless, there are compelling government interests in a healthy media environment, and some of these efforts can withstand constitutional scrutiny without reliance on the scarcity doctrine. To promote the public interest of diversity of viewpoint, Congress should expand funding for news, educational content, and cultural content--building on what it has done over the past century. The FTC must step into the void created by the FCC's departure, enforcing both the FTC Act's provisions to assure that online advertising, customer privacy, and COPA protections are rigorously enforced. The FTC must also reexamine the nature of the online transactions to better reflect the Sherman Act and Clayton Act provisions of antitrust regulation as it applies to this new model of media distribution.

There were many lessons learned by the FCC during the law's development from the Radio Act through the Communications Act and into the Telecommunications Act. The media has changed but the audience has not. These lessons are essential if the next century of telecommunications policy will be able to help usher in another golden age and avoid the creation of an online media wasteland.

The transition from over-the-air broadcasting to an entirely online experience has not occurred. But policy makers understand the days of broadcast are numbered. As always, the time to prepare for the future is now.