Blackout: A Textual Analysis of the Media's Influence on Race and Culture 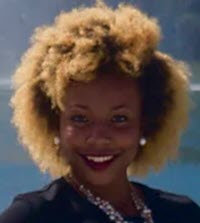 Samuel DuBose: Murdered on July 19, 2015 by a University of Cincinnati officer Ray Tensing after being pulled over for driving without a front license plate. When asked to take off his seatbelt, DuBose said, “I didn't even do nothing” and turned his ignition key, starting the car. Tensing reached into the car with one hand, and with the other, fired a single shot into DuBose's head.

Philando Castile: Murdered on July 6, 2016 by a St. Anthony, Minnesota police officer, Jeronimo Yanez. Castile was asked for his license and registration, and he told the officer he was licensed to carry a weapon and had one in his pants pocket. As Castile reached for his license, the officer shot him seven times.

Yvette Smith: Killed on February 16, 2014 by a former Texas police deputy, Daniel Willis. She called the police because of an altercation between two men. By the time the officers arrived, much of the disturbance was over, but Willis saw Smith and ordered her to come outside. As she opened the door, he shouted “police!” and fired within about three seconds with his personal AR-15 semi-automatic rifle. She died in the hospital.

Black people have been continuously killed at the hands of police officers throughout the United States. The three stories mentioned above are small in comparison to the hundreds killed each year, mostly by white police officers. What leads to the killings of these innocent Black individuals? What leads to how law enforcement interacts with the Black race? Is it their upbringing as society has often suggested or is there a greater issue? This article discusses a greater issue: The Media.

Media bias and injustice is leading to the erasure and criminalization of an entire race: The Black race. Blackness has been and still is associated with negativity mainly because the media has consistently depicted Black people as dangerous, violent and unworthy of respect. Thus, the media contributes to the conditioning of society to believe in these stereotypes by the pictures, videos, and messages it produces. As a result, the way Black people are depicted factors greatly into how law enforcement handles situations with Black individuals and how the criminal justice system handles these cases.

This article examines the bias and injustice of the media--film media, news media, and social media--as it pertains to the Black community. This article further examines how law enforcement interacts with the Black race because of how the Black race is depicted in the media, and how the criminal justice system does not usually render justice because of the bias it is also operating under.

The analysis of this article will be divided into six parts.

Part II will analyze Black violence in the United States. It will begin with an outline of what society has deemed the reasons as to why the Black race is so violent. Part II will discuss the issue of bad parenting and that because there are bad parents, there are children making bad choices. Children are watching their parents do drugs, live poorly, go to jail, and so a recurrent cycle emerges in the Black community.

Part III will take a different approach of Black violence than American society.  Part III turns to the role the media plays in Black violence in and on the Black community. It will begin by stating the general purpose of the media--what its purpose is supposed to be and will dive deep into what the media actually does. It will discuss how the media has a conscious and unconscious racial bias, which leads to injustice within the Black community. Part III then breaks down types of media and its effect on the Black community. It will begin with film media and then analyze how American society views the roles they see on television and in movies as a direct reflection of the Black race. Part III then turns to News Media, which contributes significantly to how the Black race is depicted in society. An analysis will occur showing how Black individuals are consistently depicted as criminals and how Black crimes are broadcasted at a higher rate than any other race. This analysis will also show the Black criminal versus the white criminal and how the news media depicts these stories to society. The section with the news media will also analyze the meaning of the word “victim” and the difference between the Black victim and the police victim. Lastly, Part III analyzes social media with respect to the Black race. This section will analyze the effect of police shootings on the Black community, and will discuss the correlation between the videos of Black men and women dying to lynchings after the Civil War and the psychological effects this has on the Black race.

Part V will be an analysis of how the media and the criminal justice system can be rehabilitated. It will explain some things the media could portray in its news stories--from crime to Black victims.

Part VI will be a conclusion of the paper to summarize the argument on how the media has a bias and depicts the Black race as criminals and uncoof, leading to injustice for the Black race.

Films and television shows stereotype people who live in the inner city. And so, the notion is that the only people that live in the inner city are “criminals, street gangs, drug dealers, addicts, and thugs.” This notion is further buttressed by the news media, and as stated earlier, the news disproportionately depicts violence and crime within the inner city. This media bias and injustice is leading to the erasure and criminalization of the Black race because if Black people are not being incarcerated due to the war on drugs and war on crime, Black people are dying at the hands at police officers that fear for their lives. Blackness has been and still is associated with negativity mainly because the media is consistently depicting Black people as dangerous, violent and unworthy of respect. Thus, the media contributes to the conditioning of society to believe in these stereotypes by the pictures, videos, and messages it produces. Black people are prone to criminality is the message displayed in society, and as a result not only does the public stereotype and treat Black people differently, but so does the legal system. The source of all Black violence and crime is not bad parenting, it is not youth making bad decisions, nor is the youth turning ghettoes into a war zone. The source that incites Black violence and crime is the media which enforces the institutionalized policies and practices the federal government enacts, and the local police and governments that enforce these policies and practices. Unfortunately, Black people are left to sit in the sunken place in American society and watch the chaos, unfairness, and discrimination surrounding them, fighting intensely to break through this spell that the media and federal government has imparted unto them.

Raven King is a 3L at the University of Miami Law School and the Executive Editor of Southern Journal of Policy and Justice Vol. XII.