The False Reality of the African American Culture: The FCC and Reality Television 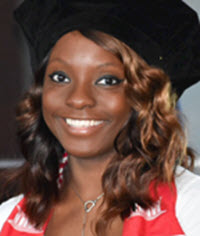 The electronic device in the shape of a rectangle with a glass screen upon it, called a television, is one of the most influential tangible items in the world. Not because of its basic shape, but because of the content that is transmitted through its wires and projector for millions of people to see upon its screen. As Professor of Law Sherri Burr states in her article, "Television images have a pervasive effect on society. Because network television is an audiovisual medium that is piped free into ninety-nine percent of American homes, it is one of the most important vehicles for depicting cultural images to our population." Due to television being capable of broadcasting anything and everything to millions of homes within seconds, television serves as a persuasive and influential asset to many lives, even more so than people's actual own personal experiences within their daily routines. Television plays the role of "educator and equalizer," due to its power to act as a bridge between people and the content that can stimulate one's mind. However, even though television has its perks in educating the world, television also brings just as many disadvantages in poisoning minds. People across the world have access to not only beneficial information, but also to tainting viewpoints that could (and have) detrimentally pollute education and culture. Television impacts society negatively in multiple different ways, and one specific way is through reality television.

Reality television shows have content based on the unpredictable activities of participants' "real" world, and participants choose to expose their everyday lives on a reality television show that airs at least once a week. Creators advertise the content to be non-fiction footage from surveillance and hand-held cameras that follow the "stars" around during everyday activities. Reality television also encompasses shows with "real people making real life decisions" while competing for a prize or completing a season for money. These shows run on television 24/7 with content that all viewers hope to be realistic, but in many circumstances, that is not the case. Reality television has made a negative impact on all aspects of different ethnicities, genders, and other forms of living in America, such as the Jersey Shore era, which is commonly known to depict Italians living in the New Jersey area to be heavy in gym, laundry, and tanning. The African American community is also impacted by reality television with content that is either not real or falsely represents what it is trying to portray to be real. Reality television has a significant impact on the African American culture and has taken over in many aspects, such as in the entertainment world. These shows with substantial African American content tend to splatter a false and negative depiction of the culture and livelihood of African Americans across television screens for millions of people to see every day.

In Part II, I will discuss how reality television content affects the African American culture and its perception to the world, including two vulnerable groups: children and foreigners.

Then, in Part III, I will show the different ways the law in the United States regulates television content.

In Part IV, I will further discuss the different solutions and practices that our government can implement to ensure the "reality" in reality television remains pure. I will then conclude with an overview of why such regulation is needed in saving the African American culture in reality television.

By reevaluating the public's interest and abiding by the contemporary community standards, the government through the FCC can reign in control over the content that is aired on reality television shows and censor foul language and avoid using too many censor boxes by not airing the content at all. With these steps, the government can keep current censorship regulations that are intact, but just need to be used in different directions than how they are being applied today (or the lack thereof). Also, with the government already having 47 U.S.C. 509 enacted against producer manipulation in game show television, extending such a rule to reality television would make a significant impact against producer manipulation in reality television, since reality television is sort of a creation born from the game show era that turned into a monster over the years due to its high demand and intensity of drama.