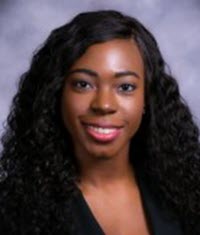 On the eve of the 2021 March Madness tournament, while many college basketball players were preparing for what could be the biggest game of their career yet, three basketball players took to social media to remind people that they are #NotNCAAProperty. Geo Baker, a Rutgers basketball player, tweeted that the National Collegiate Athletic Association (NCAA or Association)--the governing body for college athletics--owns his name, image, and likeness. Baker argued that while students on music scholarships and academic scholarships can profit by creating albums or offering tutoring services, student athletes' inability to profit from their labor results in unequal treatment. Baker's tweet sought to draw attention to the fact that, of the nearly $900 million in revenue generated by the NCAA's annual basketball tournament, none of it would be used to directly compensate the student athletes playing in the tournament. The #NotNCAAProperty movement--founded on the viewpoint that “[t]he NCAA too often treats college athletes like dollar signs rather than people” another plea for reform during what is arguably the most tumultuous time in the history of college sports.

Two crises in 2020 fueled a debate that has been brewing for years--whether student athletes should be compensated. Specifically, the COVID-19 pandemic coincided with the Black Lives Matter movement and drew unprecedented attention to systemic racism permeating society, highlighting a system that relies heavily on Black men risking physical harm to support an entire industry. State and city guidelines required people to stay home and avoid nonessential activities, and universities went as far as refusing to allow college students to live on campus, except in exceptional circumstances. Yet thousands of college football players and basketball players reported for duty, risking exposure to a disease while experts knew little about potential long-term health effects. Despite being treated as essential workers, these athletes were not eligible to receive compensation. student athletes across the country--who make up the majority of football and basketball rosters action to combat racialinequity and address concerns regarding health and safety and economic justice, strengthening discussions in Congress. Although this debate has received renewed attention in the media, courts, and Congress, it is far from novel.

In recent decades, the NCAA has permitted student athletes to receive more education-related funds. In the mid-twentieth century, for example, the NCAA began allowing full grants-in-aid to provide for tuition, room and board, fees, books, and a small monthly stipend. In 2015, the NCAA increased the grants-in-aid cap to account for the full cost-of-attendance figure. Yet the NCAA has hesitated to open the floodgates and allow outright compensation, generating a great deal of tension between the Association and players. In several cases addressing student-athlete compensation, courts have given the NCAA considerable authority to maintain rules that cap the value of student athletes' labor, even though such rules would normally constitute a price-fixing scheme that violates antitrust law by unreasonably restraining trade. Historically the NCAA and courts have contended that such restrictions are necessary to preserve the market for college sports and the amateurism of college athletics, but courts have arrived at this reasoning by considering externalities--such as consumer demand, when the relevant market was the college education market--that are not tied to the student-athlete labor market and do not accurately consider the net effects on this market.

Against this tense background of controversy over student-athlete compensation, the Supreme Court recently handed down a landmark decision stripping the NCAA of the power to cap education-related benefits that member institutions may offer students who play Division I Football Bowl Subdivision (FBS) football and Division I basketball. v. Alston opened the door for some athletic conferences to offer unlimited education-related benefits and placed a target on the NCAA's business model. Alston asserted that the NCAA amateurism model is not exempt from antitrust law, and a scathing concurrence by Justice Brett Kavanaugh said in no uncertain terms that “[t]he NCAA is not above the law.” and new state legislation allowing student athletes to receive money for their names, images, and likenesses cast doubt on whether amateurism is so indispensable as to necessitate the deference that courts have given the NCAA. In addition, Alston all but explicitly encourages future litigation against the NCAA. Justice Kavanaugh pointedly stated that because the student athletes did not renew their appeal on certain claims from their initial lawsuit, the Court's scope of review was limited, but that remaining rules “raise serious questions under the antitrust laws.”