Unmothering Black Women: Formula Feeding as an Incident of Slavery 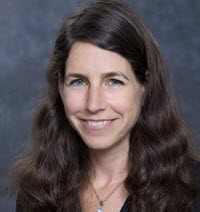 On May 23, 1946, in the rural southern town of Reidsville, North Carolina, a small miracle occurred. The woman responsible for this miracle was Annie Mae Fultz, a Black-Cherokee mother of six children who had lost the ability to hear or speak as a child. Beginning at 1:13am, Annie Mae gave birth, in short intervals, to the world's first recorded identical Black quadruplets ever to survive into adulthood. Against the odds, each of these four strong, tiny girls survived their first few hours and began to grow steadily. Annie Mae's joy at her perfect new daughters was irrepressible, expressed in exuberant debates with friends and relatives at her hospital bedside about possible names for the girls. Their father, Pete, a tenant farmer on a tobacco farm, collapsed onto his bed when he learned of the four new babies. But Annie Mae and Pete's happiness was short-lived.

Fred Klenner, the White doctor who delivered the girls in the Basement wing of Annie Penn hospital, was quick to recognize that he stood to gain from their instant celebrity. Klenner began testing his controversial theories about Vitamin C on the sisters on the day of their birth, injecting them with 50 milligrams each. Even worse, Klenner named the girls himself, snatching the privilege from Annie Mae and Pete. He gave them all the first name Mary, then middle names belonging to his wife, sister, aunt, and great-aunt: Ann, Louise, Alice, and Catherine. Klenner's sense of ownership over the girls did not stop there. He instigated a bidding war among formula companies seeking to break into the untapped market of Black mothers by becoming the newly famous Fultz Quads' corporate godfather. Klenner selected St. Louis' Pet Milk Company for this honor, setting in motion a chain of events that would lead Annie Mae to lose, not just the right to name her children, but her beloved girls themselves.

The contract with Pet Milk led the girls down a path of poverty and isolation, despite their fame as the poster children for Pet Milk products. At age six, they moved out of their family home, away from their parents and siblings, to attend elementary school. When the girls turned ten, Alma Saylor, a nurse hired by Pet Milk, formally adopted them. Frequent travel to promote Pet Milk disrupted the girls' schedules and left them far behind their peers academically. Later, when they pursued a college education in music, Florida's Bethune-Cookman College asked them to leave after their second year. Their adoptive parents moved them far from home to upstate New York, where they tried and failed to break into the entertainment business, working instead in factories and as nurses. Beginning at age forty-five, they all received breast cancer diagnoses and, by age fifty-five, only Catherine was alive.

The legacy of Klenner's deal with Pet Milk reached far beyond the Fultz sisters. The contract facilitated the company's launch of the first formula advertising campaign targeted at Black women. Before the campaign, corporations limited their marketing to Black consumers to alcohol and beauty products. They feared the stigma that would attach to their brands if they used Black models or portrayed Black life in a positive light. Overcoming this apprehension, Pet Milk's bold and innovative marketing scheme persuaded many Black women that formula was just as healthy as, or healthier than, breast milk, making it easier for them to succumb to a host of external pressures not to breastfeed.

In 2008, only fifty-nine percent of Black women had ever tried breastfeeding, compared to eighty percent of Latinx mothers and seventy-five percent of White mothers. Only twelve percent of Black mothers still breastfed at six months, compared to approximately twenty-six percent of Latinx mothers and just over twenty-four percent of White mothers. These disparities in breastfeeding rates correspond with other racial health disparities, including infant mortality, which strikes more than twice as many Black babies as White babies. This ratio has remained consistent since slavery.

A complex web of laws and policies contributes to these racial disparities in breastfeeding. They include: (1) the distribution of free formula to new mothers through the United States Department of Agriculture's (“USDA”) Special Assistance to Women and Children (“WIC”) program, in which Black women participate disproportionately; (2) the United States' failure to adopt the World Health Organization's (“WHO”) Ban on Advertising of Breast Milk Substitutes, which leaves the door open to marketing that targets Black women; (3) the lack of baby-friendly requirements for hospitals and the dearth of voluntarily adopted baby-friendly practices in hospitals in Black neighborhoods; (4) welfare reform, enacted in 1996, that forces new mothers out of the home to work; and (5) inadequate workplace breastfeeding accommodation laws. The extent of the relationship between the formula industry and the U.S. government took center stage in 2018 when U.S. officials threatened Ecuador with trade and aid sanctions if it did not withdraw a resolution promoting breastfeeding from the World Health Assembly. This Article explores the history and social paradigms that led to this legal and policy framework.

Racial disparities in breastfeeding are a form of food oppression. Food oppression is facially neutral food-related law, policy, or government practice that creates health disparities along race, gender, and class lines. Cultural myths about personal responsibility obscure the structural determinants of behavior that obviate personal choice. Negative racial stereotypes reinforce these cultural beliefs and make racial health disparities seem inevitable. Therefore, to reverse the effects of food oppression, efforts to change people's minds about food and racial justice must accompany attempts to reform law and policy. In the context of “first food” oppression, it is essential to dismantle the stereotype of the bad Black mother.

This Article argues that Black women's low breastfeeding rates arise directly out of slavery practices and their justifications. The phrase “badge and incident of slavery” first appeared in the 1883 Civil Rights Cases as a legal term of art to define the scope of Congress' enforcement power under section 2 of the Thirteenth Amendment. Despite disagreement about the term's exact meaning, it generally refers to ongoing racial subordination or discrimination that originated in slavery. This includes “the abolition of the parental relation.” In 1968, the U.S. Supreme Court expanded this concept to include “relics and vestiges” of slavery. Disparities in breastfeeding rates and related illnesses and deaths represent both an “incident” and a “vestige” of slavery that both the courts and Congress have the authority and responsibility to eliminate.

The Article begins in Part I with a history of infant feeding from a critical race theory perspective. This Part demonstrates how society has consistently devalued Black maternal love bestowed on Black children. In slavery, Whites celebrated the Black Mammy figure as an ideal nurse for their children but not her own. Later, developing ideals of good motherhood consistently excluded Black mothers. This Part also explores how the aspirations of pediatricians to legitimize an emerging medical field and evolving technologies of artificial milk perpetuated the racial divide in breastfeeding.

Part II examines how formula companies developed successful, racially targeted marketing strategies in the absence of positive popular images of Black mothers. Next, it traces the modern incarnations of the bad Black mother, the Welfare Queen and the Welfare Mother, to their roots in slavery. Throughout history, this stereotype has justified a lack of support for breastfeeding Black mothers. The legacy of slavery has also discouraged Black mothers from reliving aspects of their enslavement, including exposing their bodies in public to nurse. Finally, Part II deconstructs the stereotype of the bad Black mother in modern Black cultural production.

In 1946, when Fred Klenner forever altered the lives of the four infants who came under his charge, he also opened the door to over a half-century of misleading, racially targeted marketing. Although the Fultz sisters always had each other, their contract with Pet Milk severed their relationship with their mother, echoing the legacy of separation of enslaved mothers and children. The Fultz girls' exile from their family occurred in the service of the formula industry and its quest to exploit the social realities of Black women. Their story serves as inspiration for legal and social reform. Constitutional principles, justice, and morality require steps toward the reforms outlined above to afford Black women the opportunity to nurse their children at will and eliminate the unacceptable disparities in breastfeeding rates that have persisted since slavery. It is time to tell a new story about Black motherhood.