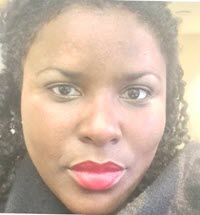 As a social justice and civil rights movement, Black Lives Matter (BLM) emerged out of state sanctioned violence against African-Americans. With police violence as the backdrop, the movement recognizes all forms of violence and oppression that unfairly target Black Americans. A Vision for Black Lives has called for the United States government to take action against the ongoing assaults targeting African-Americans. Accordingly, the document states, “We demand an end to the war against Black people. ... We demand an end to the criminalization, incarceration, and killing of our people.” In addition to over-policing and racial profiling, the manifesto addresses concerns around community and economic development, education, criminal justice, health, and the environment. These issues are not far removed from the civil rights era of the late 1940s through 1960s. Despite the Civil Rights Act of 1964, the legislative protections that were sought were not fully realized for African-Americans. Continued segregation, intimidation, and dis enfranchisement prevented economic, political, and social advancements. BLM highlights the ongoing struggle for full participation, economic inclusion, and equity, as well as the continued struggle for social and legal justice. Jim Crow era laws that emerged in the 1890s, after Reconstruction, codified the separation of Blacks and Whites. While the Civil Rights Acts of 1964 and 1968 attempted to disband separate and unequal facilities under Jim Crow, today, the distribution and quality of facilities and resources still remain unequal and Blacks and other racial-ethnic minorities experience disparities in educational, professional, and financial advancements.

As the twenty-first century civil rights movement, BLM acknowledges the continued disenfranchisement of Blacks. One of the most sensitive indicators of social injustice and disenfranchisement is health. A comparison of data from the 1950s to 2000s indicates that African-Americans continue to experience shorter life expectancy and succumb, more frequently, to preventable health conditions. Social determinants of health (SDOH) and root cause analysis approaches to health connect excess mortality as well as the burden of disease among African-Americans to racial injustice and social disadvantage. The connection between health and social disadvantage is foundational to public health.

SDOH connects disparate health outcomes to specific social indicators. According to Healthy People, which describes the health goals for the nation, the five core social determinants for health include: economic stability, neighborhood and built environment, health and health care, education, and social and community context. Accordingly, limitations across any of these areas directly and indirectly impact health. Further, Healthy People acknowledges that disparities in health disproportionately impact marginalized populations who have faced discrimination such as racial ethnic groups, low-income populations, religious minorities, and those with physical and mental disabilities. The social determinants approach emphasizes the intrinsic need to change social policies which are both directly and indirectly related to health care and public health. Hence, social policies may be examined for their impact on population health.

The sections that follow discuss health inequities among African-Americans and connect health outcomes to social policies and civil rights violations. Police brutality, as an important aspect of the BLM movement, is discussed and presented as a political issue that aggravates health outcomes among African-Americans and, specifically, Black men. The paper closes with a discussion on the need to examine discrimination and discriminatory policies as part of a Health in All Policies (HiAP) approach. The HiAP approach recommends social institutions and agencies to examine the impact of policies on health. This requires analyzing discrimination and the impact on HiAP. This is a call to action.

The root cause of health inequities is social. Social determinants of health align adverse racial and ethnic health outcomes with limitations of social policies and, in many cases, civil rights violations. This paper discussed differences in life expectancy, disease mortality, and targeted racial profiling in police brutality and extrajudicial killings among African-Americans. It is argued that the disparate health outcomes experienced by African-Americans are linked to racism and social disadvantages. The HiAP approach requires institutions and entities that are both integral to the health care system and outside of the health care system to be accountable for the impact of policies and actions on health. Accordingly, areas such as transportation, education, agriculture, community and economic development, urban renewal, environmental protections, the criminal justice system, and legal justice systems have a responsibility to acknowledge accountability for the role such agencies play in unfair and unjust health outcomes particularly affecting racial and ethnic minority populations. While it is imperative that agencies address health in their work to achieve health parity, it is exceedingly important that these same agencies begin to critically acknowledge, establish accountability for, and correct the impact of racial oppression and discriminatory practices inherent in all agency policies. Addressing social determinants on health linked to race requires critical analysis of systems that perpetuate racism. Examining racism and health in the HiAP approach offers a more comprehensive and realistic picture of how social determinants impact African-American health.

Raja Staggers-Hakim is a social researcher and skilled facilitator in the areas of health inequities, social inequality, race, and racism