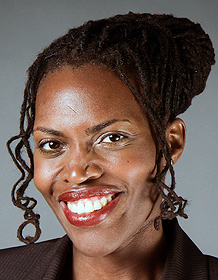 In 2010, at the end of the great recession that disproportionately harmed racial minorities and women, the federal government recognized that health disparities are caused by the social determinants of health (SDOH). In fact, research shows that SDOH account for 80 to 90 percent of health factors that contribute to health outcomes. One of the five SDOH is economic stability (employment and wages), which accounts for 40 percent of the health factors that contribute to health outcomes.

To address the SDOH and health disparities, state and local governments adopted the health-in-all-policies (HiAP) approach to integrate policy responses across sectors and used health impact assessments (HIAs) to ensure decisions regarding laws and policies consider the health impacts. Unfortunately, recent research has shown that the application of HiAP and use of HIAs has not resulted in broad changes or actual reductions in the SDOH or health disparities.

This is because neither the HiAP nor the HIAs require government officials or policymakers to understand or address historical and contemporary structural racism in laws and policies affecting the SDOH that cause poverty and lead to racial health disparities.

The difference in poverty rates is in part due to structural racism that prevents minority women from obtaining the same employment opportunities as Caucasians, limiting their ability to earn living wages. The unemployment rate for African Americans has been at least twice as high as Caucasian unemployment for all but seven years during the 53-year period between 1962 and 2015.  Research shows that more than one-third of jobs are filled through referrals, which has not changed for the last 26 years.

For example, Ezorsky reported that in the 1980s and 1990s, over 80 percent of executives found their jobs through networking and 86 percent of available jobs did not appear in classified advertisements.  Moreover, regardless of job title, industry, or location, minority women applicants were much less likely to report receiving an employee referral than their Caucasian male counterparts.

More specifically, minority women were 35 percent less likely to receive a job referral than Caucasian men  As a result of racially segregated neighborhoods, Caucasians do not interact with minorities at work, home, or other places and thus do not refer them for jobs. Consequently, Caucasian men use their power at work to refer more Caucasian men for jobs, which disadvantages minority women. Furthermore, U.S. organizations pay out employee referral bonuses. In fact, 42 percent of U.S. organizations pay out referral bonuses, and it is even higher for the technology industry, where 58 percent provided employee bonuses for referrals. Hence, these referral policies are an example of structural racism, because the policies advantage Caucasian men (the dominant group) by increasing their access to employment and referral bonuses, while limiting minority women's (the non-dominant group) access to employment and bonuses.

Even if minority women are hired, they are disproportionately employed in low-paying occupations, such as childcare, nursing, cleaning, waitressing, and teaching. Based on a Center for American Progress report, "nearly half--43 percent--of the 29.6 million employed women in the United States were clustered in just 20 occupational categories, of which the average annual median earnings were $27,383." Notwithstanding this segregation of women to low-paying jobs, when women work in similar professions and jobs as men, there are gender and racial inequalities in pay. The standard for most jobs is for employers to use past wages instead of qualifications as the basis for current pay, which advantages Caucasians, while disadvantaging minority women. This is because past wages for minority women are often less even though minority women have similar or higher qualifications than Caucasian men.
Thus, wage disparities are an example of structural racism because the standard used for current pay advantages Caucasian men (the dominant group), while disadvantaging minority women (the non-dominant group).

As a result of structural racism in employment and wages, minority women tend to live in poverty and have limited access to health care even after the implementation of the Affordable Care Act because they do not have health insurance from their jobs or they cannot afford to pay for health care. As discussed above, women are segregated to low-paying jobs that do not provide health insurance. Consequently, 1 in 10 women remained uninsured in 2017. Wage gaps also lessen the amount of income women have to spend on health care services; thus, it is not surprising that 1 in 4 women have reported delaying or forgoing health care in the past year due to costs. According to the Kaiser Family Foundation, "one in five women have postponed preventive care (19 percent), skipped a recommended test or treatment (20 percent), or made medication tradeoffs such as not filling a prescription or cutting dosages (17 percent). One in four women report that they have had problems paying medical bills (25 percent) in the prior year and one in three are currently paying off medical bills (33 percent)." Additionally, 1 in 5 women with private insurance or Medicaid has skipped treatment or a test because of cost. A lack of insurance leads to the undertreatment of those who are unable to pay, which results in unnecessary deaths.

Experiencing racism has direct biological effects that cause increased rates of disease and disability in women of color. Specifically, experiencing discrimination results in increased stress for African Americans that impairs their health status. Studies have shown that both U.S.-born and foreign-born African American women who have experienced racism were more likely to have hypertension or hypertension events.
In fact, African American women who had experienced racism and had chosen not to object to it were 4.4 times more likely to have hypertension than those who stated that they took action or talked to somebody.

The increased stress from perceived racism also affects birth outcomes by increasing African Americans' rates of infant mortality. African American mothers who delivered preterm infants of "very low birth weight" (VLBW) were more likely to report experiencing racism during their lifetime than were African American mothers who delivered infants at term. That is of great significance because VLBW "accounts for more than half of the neonatal deaths and 63 percent of the black-white gap in infant mortality in the United States."

Furthermore, research shows that there is a positive correlation between anticipation of prejudice and increased psychological and cardiovascular stress among Hispanic women. to address structural racism in employment and wages, the government needs to track hiring and wage data based on race and gender (including data concerning minority women). All companies should be required to publicly report this hiring and pay information data. Any disparities that cannot be explained by qualifications should be corrected with a monetary payout that includes interest. If a company is found to disadvantage the non-dominant group in hiring, they should be required to pay treble damages, three times the amount of damages that they cause, to members of the non-dominant group who are not hired. Companies also should be required to provide health insurance for low-wage and minority women workers. Finally, companies should be required to provide additional health care resources to minority women to cope with experiencing structural racism.

Ruqaiijah Yearby is a professor of law and director of the Institute of Equity in Society at Saint Louis University School of Law.