The Origins and Evolution of the Indian Child Welfare Act 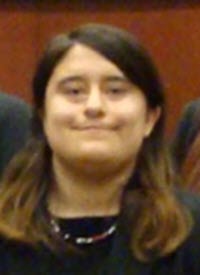 Since first contact, federal Indian policy and law has impacted American Indian children and families, targeting them as a means to assimilate Indian Nations into American society. In the beginning, Indian children were targeted for military and diplomatic purposes in order to undermine tribal resistance. This assimilation policy later shifted toward stripping these children from their culture and families by placing them in boarding schools during the 1800s, and then to removing Indian children from their homes and placing the children into non-Indian homes.

The high rates of Indian children removed from their homes led to a movement by tribal leaders, Indian activists, and Indian organizations in the 1960s and 1970s calling for Congress's attention to the Indian child crisis. In 1978, after more than four years of hearings, Congress determined that federal intervention was necessary to address the crisis and protect the stability and security of Indian Nations and their families. Congress found that when states exercised jurisdiction over Indian child-custody proceedings, they often failed to recognize the cultural and social standards of Indian families. These failures led to an alarmingly high percentage of broken Indian families. In order to address this issue, Congress enacted the Indian Child Welfare Act (ICWA) on November 8, 1978. The ICWA is a remedial statute designed to alleviate the “wholesale separation of Indian children from their families” by establishing the “minimum Federal standards for the removal of Indian children from their families and the placement of such children in foster or adoptive homes” that state courts and administrative officials must follow.

This article provides an overview of the relevant United States federal Indian law and policies that led to the need for the ICWA and provides the framework of the federal trust responsibility to Indian Nations. Second, it addresses the Indian child crisis. Third, this article explores the Indian Country response to the crisis and delves into the legislative hearings before Congress that led to ICWA's adoption. Finally, it provides an overview of the national solution to the Indian child crisis--the Indian Child Welfare Act of 1978.

Prior to the ICWA, state courts and placement agencies adopted out Indian children to non-Indian families at high percentage rates. The ICWA was designed to slow down and, ideally, stop the process of removing Indian children from their families, reservations, and culture. The statute is designed to guarantee procedural safeguards for Indian families and Nations within state forums. Since its enactment, the ICWA has been fought by pro-adoption groups in the United States. Contrary to the arguments regarding the constitutionality of the law, the ICWA is not based upon race. Similar to other federal Indian legislation, the ICWA is based upon the unique political status of Indian Nations, their members, and the trust relationship with the United States. The protection of Indian children is a part of the government's federal trust relationship with the Indian Nations. Not only does the ICWA protect Indian children, but the federal law also strengthens and supports families. For over forty years, the ICWA has been called the "gold standard" of child-welfare policy due to its emphasis on placing children with relatives as the foremost goal.

Danielle J. Mayberry is a Judicial Law Clerk at the Saint Regis Mohawk Tribal Court located in Akwesasne, New York. She is an alumna of Jamestown College and the University of Idaho College of Law. Danielle is a citizen of the Te-Moak Tribe of Western Shoshone.