Foreword to The Republication of Racializing Environmental Justice 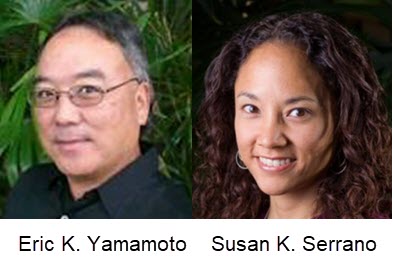 “Systemic racism!” The burgeoning 2020 Black Lives Matter protests vaulted this formerly whispered phrase into mainstream public consciousness. Through news headlines, social media, educational classes, opinion essays, word of mouth, and more, America grappled with the enormity of racism as a form of oppression of people and communities, as something far more insidious than simple unequal treatment of individuals because of skin color.

But what do we--encompassing policymakers, courts, communities, scholars and media--mean when we say, “America must address its systemic racism”? Particularly when social-legal systems of racial oppression are linked to what is expansively called “the environment”? Nearly twenty years ago, as I attempted to craft answers, I ran headlong into a conceptualpractical challenge: a seemingly one-size-fits-all approach to environmental racism.

The prevailing approach tended to roughly link an environmental resource (land) to a civil rights violation (unequal treatment) in the siting of hazardous or undesirable facilities. A significant advance. But the approach fostered legal claims devolving into fights about proof of racially discriminatory intent, often missing in language, claims, and outcomes what was really at stake for differing communities--and indeed how those communities interacted with and valued “the environment.”

As I wrote then in my Article, Racializing Environmental Justice, in this law review, co-authored with then-law student Jen-L Wong Lyman, the

established environmental justice framework tends to treat racial minorities as interchangeable and to assume for all communities of color that health and [equal] distribution of environmental burdens are main concerns. For some racialized communities, however, ... and particularly for some indigenous peoples, environmental justice is mainly about cultural and economic self-determination [rather than equal treatment] and belief systems that connect their history, spirituality, and livelihood to the natural environment.

I then offered a “racializing environmental justice” method of inquiry and analysis that built on concepts of “differential racialization” and “differential empowerment.”

To better ... grapple concretely with the 'racism’ and 'justice’ components of environmental justice, the racializing environmental justice method inquires into the ways racial (and Native) communities acquire differing identities, status, and power, and how those differences affect their respective connections to 'the environment.’ By acknowledging ... [those] distinctions, the method also frees those communities and their advocates to identify, and [meaningfully] coalesce around, the similarities of treatment by public and private entities with political and economic power.

Drawing from my earlier Critical Race Theory writing, I thus suggested that “[w]hat is needed is a framework that more subtly interrogates social, political, historical, cultural and power interactions among whites and racial and indigenous groups.” “Differential racialization, within a historical setting marked by white supremacy, fosters a kind of inquiry ... that addresses often substantial differences among immigrant racial populations in America, imported slaves, and conquered indigenous peoples.” Only after grasping the particularities of the “injustice”--suffered by groups in specific situations--can we begin to fashion individual or collective reparative approaches to doing environmental justice.

Especially for Native Americans and Native Hawaiians, the threshold inquiry into environmental injustice “focuses on the effects of land disposition, culture destruction, loss of sovereignty, and, in turn, on claims to self-determination” in managing land and water and to “nationhood (rather than to equality and integration).” And it “urges us ... to begin treating racial and Native communities and their relationship to the environment with greater complexity based on each community's cultural, historical, and political experience, and its specific needs and goals.”

Back then I employed the framework to illuminate the struggles of a historically significant Black American church in challenging a local government's approval of a nearby landfill. In rejecting the lawsuit's “unequal treatment” claim, the court found inadequate evidence of “discriminatory intent.” Significantly, the lead claimant-group in the suit was a predominantly white-led environmental group. It first raised its own environmental claims about traffic and noise pollution. Only later did the claimant invoke racially disproportionate siting. It did so, though, without advancing the real environmental injustice: the spiritual and cultural desecration of a sacred place founded by freed slaves that served as a hub for worship and Southern Black community life for generations. By the time the church fully entered the fray, it was too late. The court's ruling “undermined the black community's ability to call the local government to account for the potentially devastating social and cultural impacts” on the community's “environment.”

I also employed the framework to examine a water controversy in Hawai'i. A range of private and public disputants initially framed the dispute as bolstering a tourist-driven state economy through agriculture and development at the minimal cost of diverting water flow for a few farmers, environmentalists, and Native Hawaiians. The racializing environmental justice inquiry reframed the injustice: The century-old wrongful diversion of nearly all water from windward streams--originally by agribusiness and currently by developers--decimated Hawaiian communities and traditional indigenous land and cultural practices. And it also recast the remedial imperative--restorative justice for Native Hawaiians. This meant partially reinstating traditional water flows back to windward streams to resurrect native cultural practices, to reanimate spiritual and economic interconnections among land, water, and people, and to serve values of indigenous self-determination.

That was then. Today, environmental justice is marked by considerable progress, both in theory and practice. And with the intense pressures of global warming and inter-state energy development--and the largely anti-environment practices of the former Trump Administration--the recognized “injustices” sustained by the environment have expanded manifold. Among them are the “long-standing burdens low-income and minority communities have shouldered when it comes to dirty air and water” that the Biden Administration now signals it will address.

Yet, conceptual and practical challenges remain in grappling with environmental racism in this fashion. On the one hand, the one-size fits all approach still often carries the day. The linguistic lumping together of “low-income and minority communities” flattens the problem and hence remedial pathways. On the other, the environmental injustices suffered by racial communities no longer subsume those of Indigenous Peoples.

In the wake of Black Lives Matter protests, the State of California approved path-forging 2020 legislation creating a California task force to conduct a sweeping examination of slavery in California and the United States and to assess the historical and contemporary socio-economic consequences of widespread discrimination against freed Black slaves and their descendants. Standing side-by-side with this initiative, California also has apologized to Native Americans and established a “Truth and Healing Council” to construct a clarified historical record on the state's systemic oppression of Native peoples and to foster tribal self-governance and management of land trust resources “in the spirit of truth and healing.”

That effort examines the extensive physical, cultural, and environmental harms to California's numerous Native American groups to promote, among other things, “stewarding and protecting this land that we now share.” The Council's work is partly premised on political recognition that environment-related injustices suffered by Indigenous Peoples often differ culturally, physically, and spiritually from the disproportionate pollution and siting burdens suffered by “low income and minority communities.” One size need not fit all.

Native Hawaiian legal scholar D. Kapua'ala Sproat draws on the racializing environmental justice inquiry to craft a restorative justice framework linking Indigenous environmental justice claims and human rights principles of self-determination. Acknowledging the often stark differences between groups seeking “equality” and those seeking a form of self-determination, she interrogates the legal controversy over the decades-long diversion of water from Na Wai 'Eha, the “Four Great Waters” of Central Maui. Employing an expanded framework emanating from local legal regimes, she also maps the contours of an Indigenous right to environmental self-determination through the crafting of meaningful remedies for climate change's impacts on land, water, and Indigenous subsistence and cultural practices.

The forthcoming second edition of Native Hawaiian Law: A Treatise similarly employs a contextual approach that in part embraces the racializing environmental justice inquiry as part of a restorative justice framing of Native Hawaiian law. Its “Traditional and Customary Rights and Practices” chapter describes Hawai'i state law's commitment to restorative environmental justice most significantly through several 1978 landmark amendments to Hawai'i's Constitution, including the recognition of and protection for traditional and customary practices and the adoption of the public trust doctrine.

Indeed, the historic Native Hawaiian resistance movement to block the construction of the Thirty Meter Telescope atop Mauna Kea, Hawai'i's largest and most sacred mountain, can be understood as an Indigenous environmental justice issue. Decades of state mismanagement on a mountain already crowded with thirteen telescopes caused well-documented natural and cultural destruction. But the struggle on the mountain is about much more: it is emblematic of the longstanding damage of U.S. colonization (land dispossession, cultural destruction, and the loss of political sovereignty), and in turn represents an Indigenous restorative justice movement for self-determination, including the return and restoration of ancestral land and resources.

Native American scholars and others similarly illuminate the racializing environmental justice themes in their analyses of Native Peoples' movements to protect land, resources, and sacred spaces. Global Studies scholar Jaskiran Dhillon contends that the Standing Rock Sioux resistance to the Dakota Access Pipeline “illustrates that a fight for environmental justice must be framed, first and foremost, as a struggle for Indigenous sovereignty.” American Studies scholar Nick Estes similarly asserts that a July 2020 court ruling halting oil flow through the Dakota Access Pipeline is “part of a broader movement for decolonization that seeks to restore land to Indigenous people and implement a much more comprehensive framework for environmental justice.” A sampling of other recent books and law review articles also reveals similar themes of Indigenous selfdetermination in the face of tailored notions of environmental injustice.

In the face of mounting environmental desecration, the new Biden-Harris Administration highlighted environmental justice as a high priority. How that commitment plays out in the policy halls and courts will depend in part on how disparate groups, government officials, and scholars grapple with how “environmental injustice” is experienced on the ground by cultural communities. The racializing environmental justice framework advanced twenty years ago sought to infuse complexity into that assessment and encourage nuance in fashioning tailored justice remedies. And it emphasized the multifaceted nature of environmental justice for Indigenous Peoples.

This Foreword points to both the persistence of the original narrow framing as well as a substantial remaking of understandings of environmental justice particularly for Native Hawaiians and Native Americans. What will come next?

Fred T. Korematsu Professor of Law and Social Justice, William S. Richardson School of Law, University of Hawai'i. Copyright Eric K. Yamamoto 2021. The first part of this Foreword is written in my voice. The concluding part is written in a collaborative voice shaped mainly by Professor Susan K. Serrano.