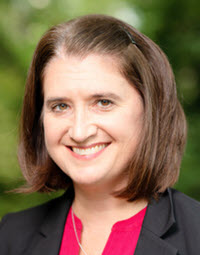 One legacy of the environmental justice movement is documenting the unequal distribution of environmental harms and benefits throughout American society. These inequalities are inscribed in our urban physical spaces by laws and policies designed to exclude African Americans and other minority groups from lands and spaces constructed and preserved for whites only. This Article traces this history, identifying ways in which laws designed to address racial discrimination fail to provide remedies for structural inequalities; and suggests that Justice Anthony Kennedy's “equal dignity” approach in Obergefell v. Hodges has the potential to be a necessary first step toward redress. The Article is excerpted from the book Environmental Law, Disrupted, to be published by ELI Press later this year.

One of the legacies of the environmental justice movement is the documentation of the unequal distribution of environmental harms and benefits throughout American society. By drawing attention to the spaces where people “live, work, and play,” the movement exposed how environmental laws and policies fail to protect low-income, minority, and tribal communities from the health effects of air pollution and land contamination, just as they fail to provide basic public goods such as clean drinking water, green space, and safe housing. Although the Donald Trump Administration actively sought to undermine progress in addressing environmental injustices, it could not erase the lived experiences of individuals in communities such as Flint, Michigan, where drinking water still contains dangerous levels of lead; and Richmond, California, where people suffer disproportionately high rates of cancer, asthma, and heart disease. Both are majority-minority communities, where many live in poverty.

The reality that health and well-being correlate strongly with zip code sparked a debate about causation in the legal scholarship several years ago. The question was of the chicken-and-egg variety: Did living in a low-income, minority community make it more likely that a heavily polluting industrial plant (like the Chevron refinery that polluted the air in Richmond) would locate near these communities, or did the presence of intensive land uses depress property values and transform a previously middle-class neighborhood into a less desirable one? Unfortunately, this debate missed the bigger picture because it failed to look at all the variables in their historical context over time. The siting of an undesirable land use is part of a much longer story of de jure segregation and racial discrimination that unfolded throughout the 20th century.

Today, these inequalities are embedded in the American landscape. They are inscribed in the physical spaces of our urban environments by laws and policies designed to exclude and divest African Americans and other minority groups from lands and spaces constructed and preserved for whites only. Although some urban spaces were beginning to integrate in the late 19th century, laws at all levels of government in the early 20th century sought to undo progress toward integration and normalize residential segregation throughout urban environments. Private covenants, racially discriminatory zoning, and federal mortgage and development policies determined where African Americans could live and ensured that home ownership was unavailable to them. Intentional laws and policies created widespread residential segregation by forcing African Americans to live in designated spaces with little opportunity for educational or financial mobility and no means of exit. These spaces are often euphemistically referred to as the “inner city,” though they clearly fit the definition of a ghetto.

The history of how law shapes the landscape of our cities is a history of how law “legitimates spatiality.” Not surprisingly, scholars in the field of law and geography have used the “map as a metaphor for the ways in which law interprets, describes, and explains its subject matter.” But zoning maps of our urban environments are more than metaphors; they are evidence of how law has interpreted social norms of discrimination. When federal law blocks access to mortgages in racially integrated communities and endorses the use of racially restrictive covenants to preserve “stability,” the law legitimates notions of white superiority by producing a racialized geography that makes racial segregation appear natural.

We therefore need to “take[ ] account of the spatiality of law” to dismantle its normativity. That is, we need to dig deeper when considering why a zip code correlates with increased health and environmental risks and take account of the role of law in creating the geographies that shape lived experiences. This Article makes a modest contribution toward that goal. It begins with an overview of the history of the legal discrimination that has shaped urban landscapes and created the residential segregation that exists today. It then turns to a discussion of how this racialized geography results in environmental injustices in the form of increased health costs and lost opportunities for minority communities.

The second half of the Article begins by identifying the ways in which laws designed to address racial discrimination--such as the Equal Protection Clause and the Fair Housing Act--fail to provide remedies for the structural inequalities produced by decades of intentional discrimination in housing law and policy. The U.S. Supreme Court's approach to antidiscrimination laws validates facially neutral laws with discriminatory effects and precludes race-conscious laws and policies that seek to remedy structural inequalities. Meaningful pathways for reform require a disruption in the Court's equality jurisprudence. The final section suggests that Justice Anthony Kennedy's “equal dignity” approach in Obergefell v. Hodges has the potential to unsettle certain tenets of the Court's due process and equal protection doctrines--a necessary first step toward the disruption necessary to redress structural inequalities.

The dissenting opinions in Obergefell stress the importance of constitutional doctrine moored in history and tradition. Quoting substantive due process precedent, Chief Justice Roberts emphasized the importance of history and tradition in curbing the judicial activism associated with the Lochner era: “Our precedents have required that implied fundamental rights be 'objectively, deeply rooted in this Nation's history and tradition,’ and 'implicit in the concept of ordered liberty ....”’ In his view, grounding a right in history ensures that judges do not expand or invent rights based on their own values.

Justice Kennedy's response is that history and tradition matter, but they are not the end of the inquiry. Missing from this debate is the caveat that “history” is often defined by those in power. Moving forward, a robust antisubordination theory of liberty and equality would recognize the importance of historical narratives that reflect the lived experiences of historically subordinated groups.

These historical narratives are the stories that “disrupt” what appears natural and given in today's urban landscapes. The structural inequalities that underlie residential segregation and environmental injustices in our urban spaces developed over time and are reinforced daily in both obvious and subtle ways. These are not problems that have easy or inexpensive solutions. But the first step to addressing these inequalities is to see them as products of intentional policies, rather than as a natural part of the way things are. With this recognition comes an openness to look beyond the surface and expose the history behind the racialized geography of our cities.

Another story about Richmond, California, illustrates how the willingness to see a place's history from the perspective of subordinated groups can create openings for laws and policies to account for that history. In 2012, state and federal wildlife agencies began assessing natural resource damages to Castro Cove in San Pablo Bay, an area near Richmond contaminated by pollutants from the Chevron refinery. To compensate for the damage, agency officials originally proposed restoring wetlands in San Pablo Bay National Wildlife Refuge about 10 miles north of Richmond. The people of Richmond objected and advocated for the restoration of wetlands in close proximity to a predominantly African-American neighborhood in Richmond. At first, the policymakers rebuffed Richmond's objections, citing the greater cost-benefit ratio of the refuge site and its relatively close location--only 10 miles away from Richmond.

In the end, the compensation funds were split between the two sites. What changed? One California natural resource economist described why his thinking changed:

When the people we are supposed to be compensating are complaining about our proposal, that's a red flag that perhaps our criteria are biased, our evaluation is wrong, and that their values are not the same as our values. And they are the ones who matter. As trustees, we were supposed to ensure the compensation of the impacted people. We are obligated to see the world through their lens.

To see the world through this lens is to see through the lens of history. Although half of a restoration project is a small step, it is a step nonetheless. It is also a reminder that laws and policies can leave room for people to act in ways that take account of race and structural inequality.

Shannon Roesler is a Professor of Law at the University of Iowa College of Law.