Deserving a Place at the Table: Effecting Change in Substantive Environmental Procedures in Indian Country 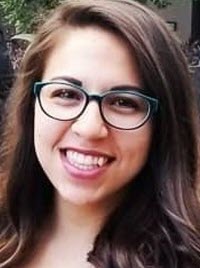 Smoke Signals is one of the first all Native American films: Natives acted in principle roles, directed, wrote, and produced this movie. The movie is about two young, Coeur d'Alene Indian boys, Victor and Thomas, who travel to recover the ashes of Victor's deceased, estranged father. On the bus ride, two white men take the seats where Victor and Thomas previously sat. One of the guys dissuades Victor and Thomas from reclaiming their seats, saying, "Now listen up. These are our seats now and there ain't a damn thing you can do about it. So why don't you and super injun there find someplace else to have a powwow, ok?" After a failed attempt to get their seats back, Victor and Thomas are forced to relocate to another seat near the back of the bus. The two boys sit down, frustrated. Thomas says to Victor, "Man, the cowboys always win! Look at Tom Mix! What about John Wayne?" This scene tells a small part of the Native American narrative and the ongoing dynamic between the federal government and Indian tribes.

The relationship between the federal government and tribes has been strained since European contact. The narrative is a repeated forced removal of tribes and their peoples from their ancestral lands at the behest of the federal government. The plenary power of Congress and countless court cases have created a power dynamic in which the federal government can do anything to Native American communities and lands and there is not much that tribes can do about it. Without a change in substantive procedures in federal programs and legislation, tribes cannot hope to affect environmental justice by changing their low priority regarding federal and state government procedures with federal domestic projects that affect tribal lands and peoples. Native American governments and their peoples should have a substantive say in how state and federal governments and private entities use their ancestral lands, especially when it affects resources used by Indian peoples and communities.

This Note posits that a dichotomy and disconnect between the federally mandated procedures and the substantive actions of the federal government's dealings cause environmental controversies in Indian Country. Although many environmental issues within Indian Country exist because of this disconnect, this note will focus on Indian tribes and governmental relations. This note will use the National Environmental Protection Act ("NEPA") and domestic oil pipelines--specifically the recent Dakota Access Pipeline--as an example of the current tribal-federal structure.

Part I will define and discuss the legal history of the term "Indian Country" as it pertains to tribal-federal relations within NEPA.

Part II will provide further insight on what the Supreme Court has termed "environmental justice."

Part III will discuss the Dakota Access Pipeline and how this pipeline converges into the general domestic oil pipeline framework. Part III will also include the issues that Indian Country faces as a result of tribal-federal procedures.

Finally, Part IV will propose solutions that will benefit Indian Country, the federal government, and the environment.

Hundreds of years of Federal Indian Law has shaped the way governments and private entities view and interact with Indian nations and tribes. Environmental Justice is the current mechanism that tribes could use, that has worked recently, to work to better their tribal communities and be recognized as a governmental entity that needs to be properly and adequately consulted in dealings directly relating to tribal communities and resources. It is a new era for tribal governments that should be afforded to a people that have inhabited the United States since time immemorial. Since the land and our communities are at the essence of tribal governance, tribes and other decision makers must start to work together to safeguard a better and more efficient future.

Government-to-government interaction and tribal-federal relations must be improved upon. Environmental justice issues as discussed in this note should be a catalyst to change the stilted and strained relationship. Self-determination and concern for the indigenous lands, people, and general welfare should lead the way for tribes to change the way they are treated by the government and private entities. It is only through a betterment of tribal-federal relations that environmental justice can be employed to ensure a brighter, healthier future.

JD Candidate, James E. Rogers College of Law, University of Arizona, Indigenous Peoples' Law & Policy Program. I am the daughter of Ed and Monica Zendejas and a member of the Omaha Tribe of Nebraska, Sky People, Thunder Clan. I was proudly born and raised in Omaha, Nebraska.