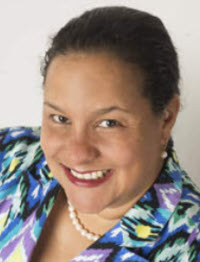 At 12 p.m. on Friday, May 1, 2020, Governor Michelle Lujan Grisham responded to an urgent request from the mayor of Gallup, New Mexico and declared a state of emergency under the state's Riot Control Act in response to conditions caused by COVID-19. The Governor closed all roads into Gallup and closed all businesses in the city from 5 p.m. to 8 a.m. Governor Grisham further ordered that vehicles have a maximum of two individuals and instructed residents to stay at home, except for emergencies and essential outings. Gallup City Police, the McKinley County Sheriff's Department, the New Mexico State Police, the Department of Transportation, and the New Mexico National Guard enforced this effort. The Navajo Nation's President, Jonathan Nez, restricted all off-reservation travel, closed government offices, and imposed a strict curfew. By late November 2020, in response to a surge in positive COVID-19 cases, the Nation imposed a “Shelter in Place Lockdown Order” from November 16, 2020 to December 6, 2020, because the Nation had thirty-four communities with “uncontrolled spread” of COVID-19. As of late January 2021, the number of communities within the Nation with an “uncontrolled spread” increased to fifty-three.

The Navajo Nation has the most COVID-19 (literally “big cough,” or “Dikos Nitsaa'igii-19” in the Navajo language) cases of any tribe in the United States. McKinley County, San Juan County, and Cibola County--which encompass the New Mexico portion of the Navajo Nation--have experienced a dramatic outbreak of COVID-19. At one point, McKinley County had the most positive cases in the entire state, registering more than one-third of New Mexico's total COVID-19 cases. Indeed, by late May 2020, the Nation had surpassed New York and New Jersey for the highest coronavirus infection rate in the United States. The total number of cases in the Navajo Nation reached 10,728 by early October 2020, climbing to 15,374 cases by late November. COVID-19 deaths in the Nation (population 173,667) reached 638 by late November 2020. As Christmas 2020 approached, the Nation had a total of 20,569 confirmed positive cases and 742 reported deaths from COVID-19 since March 2020. By February 16, 2021, the number of cases had risen to 29,308 and the number of deaths from COVID-19 in the Navajo Nation had risen to 1,112. By April 19, 2022, the Navajo Department of Health was reporting that 1,741 Navajo residents had passed on.

In both an absolute sense and comparative sense, COVID-19 is infecting and killing people inside the Navajo Nation at a higher rate than in nearby states. According to CNN, citing data from John Hopkins University, at its peak in May 2020, the Nation had 2,304 cases of COVID-19 per 100,000 people, compared to the New York State rate of 1,806 cases per 100,000 people. Similarly, the state of New Mexico (population 2.1 million people) had registered 3,430 deaths from COVID-19 by February 10, 2021, giving the state a mortality rate of 163 deaths per 100,000 people (or 1.6%). By contrast, the Nation, which has about 10% of the population of New Mexico, registered 1,075 deaths in the same time period, or nearly one-third as many deaths as a jurisdiction with ten times its population. Notably, the mortality rate in the Nation is four times higher than the mortality rate in New Mexico over the same period of time. The infection rate in the Navajo Nation is much higher than the local population clusters of Denver, Albuquerque, El Paso, and Phoenix.

By February 2021, vaccinations had begun on the Navajo Nation. According to one source, as many as 25% of the Nation's population had been vaccinated by February 10. However, both a curfew and a shelter in place order remained in effect, and positive cases and deaths continued to rise rapidly.

Despite these glimmers of hope, we are still left with the task of explaining the disproportionate impact of COVID-19, which the Navajo people have suffered. As CNN stated, “[o]ne thing is clear: Covid-19 has only magnified the systemic inequalities that persist in the U.S.” and amplified long-standing health and economic disparities. According to Ndidiamaka Amutah-Onukagha, an Associate Professor of Public Health at the Tufts School of Medicine, “the mortality and morbidity ... [with] COVID-19 is directly related to decades of systemic racism and the impact of racism on communities of color.”

Echoing these views, Dr. Olugbenga Ogedegbe, the Director of the Division of Health and Behavior, and a Professor of Population Health and Medicine at New York University's Grossman School of Medicine states:

“[New] studies ... suggest that there is no innate vulnerability to the virus among Black and HispanicAmericans ... Instead, these groups are more often exposed because of social and environmental factors.”

Epidemiologist Jon Zelner of the University of Michigan concurs, observing that the toll on communities of color, “could easily have been ameliorated in advance of the pandemic by a less threadbare and cruel approach to social welfare and health care in the U.S.”

This Article focuses primarily on one factor that has contributed to the poor health of the Navajo people: decisions about mineral extraction by the U.S. Federal Government--particularly, the Department of the Interior--on the land known as “Navajo Nation.” This Article does not attempt to definitively establish the causal chain between Navajo infection with COVID-19 and the Navajo people's exposure to debilitating health conditions caused by mining. I leave that to medical doctors, economists, epidemiologists, and statisticians. Nevertheless, the correlation is strong. The following facts are certain: (1) communities of color have been disproportionately affected by COVID-19; (2) NativeAmericans, particularly the Navajo, are among the hardest hit of the communities of color by COVID-19; and (3) the Navajo have been exposed to an unusually high level of toxins over the past century. The problems identified and the solutions and remedies presented here, however, are only one part of a comprehensive solution that is necessary to ensure the health and welfare of citizens of the Navajo Nation.

Compelling evidence demonstrates that U.S. energy policy--particularly with regard to coal mining, and energy generation based on coal--has resulted in deeply adverse effects on Navajo health. As discussed above, U.S. energy policy has contributed to the susceptibility of the Navajo people to this new form of infection. In addition, the near total failure of federal and state governments to help electrify Navajo, while sending power to every non-Indian city in the near vicinity, has aggravated the matter. The disproportionate loss of Navajo elders, who have been hit particularly hard by Covid-19, compounds the tragedy of the general loss of life from this disease.

Writing in the New England Journal of Medicine, Egede and Walker observe that “structural racism exists because discriminatory practices in one sector reinforce parallel practices in other sectors, creating interconnected systems that embed inequities in laws and policies.” They provide a call to action: “Given the tragic effects of the convergence of racism, social risk and COVID-19, we hope that the U.S. experience of the pandemic becomes a call for changing the systems that perpetuate poor health.”

This article has attempted to demonstrate that one of the systems that perpetuate poor health is the U.S. Energy Industrial Complex. Electrical power has been developed in Indian Country in a manner “both uneven and unequal.” The extraction of uranium and coal mining have not been beneficial to the Nation. The Nation has been industrialized, yet the Navajo did not share in the benefits of that industrialization. The Nation has been heavily polluted by oil and gas wells, coal, uranium, and other substances--licensed, leased, and managed by the United States, leaving Diné sick and dead, leaving the Nation deficient in infrastructure, in terms of hospitals, water or enough electricity to put “a light bulb in every hogan.”

Although the Navajo have suffered mightily at the hands of the U.S. Government, the Navajo are not victims. They are brave, resilient, proud, and strong people. They have supported the United States in wartime and in peacetime, despite suffering wrongs at the hands of the U.S. Government that would have wiped out many other peoples. Yet, to say that the Navajo have survived, does not address the wrongs that they have experienced.

The Nation needs complete electrification, investment in a modernized grid, and investment in energy producing renewable resources such as solar and wind. Who are the stakeholders that should be involved in this effort at reparations? The Nation must direct all such efforts. One way of ensuring that these decisions are made holistically may be to ensure that energy decisions must be governed by Hozhooji k'eiina (a blessing way of living life in relation to all living beings). Further, attention should be paid to the Navajo ethic of t' aa hwo aji t'eego, which is an expression of hard work and the maintenance of one's livelihood on ancestral lands.

Funding should flow from the federal government, cities who have benefited from energy extraction on Navajo (including Los Angeles, Phoenix, Albuquerque and El Paso), state governments (including New Mexico, Arizona, Utah, Texas, Colorado and California) and coal companies. These entities should partner with Navajo and build out renewable energy, particularly solar and wind on Navajo. Such an initiative would create a variety of skilled, clean, and green jobs for Navajo citizens. The economic literature provides significant support for the idea that investments in infrastructure have significant positive multiplier effects. Neighboring State governments could also take the opportunity to convert their grids from fossil fuels and update their grids in the process.

We cannot undo the centuries of damages that the United S has inflicted on NativeAmericans, or the Nation. We cannot return the Nation to its pre-conquest state. Yet, with a strong dose of political will, the U.S. Government, in concert with state governments, private energy companies, and nonprofits, led by the Navajo themselves, can help the Nation attain a state of improved health, increased wealth, and expanded sovereignty.

Warigia M. Bowman, J.D., Ph.D. is an Associate Professor at the University of Tulsa College of Law.