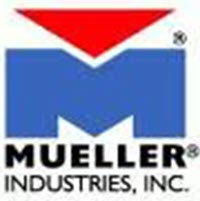 The Seventh and Fourth Circuits addressed whether a Caucasian (white) employee had standing under Title VII to complain about a hostile work environment where the alleged harassment was targeted against African-American employees.

In Walker v. Mueller Industries, Inc., Walker was employed as a warehouse worker. He complained to the warehouse manager that African-American employees were subject to racial discrimination at the warehouse. The complained-of conduct took various forms, including instances of workplace harassment, such as co-workers singing racially derogatory songs, references to African Americans as “monkeys,” and graffiti including “N-I-G-A” written throughout the warehouse. According to Walker, after he began to alert management to the discrimination his co-workers were experiencing, the company began to retaliate against him for the complaints, excluding him from more desirable work assignments and a supervisory position and subjecting him to workplace harassment.

Walker never complained about racial discrimination directed at him. Instead, Walker asserted a “derivative claim of discrimination based on the hostile environment allegedly perpetrated against African-American workers … .” That claim, the district court concluded, was foreclosed by the Seventh Circuit's opinion in Bermudez v. TRC Holdings, Inc. The Bermudez court, after noting an even split among the judges of the Fourth Circuit on this question in Childress v. City of Richmond, Va., concluded with the qualification that “[w]e need not come to rest on the subject today … .” Instead, the Seventh Circuit proceeded to reject the hostile environment claim for lack of proof that the harassment “poisoned the working atmosphere” for the plaintiff.

The Walker court disposed of Walker's claim on the same basis. It assumed that the conduct of which Walker complained was severe and/or pervasive enough to render the distribution center hostile for African-American employees. The court found “[a]s a bystander, Walker was disturbed by the harassment, as any enlightened employee would have been.” However, the court found significant that “Walker has made no attempt to establish that the conduct was so offensive to him as a third party as to render the workplace hostile not only for him but for any reasonable employee who likewise was a bystander rather than a target of the harassment.” Walker also argued that he suffered discrimination because of his association with African-American employees. However, he failed to make this argument in the district court, therefore he forfeited this theory of discrimination. Walker did assert that punitive measures were taken against him because he pursued claims of discrimination on behalf of his African-American colleagues. This claim, the Seventh Circuit, understood as a claim of retaliation rather than direct racial discrimination.