Prevailing Wage Legislation and the Continuing Significance of Race 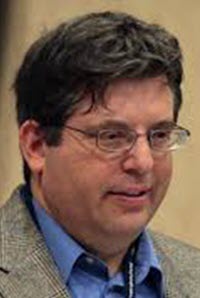 Research on how twentieth-century government regulation of economic activity contributed to the oppression of African Americans has traditionally focused on Jim Crow legislation in the American South. More recently, scholars have documented the ways that other types of government regulation, ranging from federal and state labor laws to federal housing and mortgage policies, have harmed African Americans. The contribution of federal, state, and local regulation to racial inequality received significant mainstream attention thanks to the publication of Ta-Nehisi Coates' much discussed-essay, The Case for Reparations. It is, therefore, a propitious time to examine the largely unknown discriminatory origins and effects of prevailing wage legislation.

Since the early twentieth century, labor unions have lobbied federal and state governments to enact and enforce laws requiring government contractors to pay “prevailing wages” to employees on public works projects. These laws, currently active at the federal level and in approximately thirty states, typically in practice require that contractors pay according to the local union wage scale. The laws also require employers to adhere to union work rules. The combination of these rules makes it extremely difficult for nonunion contractors to compete for public works contracts.

Part I of this Article discusses the discriminatory history of the most significant of all prevailing wage laws, the Davis-Bacon Act. As discussed below, Davis-Bacon was passed with the explicit intent of excluding African American workers from federal construction projects, and its discriminatory effects continued for decades.

Regardless of intentional discrimination, prevailing wage laws give an advantage to union contractors and labor unions, while people of color are much better represented in the nonunion sector of the industry. The seniority system favors older white male workers who received their jobs when discrimination was still rampant over younger, more ethnically diverse construction workers.