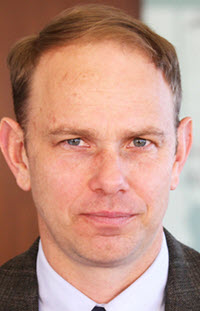 In her landmark article “Second-Order Diversity,” Heather Gerken advances a new definition of diversity, one that emphasizes differentiation across institutions, rather than within them. As Gerken puts it, diversity within institutions--such as classrooms--constitutes only one way of thinking about the concept, what she refers to as “first-order” diversity. While diversity across institutions constitutes a second way of thinking about the concept, or what she terms “second-order.” Second-order diversity, continues Gerken, includes institutions where minorities are able to wield the same power typically reserved for majorities, giving them the opportunity to express themselves in ways not possible in conventional, majoritarian contexts. To illustrate, Gerken provides two examples: majority-minority electoral districts and majority-minority juries--both of which have garnered considerable critical attention.

Given short shrift in Gerken's analysis, however, are schools. To her mind, schools occupy a different constitutional domain than either electoral districts or juries, for they tend to be focused more on “inculcating civic morality” than enhancing “political agency or expression.” This Article challenges that position, countering that schools today are in fact deeply engaged in political agency and expression and stand to be considered through the lens of second-order diversity, as well as first. This is particularly true of primary and secondary schools in urban districts, where reform groups like Forward through Ferguson and Black Lives Matter have moved beyond integration and begun to advocate for policy solutions more aligned with second-order diversity than first. It is also true for higher education, both in the context of historically Black colleges and universities (HBCUs), as well as majority white schools, where minority students have called for their own organizations, their own events, and in some cases even their own academic departments.

That minorities might seek to carve out their own spaces was never envisioned by the Supreme Court in Brown v. Board of Education and has been generally cast as a failure of intentionality by scholars committed to the ideal of integration. So too have integration scholars declared the resegregation of urban schools to be a failure, though many of their proposed solutions--busing, multi-district remedies, and creative assignment plans-- have all been struck down by the courts. This leaves us at an apparent impasse. However, scholars of democratic design like Heather Gerken have long dealt with similar problems in other contexts, most notably electoral districts and juries, both places where minorities have suffered considerable discrimination in the past. Indeed, Gerken's interest in second-order diversity itself began as an effort to think creatively about the problems that racial minorities face in democratic societies, a problem that might be better solved through “a structural rather than rights-based” frame.

This Article borrows from Gerken's analytic to illustrate how majority-minority schools and minority spaces within majority schools provide minorities with room to: 1) dissent by deciding, 2) turn the tables on majorities, and 3) cycle through new pedagogical approaches that do the ideological work necessary for political action, whether by galvanizing minority identity and/or theorizing minority strategy.

Central to this Article is new sociological research suggesting that diversity does not always operate in the way that we, or the courts, tend to assume. According to the prevailing view, diversity contributes to pedagogy by encouraging statistical integration; in other words, the placement of students from different backgrounds in the same classrooms, thereby facilitating cross-racial understanding and cross-racial discussion. However, new research indicates that minority students do not necessarily see integrated classrooms as the only benefit from diverse academic settings. Many also benefit from spaces where they are the majority, both socially and academically. Such “second-order diversity” locales are valuable because they provide minority students with a respite from implicit and explicit bias, as well as intellectual zones where they can exchange ideas, trade strategies, and do the theoretical work necessary to enhance minority agency and expression in the political sphere.

No better example of this exists than African American Studies, an intellectual discipline forged expressly to create a majority-minority space within majority white schools. Borne out of student activism in the 1960s, Black Studies programs were conceived both as academic disciplines and also political spaces, places for generating leaders and sharing intellectual resources with neighboring Black communities. According to historian Martha Biondi, the call for Black Studies presumed that “the entire nation's educational system [was] a contested and profoundly significant space: a means of racial domination, on the one hand, or a path to [B]lack empowerment on the other.” No better example could be provided of how education might extend from the inculcation of civic values to the enhancement of minority agency in politics, as this Article will demonstrate.

The Article proceeds in three parts.

Part I suggests that diversity has always existed in some tension to integration, and that the Supreme Court's elevation of diversity to the level of a compelling interest was a reaction to, rather than a fulfillment of, the assimilationist ethos in Brown.

Part II applies Gerken's notion of second-order diversity to primary and secondary schools, suggesting that reformers have begun to move away from integration and toward an ethos of minority empowerment uniquely tailored to the needs of under-privileged urban children.

Part III shows how second-order diversity operates at the level of higher education, both in the context of HBCUs and also majority white institutions where minority students have successfully forged their own spaces, their own student organizations, and even their own academic departments.

The role that diversity has played vis-à-vis schools has never been fully understood. As this Article argues, Brown v. Board of Education did not recognize diversity as a relevant constitutional concept and in many ways discounted it. Relying on Gunnar Myrdal's conclusion that Black America was pathological, Brown declared assimilation, not difference, to be the solution to America's racial “dilemma,” a move rejected by many--white and Black--in the American South. Justice Lewis F. Powell, Jr. expressed this view by elevating diversity to the level of a constitutional interest in Regents v. Bakke, a decision that liberals and conservatives alike misunderstood, falsely equating the concept to statistical integration.

Heather Gerken provides us with a way out of this quandary and with an avenue to think about schools in a post-Brown era marked by retrenchment and reaction. For school districts that have re-segregated due to white flight, for example, Gerken's theory of second-order diversity provides us with a new way of thinking about primary and secondary education, focusing on the needs of minority students in majority-minority settings. Already, education reformers in groups like Forward through Ferguson and Black Lives Matter have begun down this road, rejecting integration as a relevant policy goal.

Statistical integration also seems less critical to higher education. Liberal reformers like Black Lives Matter and conservative voices like Justice Clarence Thomas have both voiced a recommitment to majority-minority education in the form of historically Black colleges and universities. Meanwhile, minority students at majority white institutions have worked diligently to carve out their own spaces, including their own student organizations, their own events, and--after dogged protest--their own academic departments. Perhaps no department is a better example of this than Black Studies.

Black Studies imagines a community of scholars and students who are predominantly African American, not white, to accomplish the goals that Heather Gerken identifies with second-order diversity. Yet, Black Studies is often ignored by schools seeking to defend diversity. For example, Harvard University avoided any mention of Black Studies in its recent case against Students for Fair Admissions, or SFFA. Harvard also failed to mention the various student organizations founded by Black students to create majority-minority space, not to mention majority-minority events like Black Graduation. Instead, Harvard focused on first-order diversity, noting that students arrived at the school “with their identities partially formed, shaped by racial, ethnic, social ... and other cultural factors,” but graduated with an “additional identity, that of membership in 'the community of educated men and women,”’ that was “inclusive of but not bounded by race or ethnicity.” That some students at Harvard might actually deepen their racial and cultural identities, as Grasmuck and Kim found, did not factor into the school's brief.

By failing to apply second-order diversity to schools, Harvard and other universities across the country fail to capture the reality of diversity as it is experienced on campus and, therefore, miss an opportunity to explain how both first and second-order diversity might operate together to benefit students. Certainly, statistical integration can bear pedagogical benefits, but so too can fragmented pluralism, not least by allowing minorities to control their own spaces, turn the tables on majorities, dissent by deciding, and cycle through different pedagogical approaches--precisely because they are not in majority classrooms. To order schools to abandon such orders of diversity could hinder their educational mission, substantially infringing on academic freedom.