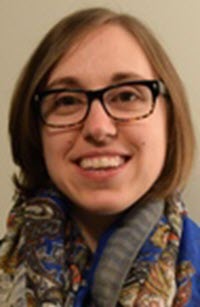 Indigenous laws, like other systems of law, are gendered in that gender cannot be removed from socio-legal experiences. Yet too often, Indigenous women and people with gender identities not reflected in the gender binary are overlooked in discussions about Indigenous law, while cisgender men are centred as seemingly genderless subjects. Approaching Indigenous laws as gendered entails not only understanding how power dynamics can play out in legal interpretations and practice, but also how they are part of what happens in educational contexts. One of the challenging, but also vital, complexities of gendering Indigenous legal education is attending to gender norms and power dynamics as they operate within specific Indigenous legal orders, within state laws, and within academic work, including in the classroom.

Indigenous laws are increasingly taught in law school and socio-legal curricula in Canada. Calls for understanding the multi-juridical nature of law on these lands and nation-to-nation relations, as well as engaging with Indigenous laws on their own terms are not only gaining momentum but are being taken up in practice by a number of faculty and institutions. The recent creation of an Indigenous law degree program at the University of Victoria is of historic significance. The Truth and Reconciliation Commission of Canada has also contributed to these increased calls, especially through Call to Action 28, which urges law schools to engage with Indigenous laws. Indigenous legal scholars and practitioners have been doing this work of teaching about Indigenous laws and advocating for understanding of them for a very long time, yet it is evident that there has been a significant shift in terms of settler institutions' reception to this work. When reflecting on our current time, Rebecca Johnson and Lori Groft state, "[w]e are at what seems to be a moment of change in our history."

About ten years earlier, Natasha Bakht et al. published research results that raised concerns about decreasing interest in "outsider" courses in Canadian law schools. "Outsider" courses centre on topics such as racism, colonialism, Indigenous legal issues, gender, sexuality, poverty, disability--topics that are otherwise largely peripheral to legal education that normalizes settler laws and white, heterosexual, able-bodied men's experiences. They noted that courses dealing with Aboriginal rights increased in enrolment in the 1980s, and it is evident that Indigenous law courses have also recently increased. Yet there is a tension in that not all outsider courses are increasing in popularity. For instance, Bakht et al. and Susan Boyd raise concerns about decreasing enrolment in feminist legal studies courses. Where, then, does this leave intersectional Indigenous legal education? And of particular focus here, what about Indigenous laws and gender?

Despite increasing literature and calls regarding the importance of teaching about Indigenous laws in postsecondary institutions, gender has remained under-addressed in these discussions. Wanting to better understand the persistence of these omissions, I invited professors teaching about Indigenous laws at postsecondary institutions in Canada to be interviewed about their teaching practices in relation to gender. A total of twenty-three interviews took place. All of the participants expressed that gender is important and that it is relevant to Indigenous law, yet significantly, there is a disconnect between these assertions and the reality that gender is seriously under-engaged not only in the literature but also in many of the professors' teaching practices. This issue of not including gender in sustained ways was directly stated by several participants but was also demonstrated through gaps in the interviews. Critical questions arise from these interviews: Why is there a lack of sustained engagement with gender when teaching about Indigenous laws? What challenges are people facing in gendering Indigenous legal education? Are these challenges constraining the possibilities of this field?

This article aims to bring gender to the forefront and to openly discuss what can be learned from the participants' struggles. This research sample is comprised of incredibly accomplished and thoughtful people, and their candid responses during the interviews are of value to ongoing and future work in Indigenous legal education. It is essential to understand how the challenges that professors are facing are personally experienced but are also entangled with gendered power dynamics and broader structural barriers, as these will, I argue, continue to limit Indigenous legal education if not directly deconstructed and changed. The interviews show that there is a need for increased institutional support and change, more intersectional educational resources, eliminating discrimination, and ongoing discussion about gender and Indigenous law.

This article is the first of two pieces in a series.

The second article draws on the interviews to consider Indigenous feminist legal pedagogies. More specifically, that article expands on why it is important to include gender in Indigenous legal education, examines pedagogical strategies for doing so, and argues that Indigenous feminist legal pedagogies have much to offer for the future of Indigenous legal education. Because the interviews are analyzed across two articles, there are inevitably some limitations regarding the scope of each individual article.

When considering all of the challenges as a whole--student resistance, unsupportive or dismissive colleagues, program structures that centre particular kinds of knowledge and learning over others, and racism, sexism, and ageism towards professors--these are major problems that flourish in a colonial, heteropatriarchal context and which undermine the possibilities for Indigenous legal education. It is not surprising that it is difficult to include gender in this work. Although I have offered critiques in this article, my intention is to share what I witnessed across the interviews. It can be necessary to have confidential space to work through ideas. However, it would have also been beneficial to have group discussions. When reflecting on the future of Indigenous legal education, Julie remarked, "there's not one single school that can carry [the work on Indigenous law] for all of our students [ ... ] we need to have people everywhere working on this and we have to collaborate." It is evident from the interviews that collective and supportive work in relation to teaching about gender and Indigenous laws is largely missing. I hope that what was brought together in this article will be of value for collaborative work in the future.

This research was supported by the Social Sciences and Humanities Research Council of Canada.