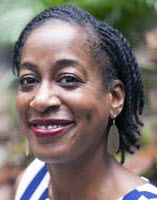 Protests and demonstrations that erupted in the summer of 2020 following the killings of unarmed Black Americans by law enforcement--most notably the killings of George Floyd and Breonna Taylor--appeared to signal a clarion call for America to reckon with its racist past. Developed by friends and racial justice advocates Alicia Garza, Opal Tometi, and Patrisse Khan- Cullors, the once obscure hashtag #BlackLivesMatter, became a rallying cry throughout the world. Corporations that had previously remained silent in the face of blatant racial injustice in America began to issue seemingly empathetic statements and commitments to racial diversity and inclusion, and many of these companies went through a hiring frenzy of Diversity and Inclusion professionals. Yet, a mere few months after worldwide protests (and following a massive demonstration of voting participation by communities of color), White Supremacists stormed the U.S. Capitol. Fueled by now former-President Trump's claims of election fraud and attempts to delegitimize votes of people of color, these domestic terrorists (some carrying Confederate flags) defaced the Capitol. Their actions included breaking windows and smearing feces on the walls. Yet, there was no outrage against this act of terrorism. What appeared to be well-intentioned allyship only months earlier has increasingly revealed itself to be more “performative allyship” or ineffective or disingenuous demonstrations designed to appeal to the masses' demands for justice. One report notes that that “performative allyship is becoming the order of the day, with many professing support for marginalized groups ... with many in leadership positions quick to lend rhetorical support to diversity and inclusion, particularly in the area of racial equality.” However, “far from being supportive of an anti-racist agenda, performative allyship has a disturbing influence, which stifles progress and has the detrimental effect of suppressing attempts to foster genuinely inclusive workplace environments.”

Like performative allyship, performative desegregation stifles and undermines the progress of integration and has the detrimental effect of suppressing attempts to foster genuinely integrated schools. This notion of performative desegregation arises from a theory crafted by Reva Siegel, which she entitles “preservation-through-transformation.” Under this theory, Seigel notes, “the ways in which the legal system enforces social stratification are various and evolve over time. Efforts to reform a status regime bring about changes in its rule structure and justificatory rhetoric ... In short, status-enforcing state action evolves in form as it is contested.” Similarly, school segregation has evolved as it has been contested in order to maintain a racial hierarchy that subordinates Black children and other children of color, relegating them to separate and unequal schools, while preserving white supremacy. Recent court desegregation jurisprudence essentially decontextualizes the history of racism in this nation and absolves the systems and structures that have operated to enforce racial inequality of their complicity in this regime of “separate but equal” education.

This article proposes a proactive and impactful role for the federal government to play in helping to bring an end to performative desegregation and to genuinely foster integrated education. This is not a new concept. As Derek Black has observed, we can revisit historic ideals and draw inspiration from them to address contemporary challenges. For a brief period following the Brown v. Board of Education ruling, and amidst the massive resistance to desegregation that ensued, all three branches of the federal government worked cooperatively to advance school integration. This article asserts that the federal government can once again leverage the federal mechanisms at its disposal to advance school desegregation, including the executive's use of the “bully pulpit” to express strong support for school integration and the imperative to address segregated education; legislative action like investment in school desegregation programs; and judicial action to address contemporary forms of segregation in lieu of a “colorblind” jurisprudence that has no hope of remedying school segregation.

This article recognizes the challenges that such a proposal invites. Assertions of localism and demand for a small federal footprint in education (as reflected in the 2015 Every Student Succeeds Act) have been invoked for decades in opposition to a proactive federal role in education. This reimagined federal role can operate within traditional notions of education federalism and strategically employ federal levers to confront entrenched racism and help dismantle segregated education. This proposition does not assert an expanded federal role in education, but rather, it envisions a strategically re-imagined one. In addition, a proactive and strong federal role is inherently vulnerable to the political vicissitudes that could shift every few years as officeholders change. Moreover, the deeply entrenched racism that still permeates this country has rationalized a status quo of separate and unequal schools in service of maintaining a racial hierarchy. While evidence demonstrates that all students benefit from integrated schools, many white people have yet to recognize their stake in integrated education. What this ultimately creates is an “interest convergence” dilemma. Critical race theorist Derrick Bell coined the termed “interest convergence,” to refer to a concept in which the interests of Black people in achieving racial equality can only be met when they align with the interests of white people. Since this “interest convergence” has yet to be realized, the following questions must be asked. How can this “interest convergence dilemma” be resolved? Will failure to resolve it largely render aspirations for effective school integration elusive? This dilemma is worth examining in this analysis.

Consequently, rates of school segregation now rival those that preceded Brown's challenge to segregated education. About half as many Black students attend integrated schools as was the case in the 1980s. During the quarter century since the high point of integration in 1988, the share of intensely segregated, public non-White schools (defined as those schools with only 0- 10% White students) more than tripled, increasing from 5.7% in 1988 to 18.2% in 2016. These schools are not just racially isolated, but socioeconomically isolated with high numbers of students from low-income families attending them. These schools are also often significantly under- resourced, lacking the basic components necessary to foster positive academic and social outcomes, such as qualified and experienced educators, Advanced Placement or college preparatory coursework, and extracurricular offerings. As a result of these poor conditions, students are unequipped to compete academically, to participate in democracy, or contribute to a diverse global economy. This is nothing less than a crisis.

This article's proposition of a coordinated and proactive federal role to remedy school segregation is consistent with arguments made by scholars who have endorsed a strong federal role in education, including Kimberly Robinson, Derek Black, and Erwin Chemerinsky. This article recognizes the limitations of the Court's contemporary interpretation of equal protection precedence in securing school integration. It argues that the legislative and executive branches can play a significant role in advancing school integration, along with a federal judiciary that is willing to abandon “performative desegregation,” and address segregation in its contemporary forms. This is not to posit that federal action alone can effectuate integrated education. This author agrees with Kimberly Robinson's assertion that the federal government alone cannot solve all the nation's education ills, but it can serve as the final guarantor of equal access to an excellent education. And, if the past is instructive, it shows desegregation progress when all branches of the federal government worked in cooperation.

Part I examines the state of segregated education and its consequences. It examines how the Court has been perceived as the primary federal intervenor for addressing modern segregation. Yet, the Court has failed to remedy school segregation; in fact, it has exacerbated it, for example, by imposing limitations on the use of race-conscious remedies, such as in Parents Involved, and by perpetuating a colorblind approach that distorts the reasoning of Brown to denigrate all forms of consideration of race, even for purposes of voluntary desegregation. This part examines how the Court has decontextualized and distorted contemporary forms of racial segregation. As a result, the status quo of school segregation that preserves a racial hierarchy that privileges whites has persisted. This part draws from Critical Race Theory to implicate institutionalized and systemic racism for allowing such racial inequality to endure unabated. Part II examines the federal role related to school desegregation--noting that at times it has served as friend and as foe. This section highlights the historic role that, not just the courts, but the executive and legislative branches, have played in effectuating school desegregation. This section outlines the federal retreat from school desegregation that has largely resulted in reliance on the federal courts as the primary federal actor responsible for safeguarding integration. Part III outlines a re-imagined federal role, in which the legislative and executive branches work cooperatively and strategically to address school segregation in light of judicial undermining over the last few decades. This section argues that such a proactive role can bring an end to the “performative desegregation,” which only seeks to distort contemporary forms of racism and permit segregation to deepen without recourse. This section also examines challenges to such a re-imagined federal role, including arguments in favor of localism and the unanswered “interest convergence” dilemma. Finally, this section underscores the urgent need to act to address the crisis of school segregation, noting that no less than the future of this nation's democracy is at stake.

The task of dismantling segregated education does not require the creation of new interventions. Despite arguments regarding the limitations of the Court's power, assertions of local control, and lack of political will, the reality is that the federal government can proactively support school desegregation. It has done so in the past with profound results. Existing federal levers, including those outlined in this article, can be proactively, collaboratively, and effectively leveraged to accomplish this. However, entrenched racism and a commitment to upholding the racial hierarchy contribute to inertia. A decision must be made to either continue to engage in performative desegregation that holds no promise of desegregating schools or to leverage existing federal power to dismantle segregated schools once and for all.