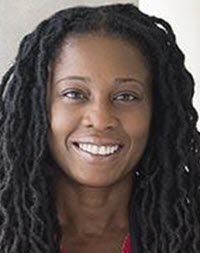 Historical and continued patterns of racial discrimination result in money, social capital, and access to power being aligned in favor of those raced as white. Consequently, the clustering of whites together in public school districts within racially diverse metropolitan areas has material consequences and symbolic meaning. One immediate material consequence relates to the distribution of educational inputs and outcomes. School districts that enroll predominantly white student bodies are more likely to have high-quality educational inputs like highly qualified teachers, rigorous classes, and new physical facilities. They are also more likely to produce better educational outcomes such as high test scores, graduation rates, and college acceptance rates.

White-student segregation imposes significant costs. Most notably, it impedes the democratic goals of public education and the overall health of the American democracy. Public education is often tabbed as the great equalizer. It is supposed to provide a vehicle through which anyone can obtain social mobility and the skills necessary to participate effectively in the American democracy. When white students cluster together in public schools, it creates school-based economies of agglomeration. Examples of the agglomeration benefits include an increased ability to attract high-quality teachers, concentrated pools of middle-class and affluent students with greater social and political capital, and greater per-pupil funding. The agglomeration effects not only advantage students in the predominantly white and affluent districts, but they also disadvantage students in the neighboring, predominantly low-income and nonwhite districts. The net effect is to allow students in predominantly white school districts to hoard the best educational opportunities.

Part II makes a normative argument for turning to a private law framework - antitrust law and the essential facilities doctrine - for guidance. It suggests that the essential facilities doctrine offers a valuable framework through which one can both conceptualize and remedy the monopolization harms caused by white students congregating in predominantly white school districts.

This Article analyzed the prevalence and persistence of white-student segregation in racially diverse metropolitan areas. It theorized that white-student racial segregation in racially diverse metropolitan areas is a byproduct of social closure. Owing to the historical and modern alignment of whiteness with power and resources, it argued that social closure leads to predominantly white school districts monopolizing high-quality schools. It further argued that the monopolization creates stark racial disparities between school districts within metropolitan areas. Those regional disparities have harmful consequences for American democratic norms that go unaddressed.

Equal protection doctrine is the common legal framework used to regulate racial disparities in public education. Yet this Article demonstrated that equal protection doctrine is ill-suited to address white-student segregation because it does not recognize monopolization as a legally cognizable harm. Nor does it account for the broader harms that racial disparities in public education have on American democratic norms. Instead, equal protection doctrine, with its stringent subjective intent requirements and decontextualization of the significance of racially identifiable schools, allows white-student racial segregation to persist unabated. Indeed, the doctrine unwittingly serves as a conduit through which whites can engage in second-order social closure that facilitates monopolization of high-quality schools without legal scrutiny.

This Article therefore turned to a framework used to regulate monopolization for guidance. Using examples from three predominantly white school districts, it demonstrated how principles from antitrust law - namely the essential facilities doctrine - if extrapolated to the public-school context could be a useful lens through which to conceptualize the monopolization and harms to democracy caused by white-student segregation. It also demonstrated a potential remedial path forward. Most importantly, it provided a blueprint for courts, legislators, and the public at large to reframe the way in which white-student segregation is viewed and to consider alternative rationales and mechanisms for addressing it.