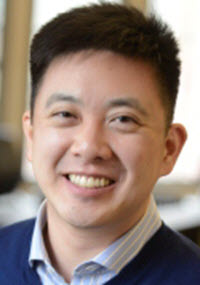 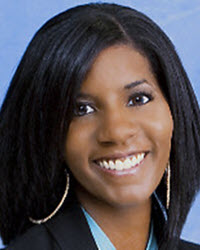 On December 18, 1996, Oakland, California's school board unanimously passed a resolution recognizing “Ebonics” as an official language and resolving that the federal Bilingual Education Act's mandates thus applied to “imparting instruction to AfricanAmerican students in their primary language.” While rightly referencing decades of linguistic research supporting the resolution's central claims as to the legitimacy of Ebonics or Black/AfricanAmerican English, in the following weeks the coverage and backlash went viral. Within days it seemed nearly everyone from U.S. Secretary of Education Richard Riley to activist Reverend Jesse Jackson were voicing concern. In January 1997, Oakland's embattled school board substantively revised the resolution, but by then a U.S. Senate Hearing on Ebonics had already been convened and five states had created anti-Ebonics legislation: Florida, California, Georgia, South Carolina, and Oklahoma. Following the backlash, Oakland's school board dropped the word “Ebonics” from its implementation proposals, thereby ending the controversy as “the media mistakenly assumed it had reversed its plans.”

Yet the seemingly short-lived controversy did not begin or end with the decisions of Oakland's school board, but instead is best con-textualized within a broader historical trajectory of bilingual education policy in the United States. Our purpose for this article is to demonstrate how the 1968 Bilingual Education Act (“BEA”) marked a particular raciolinguistic formation of anti-Blackness, embedded in culture of poverty deficit assumptions, within which the Ebonics resolution controversy was ultimately debated. In writing toward this objective, we illuminate how white America's continued angst over the legitimacy of Black language, and Black culture more generally, hold in U.S. society is symbolized in the contradictory origins of the BEA. Furthermore, we assert how Black English was evoked in the original Oakland resolution connects to the BEA's legacy at a moment of rising backlash against bilingual education more generally.

We begin our article with a review of existing literature on the BEA and its trajectory before outlining how utilizing theories of interest convergence, anti-Blackness, and raciolinguistic ideologies can offer a novel analysis of the legislation. The third section utilizes this critical analysis to illuminate how the BEA's contradictory origins ultimately reinscribed a particular raciolinguistic ideology of anti-Blackness. The fourth section outlines how this history formatively shaped the 1996-97 Ebonics resolution and ensuing controversy. The article illuminates how socioeconomic concerns produced a contradictory convergence that ultimately limited the ability of Black communities to make future demands upon struggling urban schools. We conclude our article by explaining the findings' significance and suggesting strategies to reimagine bilingual education.

The article demonstrates two points. First, the 1968 BEA marked a particular raciolinguistic ideology of anti-Blackness, embedded in culture of poverty deficit assumptions, from which the Oakland resolution controversy was ultimately debated within. Second, white America's continued angst over what legitimacy does and should Black English, and Black culture more generally, hold in U.S. society is symbolized in the contradictory origins of the BEA as well as how it was evoked in the original Oakland resolution at a moment of rising backlash against bilingual education more generally. In demonstrating these points, we illuminate how a seeming interest convergence among 1960s policymakers and activists ultimately made the Oakland resolution for Black English to be included within the district's bilingual education programs not simply indefensible in the court of public opinion, but incomprehensible as an implementable policy resolution based on a raciolinguistic ideology of anti-Blackness.

The findings are significant in two formative ways. First, they illustrate the contradictory intersecting assumptions with respect to poverty, race, language, and culture embedded in the BEA, and suggest a possible strategy toward reimagining bilingual education that legitimates the value of Black English on its own terms instead of within a cultural deficit framework. As Baldwin states, perhaps it may be worth turning the Black English controversy on its head such that the conversation should start with the assumption that the decision to maintain Black English instead of Standard English, despite the best efforts of mainstream white America to stamp it out, may be intentional as “it may very well be that both the [Black] child, and his elder, have concluded that they have nothing whatever to learn from the people of a country that has managed to learn so little.” Thus, rather than framing Black English as Black students failing to empower themselves through education, instead taking a more critical position toward language and power like Paulo Freire, who states that minoritized languages “help defend one's sense of identity and they are absolutely necessary in the process of struggling for liberation.”

Second, the seemingly short-lived Oakland resolution controversy is symbolic of broader contradictory discourses and policies concerning urban schooling and communities that too often draw on assumptions that essentialize minoritized, and particularly Black, cultural deficit in urban communities. In what has more recently been popularized as a “politics of refusal” Michael Dumas calls for a reimagination of urban educational reform that starts with refusing schooling as a site of Black suffering and instead of framing the academic outcomes of Black students as failure, to perceive it as a failure of the system and “insist on our humanity, and to demand that others understand that we will do whatever it takes to be treated as human beings.” Reimagining language education as culturally affirming education starts with assuming the inherent value of minoritized languages and cultures to empower oppressed communities and humanize society at large. Refusing anything less from a society that still manages to learn so little, seems to us a good place to start.