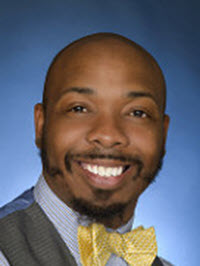 It was a particularly dangerous time for youth in the city of New Orleans during my times as an educator in the city's public schools and as an education advocate. The city had recently celebrated its ranking as the third most murderous city in the country, a fall from its usual position as most murderous. The joy of the city's reduction in murders hid a much more heart-wrenching truth: nearly two of every three people killed in the city were Black males under the age of thirty. Moreover, one in every five people killed in the city were under the age of eighteen. Thus, one-fifth of all people killed in the city were (or should have been) students in New Orleans' public schools. Immediately, I knew that it was dangerous for these students to be removed from schools, to be roaming the streets - unsupervised - for hours. Even having these students enrolled in special education programs with a host of stigmas and perhaps being underserved was better than having them on the streets to potentially meet their fates. I, therefore, write this article with the intent of protecting Black lives, be that via graduation or the avoidance of fates that await Black children when they are pushed out, shut out, or snatched out of schools. I write this article not solely to argue for the overidentification of Black students in special education programs but to consider whether such overidentification could lead to a federal right, even if temporary, to education for Black students, a right that has been denied countless times by the Supreme Court. Admittedly, this argument is dangerous in that runs the risk of causing further harm while not resolving educational racism in the short- or long-term. Therein lies my connection to the framework for this study - Critical Race Theory - which has argued since its founding that Black peoples in the United States face permanent and shape-shifting oppression. In this article, I will also use antiblackness as an intervention into Critical Race Theory. I target the intentionality of racial oppression in educational institutions, or educational racism, through this intervention.

This article will proceed in several sections. After this introduction, the next section of this article will discuss education federalism. I introduce and explain educational federalism to detail the constitutional mechanisms by which inequitable educational opportunities and outcomes are developed and maintained in the United States.

I dedicate the section that follows the section arguing for the overrepresentation of Black students in special education students to retelling the story of all-Black schools. In essence, I challenge the notion that all-Black schools are, in and of themselves, evil by design. Moreover, I attack the integration-or-bust argument head-on in arguing that Brown and its progeny have contributed to antiblack narratives about Black peoples and Black schools.

I follow this section by providing concluding thoughts. In my concluding thoughts I discuss how my argument - admittedly, desperate - is the crux of what Critical Race Theorists are discussed for many decades. Additionally, I use my intervention into Critical Race Theory, antiblackness, to shed light on how the notion of choosing between marginalizations in public schools in, in fact, intentionally designed.

Michael J. Dumas argued that educational policy is not only racialized but also informed, influenced, and commanded by antiblackness. Antiblackness, according to Dumas, is a “cultural disregard for and disgust with blackness”. In particular, he argues that Black people are not only others, but rather, Black people are something other than human. White Americans' efforts to recast segregative practices in education through special education reform is antiblackness. Moreover, the continued opportunity gap from students identified as disabled is, then, appropriately framed as a form institutional racism, which in many ways is a euphemism for individual and overt racism.

As a Critical Race Theorist, I dare not argue that racism in the United States will meet its end, for racism is a consistent and persistent nuisance for Black Americans. I do, however, argue that Black people should take concerted and purposeful efforts to be both proactive and reactive both overtly and covertly to oppressive policies and practices, especially in educational systems. The integration agenda has not produced dramatic gains for Black peoples in the United States; thus, the time has come to consider other efforts - ones that both complement and/or replace the integration agenda - in the pursuit of educational equity. Perhaps, as Dumas instructs, we must no longer wait for superman since he is likely to come with another dose of antiblackness in education policy. The return to segregation, especially via enrollment in special education programs, might actually provide racial and ethnic minorities a federally protected right to education. Of course, the Supreme Court's decision in Brown v. Board of Education forbids the segregation of public schools on the account of students' races, but the Supreme Court has done very little to restrict the disproportionate enrollment of Black students in special education programs, which suggests that the federal courts do not see overrepresentation of Black students in special education programs as inherently violative of the Equal Protection Clause of the Fourteenth Amendment. Similarly, even the earliest forms of Critical Race Theory acknowledged a tenet of Black nationalism and separatism suggesting that Black people have long sought independence from an educational system built on white supremacist ideologies and practices. Thus, the Supreme Court's hollowing of Brown and the need for Black peoples' immediate and uncontested right to educational equity cannot and should not fall merely because Black peoples and White people are not learning in the same classroom or school building.

While the federal courts have done little in the way of addressing the overrepresentation of people of color in special education programs, the courts have addressed whether students have a fundamental right to education. In Rodriguez, the Supreme Court rejected the plaintiffs' claim that there was a fundamental right to education. Combined with Milliken (1974), the Supreme Court case that held that mandatory participation in federally mandated and supervised desegregation orders could only reach jurisdictions with a past history of state-sponsored segregation, Rodriguez has offered parents seeking segregation a method to avoid desegregation activities. In particular, the Rodriguez decision held that unequal funding of public schools in different districts did not violate the Fourteenth Amendment. The Milliken decision allowed wealthier families to isolate themselves in suburban districts, taking their tax dollars with them. Thereafter, the Milliken parents may shape-shift into Rodriguez parents. Together, Rodriguez and Milliken allow wealthier parents to not pay for the education of other people's children. The result of Milliken and Rodriguez is that urban school districts are often segregated for lack of White student enrollment and are underfunded in response to a lack of access to adequate means to properly fund public schools. At a minimum, special education services could provide an influx of federally-backed funding to support already segregated schools.

Once again, this is a dangerous argument. The long-lasting stigma of enrollment in special education programs could harm the psyche of students, negatively impacting the educational, social, and occupational trajectories of students. The potential of using special education programs to contribute to the advancement of Black students and other students at risk of marginalization and disenfranchisement could prove to be a forked tongue; such a policy could very well prove to be a trap for fools. Even if using special education programs to mimic a federal right to education is successful, it is clear that the enacted policies would be, at a minimum, a double-edged sword. There will be some drawbacks no matter the benefit of a proposed policy that uses special education programs to advance the educational equity agenda. Still, desperate times require desperate measures, and no other policies have been particularly fruitful in mitigating the oppression and racism that Black people and other people of color face each and every day in the United States.

Steven L. Nelson is an Assistant Professor of Leadership & Policy Studies at the University of Memphis.