Race, Education, and the Construction of a Disabled Class 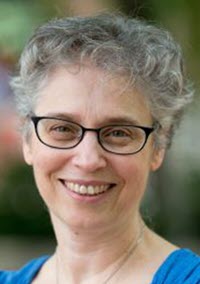 These two narratives recreate the stories that school officials tell regarding the placement of children in special education. These official stories, supported by the written school records, highlight the professionalism of the school staff, the self-evident nature of the child's disability, the objectivity of the evaluation process, and school officials' desire to get children with disabilities the help they need and to which they are entitled. These stories are consonant with the nation's commitment to overcome its historical neglect and exclusion of students with disabilities. This commitment, expressed in the Individuals with Disabilities Education Act (“IDEA”), has opened the door to educational opportunities for many children.

Race plays no role in these official school narratives. Yet, buried deep within these narratives is a troubling aspect of special education. In too many versions of these stories, Michael and Jesse are African- American. African-American students are identified as disabled and placed in special education at twice the rate of white students. This disproportion predates the passage of the IDEA, and it continues, unchanged, to this day. The overrepresentation of African-American students in special education reflects the belief that a higher percentage of these students are deficient in some important manner. Special education presents a paradox. While it is designed to confer increased educational benefits, it also stigmatizes and severely limits educational opportunities. The protections of the IDEA can only be invoked when a child is identified as disabled--that is, upon a finding that a deficit exists within the child.

The dramatic racial disparities and negative consequences of identification as disabled occur in a society that claims to stand for racial equality but has historically had difficulty recognizing and remedying pervasive racial discrimination. Special education has been used as a tool of racial discrimination. It was used to maintain segregation by evading or limiting the impact of court-ordered desegregation. Although the IDEA was designed to advance the civil rights of students with disabilities, the overrepresentation of African-American children starkly raises the possibility that the system disadvantages African-Americans. This overrepresentation demands that we look beyond the raceless narratives that open this Article.

But to look further is not easy. The IDEA rests on widely shared beliefs that because disabilities have an objectively discernable nature, race does not influence their identification. It also places great trust in those who evaluate students and develop special education services. In addition, the IDEA relies on the conviction that discrimination in this context will be readily apparent in individual expressions of prejudice or discrete facets of the evaluation process. There is a widespread assumption that racial discrimination, if it exists, can be pinned down to one or a few moments in the school lives of African-American children. Because of these and other fundamental assumptions about race and disability, suits alleging racial discrimination in special education placement have enjoyed, at best, limited success.

This Article will challenge these shared beliefs. This effort is difficult, in part, because these beliefs, these shared understandings, “come naturally” to many of us--we view them as immutable facts. While individuals experience them as “the way things are,” they are instead socially constructed forms of knowledge.

My analysis starts from the position that no specific interpretation of race and disability is inherent or given. Rather, we are each socialized into commonly held understandings that we experience as objective facts which we do not question. This socialization occurs at different levels--through the national culture, smaller social groups, and within families. Recognizing the situated nature of our understandings and listening to the perspectives of others may open the door to other ways of understanding.

Legal classifications of race and disability reflect and reinforce the perspective and assumptions of those legislators, judges and regulators with power to place their assumptions into the law, and of those, such as school teachers and administrators, who put the law into practice. To those who share the world view of the makers of legal classifications and meanings, these laws appear fair and reasonable. But to those who lack power, these laws may look coercive, hostile, and destructive of a sense of self. Recognizing the difference in perspectives suggests that we may evaluate claims of racial equality by listening to those without power to shape law, but who experience it from an outsider perspective, and may be able to challenge “the law's agenda, its assumptions, and its biases.”

Part IV critically examines these beliefs regarding race and disability from an outsider perspective. It contests dominant views of racial discrimination that ignore the important roles of unconscious racism, cultural differences, and structural racism. It also challenges assumptions that disabilities are objectively definable, inherent limitations and that special education is an entirely beneficial program. These assumptions may serve to further mask racial discrimination. It argues that an identification and placement process that appears open to parents but effectively silences both their voices and those of students even further obscures racial discrimination. Finally, Michael's and Jesse's stories are retold in light of these insights.

This Article will make visible the images of racial discrimination obscured by the legal construction of overrepresentation. But it is merely a beginning. Many more voices--especially those of African-American parents and children--must be brought into the public realm to fully develop these issues, to determine how to change legislative, judicial and regulatory policy, and to alter school practices. Our goal should be to find some way to meet the learning needs of all children without a system that stigmatizes and diminishes the educational opportunities of African-American schoolchildren. I do not present a plan for this needed transformation. Rather, I hope here to initiate a serious conversation about racial discrimination in special education.

Recent retreats from affirmative action in higher education and employment make this analysis even more urgent. The rhetoric of these retreats presumes that all children have had an equal opportunity to achieve. This Article undermines that belief with respect to African-American children identified as disabled. It also points toward a complex range of school practices and interactions that impede the chances for success of all African-American schoolchildren. These inequities demand our full attention.

The formation of an identity as disabled is powerfully affected by race. Unconscious and structural racism combined to shape the way that Michael and Jesse were viewed, and the options available to them. The label of disability becomes a way to remove children seen as difficult, or even a well-meaning but misguided method of getting students more resources. These accounts of unconscious and structural racism in schools should lead us to consider connections between the overrepresentation of African-American students in special education to other disturbing school practices, including racial disparities in student discipline, ability grouping and school financing.

This analysis does not lead to a simple solution. This Article has focused on the social constructions of race and disability that have led to the overrepresentation of African-American students in special education--and that have prevented effective statutory and judicial responses. Because of the pervasive nature of racism and the unresolved tensions created by differences we call disabilities, no legislative tinkering or single lawsuit will provide a remedy.

Instead, this analysis points to a complex range of actions, to “multi-dimensional groundwork.” This groundwork begins by making public the voices of African-American parents and children. Some grass-roots parents' groups have already formed to challenge the overuse of special education and other school practices they believe harm their children. Parents who may be too intimidated to challenge the decisions of school officials alone may be emboldened when they see how their concerns are shared by other parents. Parent groups could influence the process of disability identification within individual schools, and their perspectives could help policymakers rethink the fundamental assumptions of the national system of special education as well. Encouraging students to speak out and making their perspectives public are also essential.

We need also to bring out into the open those teachers and schools that are demonstrating great success with African-American and other minority students. Studies have begun to focus on approaches to curriculum, school organization, and teaching styles that foster learning and development in their students, not labels and reduced expectations. It is through effective regular education, not special education, that we may begin to see the racial disparities reduced.

An effective strategy may require us to reach well past racial discrimination in the use of special education. The pervasive nature of unconscious and structural racism suggests that special education is merely one method by which racial discrimination acts within the schools. Reducing racial disparities in special education may well be impossible without reducing the range of barriers to the educational success of African-American students. These barriers-- including underfunded schools, the absence of multicultural curricula and teaching methods, the together. These efforts to reframe political and legal discourse about race and disability are crucial. We must challenge unconscious and structural racism in special education and other school practices that obstruct the educational aspirations of African-American students.