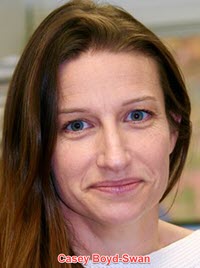 This paper provides a comprehensive analysis of racial and ethnic discrimination in the hiring of center- based child care teachers. Specifically, we implement a unique two-step data collection procedure that combines a resume audit study of child care centers in 14 U.S. cities with a detailed follow-up survey of the providers in the original audit sample. Fictitious resumes were randomly assigned predominately white-, black-, and Hispanic-sounding names that were submitted in response to real teacher job advertisements. The provider survey was then administered to inquire about the characteristics of the children, teachers, and administrators within the center. Together, these data allow us to study three features of discrimination within the child care labor market. We begin by examining whether providers engage in discrimination when hiring teachers, as well as the mediating influence of program directors’ race and ethnicity on hiring decisions. Second, given the nature and intensity of interaction between child care staff and parents, we provide an empirical test of the role of customer discrimination in teacher hiring. Our final set of analyses examines the impact of regulations and quality certification programs— key features of the child care market—on racial and ethnic disparities in interview requests.

Although the resume audit methodology has been used extensively to examine racial and ethnic discrimination across a variety of labor markets and countries, we believe for several reasons that such an investigation is particularly important in the child care market.

First, the emergence of an achievement gap between minority and non-minority children during the preschool-age years has increased the urgency of adopting early childhood policies that deliver high- quality, culturally competent programming. One proposal gaining traction is to increase the hiring and retention of minority child care teachers. Researchers and administrators posit that doing so will provide developmental benefits for minority children by exposing them to demographically similar “role model” adults who may serve as mentors and advocates. In addition, minority teachers may be less likely to exhibit unconscious forms of bias that can impede productive child-teacher interactions, and they may serve as stabilizing cultural “bridges” between children’s home and child care environments.

Consistent with these hypotheses, there is mounting empirical evidence that minority children particularly benefit when they are matched with teachers from the same racial or ethnic background. 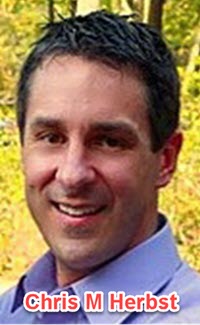 The salience of these issues— the early emergence of racial achievement gaps as well as teacher- based policies to ameliorate them—will continue to grow in the coming decades given the increasing racial and ethnic diversity of the preschool-age population. Yet despite this growing diversity, the non- 5 white share of the early education workforce continues to lag behind that of the children enrolled in immigrants and refugees. These demographic shifts have translated into growing numbers of minority children who participate in center-based child care programs. Currently, black preschoolers are slightly more likely to participate in center-based care than their white counterparts (43 percent versus 41 percent), while enrollment rates for Hispanic children (although they have grown steadily) remain comparatively low (30 percent) .

these programs. To the extent that hiring discrimination exists in the market for child care teachers, such discrimination may prevent the workforce from attaining the level of diversity needed to serve the developmental needs of an increasingly heterogeneous child population. Thus our first goal in the paper is to document whether there are racial and ethnic disparities in child care teacher hiring. In addition, we examine to what extent the race and ethnicity of the center director influences the relative treatment of minority applicants. Given that an overwhelming majority of program directors are white, it is plausible that own-race preferences provide an explanation for the differential treatment of minorities.

7 The second motivation for studying discrimination in child care hiring is that the production of early education services is highly labor intensive. This trait is appealing for our purposes because, unlike the labor markets examined in some previous resume audit studies, there is a high degree of face-to-face interaction between employees (i.e., child care teachers) and consumers (i.e., parents and children).

Furthermore, the communication between teachers and parents likely relates to sensitive topics about children’s health and development. Such dynamics create the potential for consumers’ racial preferences to shape the hiring behavior of child care providers. Indeed, Becker’s seminal work on discrimination posits that some consumers have discriminatory tastes—preferring to receive a given service from members of their own racial and ethnic group—which in turn may lower the demand for workers from other groups, reduce their relative wages, and lower the market price charged by firms who continue to hire minority individuals. If these conditions are present in the child care market, profit- maximizing firms have two options: hire minority teachers at low wages and charge lower rates to non- discriminatory parents, or hire high-wage non-minority teachers and charge higher rates to discriminatory parents.

Aside from the high degree of interaction between consumers and employees, there are other reasons to believe that parents’ child care decisions may be shaped by racial preferences. First, although parents claim to value high-quality, education-based child care programs, the evidence suggests that actual consumption decisions are driven by a range of non-quality factors, including parents’ own personal biases and cultural beliefs. In addition, parents generally allocate little time to the child care search, considering just one or two providers before making a decision (NSECE, 2014). Together, these dynamics suggest that parents’ consumption decisions may be influenced by such easy-to-observe (and less cognitively demanding) features of the child care environment as the staff racial and ethnic composition. If parents’ discriminatory tastes lead to differential sorting based on teachers’ observable characteristics, then providers have a strong incentive to adjust hiring behavior in a way that accords with consumer preferences. Therefore, another goal of the current paper is to understand whether customer discrimination plays a role in hiring decisions. In particular, we examine to what extent the racial and ethnic composition of children attending the center is correlated with the gap in interview requests between minority and non-minority applicants.

The final motivation for studying this topic is that the child care market is characterized by high levels of regulation and quality certification. All states set minimum standards for child-staff ratios, maximum group sizes, and the experience/education of center directors and teachers. In addition, some states and non-profit organizations administer certifications in the form of quality ratings and accreditations that are awarded to child care centers (and their staff) for meeting a given level of quality and human capital investment. Such forms of occupational licensing are aimed at mitigating the well- known information asymmetries in the child care market, in which parents are ill-informed about the negative external benefits generated by low-quality care as well as how to identify the attributes of high- quality providers. In markets with imperfect information, sellers have an incentive to produce lower-quality services in part by hiring less productive workers and underinvesting in their skill acquisition. As a result, sellers may be more inclined to indulge their distaste for hiring minority applicants than would be the case if consumers were perfectly informed. However, by reducing consumer search frictions, occupational licensing and quality- credentialing increases the cost of discriminating against well-qualified members of minority groups. This discussion suggests that various forms of licensing requirements may have the unintended consequence of reducing racial and ethnic disparities in child care labor market outcomes, a proposition which finds empirical support in other labor markets. Therefore, the final goal of this paper is to test whether child care regulations and quality credentialing programs influence the hiring behavior of center-based child care providers.

As noted above, our paper makes a methodological contribution to the discrimination literature.

After completing data collection for the resume audit study, we administered a nominally independent follow-up survey to all of the child care providers in the original audit study sample. To our knowledge, this is the first paper to implement such a two-step data collection procedure for the purpose of studying labor market discrimination. The web-based survey inquired about the demographic characteristics of the children utilizing the centers, characteristics of the teachers and directors employed there, and a variety of attributes of the centers themselves. Such information enables us to examine how the race and ethnicity of the director as well as the racial composition of actual consumers (i.e., children) influences teacher hiring decisions. In addition, the survey included a number of questions related to the job advertisements to which our fictitious resumes were submitted. We inquired about whether an individual was ultimately hired for the position, the number of job offers made before the hire was completed, the demographic characteristics of the successful applicant, and the starting wage rate. These data allow us to shed light on whether racial differences in interview requests translate into disparities in actual hires.

Our main findings can be summarized as follows. First, we find evidence consistent with racial and ethnic discrimination in child care teacher hiring decisions. Our estimates imply that resumes containing black-sounding names receive 29 percent fewer interview requests than otherwise identical resumes with white-sounding names, while those with Hispanic-sounding names receive 12 percent fewer interviews. Furthermore, these interview gaps are experienced by minorities applying to both low- and high-skilled teacher positions. However, despite the apparent favoritism shown to white job-seekers in the aggregate, we uncover striking evidence of program directors’ own-race preferences in the hiring process: white directors favor white applicants, while minority directors favor those from their own racial and ethnic background. Second, we show that teacher hiring behavior is consistent with a model of customer discrimination. In particular, as the share of children of a given race or ethnicity increases within a child care center, job-seekers from the same background are increasingly favored in the hiring process. We also find that customer discrimination is substantially stronger in the market for high-skilled teachers: the reward to applicants whose background matches that of the children enrolled in the program is larger in positions requiring more experience and education. Finally, our results suggest that states’ child care regulations and quality certification programs mitigate or eliminate entirely the racial and ethnic gap in interviews. Providers exposed to more stringent forms of occupational licensing are considerably more likely to interview minority applicants than their counterparts operating in relatively lenient policy environments. In addition, we find that these labor market advantages accrue disproportionately to the most qualified minority applicants, as well as to those applying to child care providers located in high-income communities.

The remainder of the paper proceeds as follows.

Section II describes the resume audit study design as well as our follow-up survey of child care providers. Discussion of our empirical results is organized into three sections.

Section III documents the racial and ethnic disparities in interview requests, and it reports on the role of director race and ethnicity in influencing the treatment of job- seekers.

In Section IV, we turn our attention to examining whether customer discrimination has implications for child care hiring decisions. The final empirical section,

Section V, studies the impact of states’ regulatory polices as well as center-specific quality certifications on the racial and ethnic difference in interview requests.

We conclude in Section VI with an exploration of the characteristics of individuals who were ultimately hired by the child care providers to which our fictitious resumes were sent.