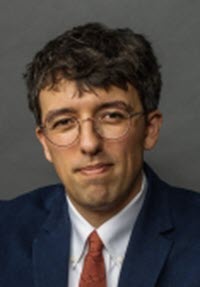 On June 30, 2020, IRS Commissioner Charles Rettig testified before the Senate Finance Committee that IRS audit rates do not disproportionately impact Black and brown taxpayers. His outright denial surprised many of the Senators attending the hearing, who were familiar with the widely reported disparate audit rates by race covered by ProPublica. To clarify the IRS position, Senator Sherrod Brown submitted additional questions for the record on potential racial bias in tax enforcement, to which the IRS responded:

The IRS does not have, nor does it collect, any information or data related to the race and ethnicity of taxpayers. For example, the Form 1040 does not ask for the race or ethnicity of the taxpayer, and, therefore, the IRS cannot track any of this information.

If the IRS does not track any information related to the race and ethnicity of taxpayers, how could the IRS Commissioner so confidently assert there was no disparate racial impact of IRS enforcement activity when answering questions from a United States Senator?

The answer is a de facto IRS policy that I dub “Colorblind Tax Enforcement.” Across multiple presidential administrations and in a variety of public and private fora, the IRS has repeatedly taken the position that, because it does not ask about race or ethnicity on its tax forms, it does not discriminate. Restated as a formal “if A, then B” proposition, the position taken in this IRS statement is that, if the IRS does not ask about race or ethnicity, then the IRS does not base its actions on a taxpayer's race or ethnicity. The IRS has persistently maintained this position even though it is unwilling to evaluate the racial impact of enforcement due to its decision not to collect such data.

The accuracy of the IRS claim of colorblindness is an issue of urgent proportions. Over 150 million households file income tax returns each year. Over three trillion dollars are remitted. And while the IRS is limited to only the enforcement activity required by Congress to implement the Internal Revenue Code, much of this work also entails discretion. The IRS settles disputes on tax debts, seizes assets, and both assesses and abates civil penalties. The IRS can refer taxpayers to the DOJ for criminal investigation and prosecution, with some of its specialized staff even carrying firearms. According to the DOJ's Justice Manual, “tax enforcement potentially affects more individuals than any other area of criminal enforcement.” As a poignant point of contrast, the DOJ includes race and ethnicity in its own public reporting of criminal tax enforcement, while the IRS does not.

The lack of internal review and public reporting of IRS enforcement activity by race has taken on a new urgency as the Biden Administration has sought to double the size of the IRS and increase its funding by eighty billion dollars. The Biden Administration hopes to secure an additional $700 billion in tax revenue collections obtained through heightened enforcement. Within this context, the IRS's colorblind tax enforcement approach deserves serious scrutiny.

Providing a bird's eye view on the potential for racial bias in tax enforcement is a novel addition to tax scholarship on race. While there is a well-established body of work on the intersection of race and tax--a rich field that continues to grow--this scholarship has primarily focused on racial disparities embedded in the Internal Revenue Code itself. Scholars have documented disparate tax treatment of housing, marriage, retirement, estate planning, and employment discrimination settlements. Because it is the responsibility of Congress to write and revise the Internal Revenue Code, the interventions that might address racial inequality in the Code have accordingly focused on legislative solutions. But in the context of tax enforcement, new legislation is not required before the IRS can address racial bias. An additional contribution of this Article, then, is to identify areas where the IRS has sufficient discretion to remedy racial inequality on its own, provided institutional leadership has the willpower to do so.

The international experience with tax enforcement also suggests potential for disparate enforcement by race or ethnicity. In the Netherlands, tax personnel were able to use the surnames that appeared on tax documents to infer the ancestry of the filer. Those filers who did not appear ethnically Dutch by surname were then targeted for heightened enforcement. As originally reported by The New York Times, “an administrative mistake like a missing signature was enough for the tax authority to label parents as frauds and fine families as much as tens of thousands of euros.” How tax personnel respond to errors on a tax form is just one example of the many types of discretion that occur in most tax enforcement settings. And while the publicity of the discriminatory tax enforcement in the Netherlands led to substantial political consequences, including the resignation of the Prime Minister, current IRS data policy obstructs such potential accountability.

The demonstrated potential for racially biased tax enforcement that I identify in this Article, presenting three original models of racial bias in tax enforcement and illustrating how these models can operate within seven distinct tax enforcement settings, further erodes the case for omitting race and ethnicity from the collection and analysis of federal tax data. Without adequate data collection and data analysis, any disparate tax enforcement by race will go unacknowledged and, subsequently, unaddressed.