Justice or Just Us?: SFFA V. Harvard and Asian Americans in Affirmative Action 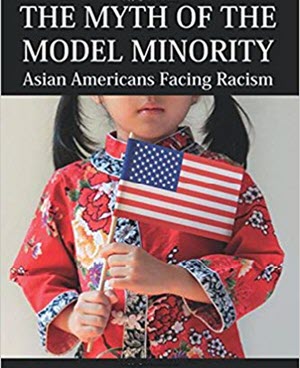 Here is what I sometimes suspect my face signifies to other Americans: an invisible person, barely distinguishable from a mass of faces that resemble it. A conspicuous person standing apart from the crowd and yet devoid of any individuality. An icon of so much that the culture pretends to honor but that it in fact patronizes and exploits. Not just people “who are good at math” and play the violin, but a mass of stifled, repressed, abused, conformist quasi-robots who simply do not matter, socially or culturally.

This revelation about my own experience was necessary to understand the frustration felt by the Asian American community regarding college admissions. While this frustration may be well-founded, the Asian American community is not unified on what the appropriate reaction to it should be. On one hand, the model minority myth perpetuates a stereotype that portrays Asian Americans as successful. But on the other hand, Asian Americans feel wide-spread discrimination that goes unrecognized due to an image of them as achievers of the “American Dream.” This places Asian Americans in a precarious middle ground as a “racial bourgeoisie” between being viewed as “superior” but feeling inferior. Asian Americans should be cautioned, though, that serving in this racial middle ground runs the risk of “reinforc [ing] white supremacy if the middle deludes itself into thinking it can be just like white if it tries hard enough.” have long been left out of the white-black affirmative action debate, and this opportunity to speak out should not be tarnished by being used as a tool to further white images at elite universities.

This Note examines the arguments made in Students for Fair Admissions v. Harvard College, which allege that Harvard's consideration of race is a violation of Title VI of the Civil Rights Act of 1964 because it is not narrowly tailored to a compelling interest of diversity. The complaint filed by Students for Fair Admissions (“SFFA”) came off the back of Justice Alito's comments in his dissent in Fisher v. University of Texas at Austin (Fisher II), which proposed the possibility that Asian Americans may face discrimination in admissions. While this was an important inclusion of Asian Americans in the discussion, Justice Alito's comments in Fisher II perpetuated the logical fallacy that Asian Americans are losing admission spots to African Americans and Hispanic Americans due to affirmative action, and may have encouraged the initiation of SFFA's action against Harvard College. However, while the frustration experienced by many in the Asian American community over what feels like racial ceilings on Asian American admissions at elite universities is valid, these ceilings are the result of negative action aimed against Asian Americans, not the result of affirmative action. Prohibiting universities from considering race as part of a holistic admissions process will not eliminate the negative action felt by Asian Americans.

SFFA's use of Asian Americans to target affirmative action is a parallel to the double movement that occurred in the nineteenth century. While there was a movement toward inclusion based on increased egalitarianism among white males to reduce barriers based on wealth and property ownership, there was also a movement toward exclusion of African Americans, women, Native Americans, and non-white immigrants. SFFA and the organization's creator, Edward Blum, move to include Asian Americans as part of the group deemed worthy enough to “earn” spots at elite universities only to maintain the dominance needed to continue to exclude other groups. The status that is ascribed to different groups comes with a series of stereotypes and associations that the larger, dominant group naturalizes to determine whether the group is eligible for certain benefits, like admission to elite universities. should be wary about their sudden inclusion in this larger group, when they had for so long been denied eligibility for status as citizens and still continue to be given the stereotype of “perpetual foreigner.” Similar to the poor white males of the nineteenth century, the inclusion of Asian Americans could simply be used to maintain the dominance of wealthy white males and to perpetuate a “white image” in elite universities.

Part I of this Note examines the current standard of affirmative action: that the only acceptable justification for race-conscious admissions policies is one of educational diversity.

Part II discusses the role of Asian Americans in the affirmative action discussion, with an understanding that Asian Americans have been subject to unrecognized historical discrimination and treated as a “racial bourgeoisie” due to perpetuation of the model minority myth.

Part III describes the background and status of SFFA v. Harvard, analyzes the complaint's arguments, including those made at trial, and criticizes the bases for the complaint.

Part IV suggests that the future role of Asian Americans in the affirmative action discussion is one of increased political activeness and unity and argues for a change in the way elite universities value Asian American diversity when assessing applicants in a holistic process.

After Fisher II, diversity is the only justification accepted by the Supreme Court as a compelling interest for universities' admissions policies to satisfy strict scrutiny, and although the Court claimed to require the university to show no race-neutral alternatives, it ultimately gave deference to the university's good faith in determining whether the race-neutral alternatives would be plausible in achieving the educational benefits of diversity. The historical discrimination of Asian Americans and their existence as a group too different to be white and not different enough to be a “true minority” give context to why there is frustration and misunderstanding over affirmative action in the Asian American community. Although the negative repercussions of these circumstances and the stereotypes they come with are harmful to Asian Americans, they are not the result of affirmative action and would not be remedied by an elimination of affirmative action. SFFA's complaint and the arguments it made at trial against Harvard rest on misconceptions of the Asian American experience in the admissions processes. In its effort to get rid of race-conscious admissions programs, SFFA falls victim to logical fallacies and fails to address the true problem facing Asian Americans in admissions. While diversity continues to be a compelling interest, the conception of what types of diversity are valued needs to be re-evaluated to consider the stereotypes attributed to Asian Americans. For the Asian American community, their position as a racial bourgeoisie can have a significant impact in the affirmative action discussion if Asian Americans can target their efforts at attacking negative action while simultaneously supporting affirmative action.