Contemporary Admission Environment - The Struggle for Access from Sweatt to Grutter 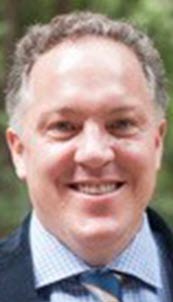 [. . .] This fifty-year history concludes with an analysis of the current national landscape of law school admissions. As in the late 1970s and mid-1980s, White applicants to ABA law schools continue to have higher cumulative admissions rates to ABA-accredited law schools compared to African American, Latino, and American Indian candidates. The 1987-2000 data in Chart 9 present an interesting paradox because during the early 1990s, when application volume hit record levels, acceptance rates were actually more equitable than in the late 1990s, when application volume was about 30% lower than in 1991. All other factors being equal, a time of heightened competition would be more likely to exacerbate than ease racial and ethnic disparities in admissions rates; therefore, it is important to examine what other social forces might have influenced the law school admissions process in the last decade.

The resolution of this paradox of greater equity amidst heightened competition actually highlights a point that has been true all along about affirmative action, but one that is often difficult to quantify: student activism had an important impact on the law school admissions process in the last decade. It is easy to forget, in part because this analysis of admissions statistics is necessarily so reliant on official sources, that higher education affirmative action programs were never designed by university chancellors, deans, and faculty committees in a vacuum. Rather, affirmative action programs were closely linked to student efforts to strive for access and integration through political actions and protests. For instance, in 1972, the Boalt faculty felt traumatized by the rapid transformation in student demographics brought about by affirmative action and the atmospheric shift that ensued. The Boalt faculty proposed ending the "special" admissions program altogether. This proposal was only defeated after students of color organized a two-week strike in April 1972 and were able to attract considerable media attention. Throughout the last three decades, students at many law schools have engaged in numerous sit-ins, hunger strikes, rallies, and other actions organized around student and faculty diversity issues.

national data in Chart 10 indicate that the admissions cycle immediately following the National Strike (1989-1990 applicants for enrollment in the fall of 1990) was, for African American and Latino applicants, the high- water mark of opportunity in the Bakke to Grutter era. Recall that in the 1976-1985 period, the Black-White acceptance ratio was in the .66-.70 range. The Black-White ratio jumped from .71 in 1988 to .86 in 1990. Likewise, Chart 10 reflects that the Latino-White ratio rose from .81 in 1988 to .92 in 1990. Regarding Chicanos specifically, between 1976 and 1985, the Chicano-White acceptance ratio was in the .80-.85 range, yet that ratio rose from .91 in 1988 to 1.00 in 1990, the only time in the last quarter-century in which Chicanos and Whites had equal cumulative acceptance rates to law school. Given that the 1990-1991 period represented historic highs for people of color both in terms of law-faculty hiring and law school admissions, it is reasonable to conclude that the student activism leading up to the National Strike--and the larger mood of which that strike was a tangible sign--had a significant influence on the structuring of opportunities in legal education in the early 1990s.

In addition to showing the important role that student activism must have played in increasing the number of minority law school professors and students, the national admissions data also suggest that Hopwood, Proposition 209, other affirmative action bans, and the threat of litigation had a chilling effect on admissions opportunities for students of color in the mid- to late 1990s. Although Hopwood and Prop. 209 affected only a handful of schools, the data in Chart 10 show that the fall of affirmative action has had a wider impact. Charts 11A and 11B add context to the charts above by listing admissions rates for Whites and underrepresented minorities with equivalent UGPAs. With the data broken down by UGPA range (3.0-3.24, 3.25-3.49, etc.), American Indians, African Americans, Chicanos, Puerto Ricans, and other Latinos were combined into a single category for sample size reasons. What is most noticeable about Charts 11A and 11B is how admissions rates for underrepresented minorities (URMs) are basically flat between 1992 and 2000. In contrast, admissions rates for White applicants, in most cases already higher than those for URMS with the same UGPAs, increased significantly between the mid-1990s and the late 1990s. Thus, Chart 11A reveals that by 1996, White applicants with 3.0-3.24 UGPAs had admissions rates similar to URM applicants with 3.5-3.74 UGPAs. Likewise, Chart 11B indicates that in the late 1990s, White applicants with 3.25-3.49 UGPAs had admissions rates similar to URM applicants with 3.75+ UGPAs. National data over the last fifteen years demonstrate that law schools respond to both progressive and conservative political developments.

In summary, efforts to diversify legal education have met with mixed success. On one hand, as the figures in the Appendix indicate, total first-year enrollment levels for American Indian, Chicano, Latino, and African American students have risen significantly in the last two decades, even though overall enrollment levels have been nearly flat. On the other hand, admissions rates for students of color, both cumulatively and among those with equivalent UGPAs, continue to lag behind those of White applicants. In fact, it is discouraging to note that the Black-White acceptance ratio was lower overall between 1996 and 2001 than for any other period since Bakke. Much remains to be done before it can be said with a straight face that law school admissions operate on an equal playing field. It is also clear from the pre-affirmative action era as well as from data on recent affirmative action bans in California, Texas, and Washington, that if he Supreme Court prohibits institutions of higher learning from using race and ethnicity as a significant plus factor in admissions, law schools will experience substantial resegregation.