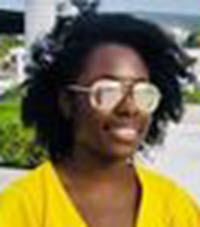 Picture this. You wake up. You go to shower, but all you have are wet wipes. You crave a warm meal, but all you have are cold meals. Your back starts to hurt. You look for somewhere to lay down, only to remember that where you are is so crowded there is barely any space to stand, let alone room to sit down. You feel a bit ill, but you are unable to see a doctor. In fact, you have not seen anyone outside of your vicinity for quite some time. Neither have you called anyone. This is when you remember: you are not home. In fact, you have not been in a home for weeks, maybe even months. Instead, you are in an immigration detention center. These are some of the conditions of immigration detention centers around the world.

Typically, individuals are held in immigration detention facilities for indefinite periods of time in small holding cells with no access to sanitary supplies, places to shower, or even simply a place to wash their hands. Due to numerous immigrants, refugees, and asylum seekers, individuals sometimes have to sleep on concrete floors or stand for days because there is not enough space.

Conditions such as these lead to many questions concerning the usage of such immigration detention facilities and their relation to human rights. Does such confinement violate international human rights? This is the foundation of this research. This note explores whether immigration detention facilities could constitute a crime against humanity under international criminal law.

With an inquiry such as this, a look into the 1967 Protocol Relating to the Status of Refugees (the “Protocol”), the Rome Statute of 1998 (the “Rome Statute”), the Convention Against Torture (the “CAT”), and other international agreements is useful. Some nations, such as the United States (“U.S.”), have signed these agreements but later opted not to ratify. Recently, crimes against humanity have been understood to encompass governments' purposeful actions against civilian populations during war or times of peace, which then cause great suffering. This suffering includes both arbitrary detention and cruel imprisonment. Article 7 of the Rome Statute defines crimes against humanity to include “'deportation or forcible transfer of population’ and 'imprisonment or other severe deprivation of physical liberty in violation of fundamental rules of international law.”’

Part II will discuss Australian immigration detention issues. In 2017, a group of international criminal and refugee law scholars made a Communication (the “Communication”) to the Office of the Prosecutor of the International Criminal Court (“ICC”) arguing that the Australian government participated in “'maintaining and authorizing [the] detention camps”’ and so it “'do[es] have [a] responsibility under the ICC”’ for its use of offshore detention centers. Specifically, the Communication suggested the offshore detention centers could constitute a crime against humanity. Along with that argument came the issue that the government was attempting to “contract-out the detention facilities, and thereby avoid responsibility.” This note will utilize the Communication's argument that offshore centers are a crime against humanity and expound on it to analyze whether both offshore and onshore detention centers could constitute a crime against humanity under the acts of improper deportation or forcible transfers and imprisonment or severe deprivation of physical liberties. This section will conduct case studies on detention centers in both Australia and the U.S. to analyze if such facilities meet the requirements under article 7 of the Rome Statute.

Finally, Part III will evaluate whether Sweden's detention centers constitute a crime against humanity. Interestingly, Sweden's detention facilities are arguably less dire. Thus, this note will argue that this makes it a great candidate to create a model for other countries to follow to lessen their chances of committing crimes against humanity. The note will demonstrate that improving conditions will not necessarily prevent countries from violating the improper deportation or forcible transfer acts under the Rome Statute. However, improving conditions may prevent countries from violating the acts of imprisonment or severe deprivation of physical liberties. If governments can improve their detention centers' conditions to match or surpass conditions in Sweden, these governments could be on their way to operating centers free of Article 7 violations.

Additionally, immigration detention center operations can be equivalent to deportation or forcible transfer. When looking at each country's usage of house and work raids and summary deportations, these all also likely make operations of these centers a crime against humanity. Moreover, the use of migrant interdiction in the seas around the countries to place individuals in offshore centers also falls under this act as prohibited by the Rome Statute.

Now, this note recognizes that it may not be entirely plausible to eliminate detention centers completely. There needs to be areas to hold the overflow of individuals like those seeking asylum. Nonetheless, although dealing with the act of deportation or forcible transfer is difficult, countries can still improve by not committing acts that severely deprive individuals of their physical liberties. When it comes to possible alternatives, Sweden's immigration detention operation could likely be a valuable example. Sweden's aim of treating the individuals in detention centers humanely is reflected in their conditions. Allowing families to stay together in one room, permitting time for recreational activity, allowing visits from people including legal counsel, and providing adequate food are just some examples of how Swedish centers differ from many other centers around the globe.

However, there are still issues that arise. For one, Sweden's system is not perfect. Like the U.S. and Australia, Sweden detains individuals who likely have lawful presence through worksite sweeps and home raids regardless of their nationality. Thus, as stated before, acts of deportation or forcible transfer are still being perpetrated. Additionally, the healthcare supplied at its centers are inadequate. At most centers, doctors' visits are not as frequent as they should be. There are no mental health staff at the centers even though being detained can cause detrimental effects to one's mental health. Thus, in that regard, Sweden should not be used as a model. Nonetheless, the country's Märsta detention center exemplifies how healthcare conditions at detention centers can be improved.

In conclusion, due to the globalized world and various issues in various nations, governments have had to find ways to handle the ongoing influxes of individuals trying to come into their nations. This is especially difficult for smaller nations or nations experiencing financial hardships. Nevertheless, this is not an excuse for the deprivation of human rights. Individuals should not be imprisoned simply for trying to better their lives. Therefore, adopting some of the conditions of Sweden's detention centers would be helpful to making it feel less prison-like and more like temporary housing. Overall, the experiences of the individuals in detention centers are more than enough reason to improve the systems in ways that do not constitute a crime against humanity against some of the very people already fleeing from such crimes.