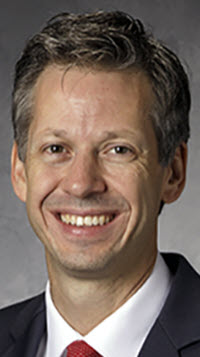 Until 2000, Precias Freeman lived a normal life. She grew up in a good home, was active in her church, and was getting ready to have a baby. Then, after she slipped in the shower and broke her tailbone, she was prescribed hydrocodone--a common opioid--to manage her pain. Her use quickly turned into addiction. She worked for a doctor who--once the prescription lapsed--allowed her to write her own thirty-pill prescriptions for the drug. She started small, but at the height of her addiction was taking sixty to eighty pills per day, an amount that could easily kill a person who had not built up such a tolerance. “[E]very[] day I woke up, ... the first thing on my mind was how do I not have to feel like I am about to die.”

While Freeman initially took all of her pills herself, it was not long before she was selling them to support her habit. She began printing duplicate prescriptions for other patients who had been prescribed opioids. After filling the prescriptions, she would take half the pills herself and sell the rest--below market rate--to an acquaintance. Eventually, the DEA learned about the fake prescriptions, and Freeman was arrested and prosecuted federally. Based in part on the number of pills she had sold over a period of years, she faced an exceptionally high Sentencing Guideline range: 210-240 months' imprisonment. 0 Freeman argued that she should be sentenced below that range because her drug addiction was a mitigating circumstance that reduced her culpability.  Her attorney explained how Freeman had only sold the pills to support her own dependency; how she suffered from the disease of addiction; how she needed treatment.

The judge was unpersuaded: he sentenced Freeman to 210 months' imprisonment.  She appealed and achieved an extraordinarily unusual result: the Fourth Circuit vacated her sentence, holding that “the district court failed to seriously consider Freeman's addiction as mitigating.”  It outlined how drug addiction can “take over a person's life” and explained that the “overwhelming record evidence” of Freeman's severe addiction merited a variance below the Guideline range.  The decision was remarkable--as the dissenting judge noted, it was the first time in the history of the circuit that a within-Guideline sentence had been vacated as substantively unreasonable.

But was the district judge's decision not to more strongly weigh Freeman's mitigating addiction evidence remarkable as well? The Guidelines largely advise judges not to consider mitigating factors like the ones in Freeman.  But the federal sentencing statute, in contrast, permits judges to weigh extremely broad factors such as the “nature and circumstances of the offense” and the “history and characteristics” of the defendant in deciding whether to impose a within-Guideline sentence.  How do those competing influences affect sentencing decisions? Was it unusual for the judge to discount Freeman's addiction, or was it typical? Would the judge have treated other possible mitigation--such as a difficult upbringing or evidence of Freeman's good character or remorse--differently? What about mitigating aspects of the crime itself, such as the lack of direct victims, or the fact that Freeman made little money from the drug sales?

Questions like these are central to our understanding of how judges impose sentences. And their answers should shape how we structure sentencing rules and doctrines. But surprisingly, very little legal scholarship has explored sentencing mitigation in noncapital cases. While a few scholars have categorized types of mitigation and placed them within broader theoretical frameworks, and some laboratory studies have tried to model mitigation's relationship with general views of criminal culpability, almost none have examined mitigation in a real-world context.

This Article fills that gap. I report the results from the first empirical study examining mitigation practices in real noncapital federal cases. I gathered data by coding sentencing memoranda filed by defense attorneys in over 300 felony cases. By systematically identifying and parsing common categories of mitigation, quantitatively coding the evidence, and statistically examining the relationships between the text and the sentence imposed, I show that mitigation is a significant predictor of sentencing outcomes and that judges approach mitigation in a modern way: rather than adhering to the strict, offense-centric structure that has dominated sentencing since the advent of the Sentencing Guidelines in the 1980s, judges individualize their sentences in ways that consider the personal characteristics of each defendant, beyond what the Sentencing Guidelines anticipate. The results have significant implications for criminal justice policy: while my data suggest that mitigation may be important to judges' sentencing decisions, both the Guidelines and procedural rules and doctrines minimize mitigation, failing to encourage either defense attorneys or prosecutors to investigate and consider it.

The Article proceeds in six Parts. In Part I, I describe how sentencing has become the most critical part of a criminal case and why sentencing memoranda may be so influential in judges' sentencing decisions. With trials having given way almost entirely to guilty pleas, and with most convictions giving judges significant authority to choose from a wide range of potential sentences, sentencing affects the defendant's future more than any other part of the case. Judges also have significant discretion at sentencing and are well insulated from sentencing appeals. And surprisingly, judges learn little sentencing-relevant information during earlier stages of the case. They are not typically assigned to the case until it has passed the early substantive portions of litigation, and common events such as plea hearings provide judges with little actual information about the case or defendant. Instead, judges learn nearly all relevant sentencing facts from either the presentence report provided by the probation department or the parties' sentencing memoranda--briefs in which the defense is free to outline virtually any type of mitigation that favors a reduced sentence. And while the Sentencing Guidelines largely restrict the importance of mitigation, the Supreme Court's decision in United States v. Booker allowed judges to sentence outside of the Guidelines by weighing broad statutory factors such as the “nature and circumstances of the offense” and the “history and characteristics” of the defendant, setting up a tension between the Guidelines and the statute.

In Part II, I analyze the limited, preexisting empirical research on the types of mitigating factors that might impact a judge's sentencing decision. I describe two different categories of data: first, surveys given to federal judges asking them to rank how relevant various types of mitigation typically are to their sentencing decisions; and second, laboratory experiments, in which researchers provide laypeople with vignettes featuring crime scenarios with various types of mitigating information, asking them to make culpability judgments based on the vignettes. The data imply that several types of mitigation may be important, but they also have some inconsistent results and do not reflect the full array of considerations that go into real sentences.

In Part III, I describe my novel approach to the question: coding sentencing memoranda filed by defense attorneys in federal felony cases and examining the relationship between mitigation and the sentence imposed. I divide mitigation primarily into “offense” mitigation--mitigating facts related to the offense itself--and “personal” mitigation--mitigating characteristics about the defendant, independent of the crime. Under those broad umbrellas, I identified sixteen different common categories of mitigation and systematically parsed and coded each type to identify relationships between the extent of presentation of each category (measured by number of words) and the sentence imposed. The study is the first of its kind, exploring the mitigating evidence that defense attorneys present in a broad variety of criminal contexts. I also describe my hypotheses--based on the survey and experimental literature--in Part IV.

Part V reports the results from my study. I find broad support for the notion that mitigation is critically important at sentencing, despite a Guideline system that minimizes it. Contrary to the rigid, offense-centric structure that the Guidelines encourage, judges' sentences are strongly associated with the mitigating evidence presented by defense counsel. Lengthier and more robust mitigating arguments are associated with lower sentences relative to a defendant's Guideline range. In particular, extensive presentation of personal mitigation correlates more strongly with lower sentences than offense mitigation. Mitigating arguments that are supported by concrete evidence--such as medical records or specific acts demonstrating remorse--are also associated with lower sentences. And science-based arguments about the defendant's mental and physical health that are relevant to the offense--such as addiction or mental illness--are most strongly associated with reduced sentences.

In Part VI, I discuss the legal and policy implications of my results. While mitigation appears to influence judges' decisions, current procedural structures do not encourage significant mitigation in most cases. I focus on three areas for potential reform. First, broadening effective assistance of counsel. In capital cases, the investigation and presentation of mitigating evidence is treated as a critical part of a defense attorney's role, and attorneys who do not properly research and present mitigation can sometimes be found ineffective. But the same is not true for attorneys in noncapital felony cases, resulting in enormous disparities in the quantity and quality of mitigation presented and reducing the extent to which defendants' interests are protected. Second, increasing neuroscience-based health mitigation evidence. In my data, health-related mitigation had a substantially stronger association with reduced sentences than any other type of mitigation, and mental-health-related mitigation was a strong component of that. Neuroscience-based mitigation--in the form of behavioral testing or imaging examining defendants for cognitive impairments--has extensive potential to provide strong mitigating evidence, yet is uncommon outside of cases involving defendants who present competency concerns. Third, presenting mitigation to prosecutors. Prosecutors play a significant role in determining sentences, both through the plea deals they offer and their sentencing recommendations to judges. And prosecutors may be growing more receptive to mitigating arguments with the wave of progressive prosecutors who have taken office over the past five years. Yet it is likely that prosecutors are rarely presented with mitigating evidence to consider. I explore ways to remedy this problem and encourage early and extensive presentation of mitigation to prosecutors.

We are at a critical period in criminal justice policy. The public is more aware than ever about the myriad of problems in the system: hostile police-- community relationships; mass incarceration; systemically unequal racial treatment. And there is rare bipartisan support from legislatures toward addressing some of those issues--particularly overly restrictive sentencing policies. In some ways, the data I report here are very encouraging toward progress. My data imply that mitigation matters in judges' sentencing decisions; that the relationship between mitigation and sentencing makes sense given the experimental and survey literature; and that judges are engaging in a careful, modern consideration of mitigation by recognizing how personal characteristics and circumstances influence culpability and how evidence and data should impact the weight of mitigation beyond what the Sentencing Guidelines provide.

But the data are also discouraging in the systemic flaws that they highlight. They imply that identifying and presenting mitigation is among the most important parts of a criminal case, and yet defendants have almost no procedural protections to ensure that step happens effectively. To the extent the system even requires a thorough investigation, it does not enforce it through the requirements of effective assistance of counsel. It does not facilitate a thorough examination into health mitigation, which appears especially crucial. It does not encourage prosecutors to consider mitigation in making their extremely consequential decisions. And the Guidelines do not provide reasonable standards for judges to follow in weighing mitigation, leading judges to simply sentence outside the Guideline range, reducing transparency and uniformity.

All of these problems are at least partly solvable, either through modifications to procedural rules, amendments to ABA guidance and the Sentencing Guidelines, or policy decisions made by prosecutors' and public defenders' offices. Until there is support for reforms like these, there will likely continue to be wide variation in the amount and quality of mitigation presented from case to case, likely leading to unjust disparities among defendants. My hope is that the data reported in this Article provide a first step toward advocating for these reforms and encourage greater recognition of the importance of mitigation at sentencing.