Tracing the Roots of the Thirteenth Amendment

“The arc of the moral universe is long, but it bends towards justice. 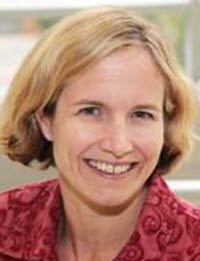 The quotation above belongs to Dr. Martin Luther King, Jr., who delivered the line several times, including during a speech given in Montgomery, Alabama, at the completion of a protest march that began in Selma. That march came to define the Civil Rights Movement, as Black Americans sought to reclaim their rights as American citizens, in the face of violent opposition. Dr. King adapted the line from a sermon given by Theodore Parker, a Unitarian minister who also spoke in reference to racial justice--specifically, the abolition of slavery. Both Dr. King and Reverend Parker understood, based on personal experience, that the sway in that arc did not bend without human effort. Former Attorney General Eric Holder, speaking in 2016, clarified the sentiment when he said, “[T]he arc bends toward justice, but it only bends toward justice because people pull it towards justice. It doesn't happen on its own.”

The Thirteenth Amendment to the United States Constitution ended chattel slavery in the United States. The journey from the Declaration of Independence to the Thirteenth Amendment, however, did not resemble a graceful arc. The 1776 Report, released in the waning days of the Trump Administration, proclaims, “The foundation of our Republic planted the seeds of the death of slavery in America,” and further, the Declaration of Independence and the Constitution “set the stage for abolition.” The report deems critiques of the Founders--specifically as to the hypocrisy inherent in demanding freedom for oneself while taking it, wholesale, from others--as false, and further asserts that such criticisms have “done enormous damage, especially in recent years, with a devastating effect on our civic unity and social fabric.” The report suggests that the Thirteenth Amendment sprang from a preordained Revolutionary seed and blossomed all on its own, without the requirement of human intervention.

The history of the Thirteenth Amendment tells a different story. The Thirteenth Amendment's nationwide abolition of chattel slavery, under the authority of the federal government, required a radical reordering of fundamental constitutional principles that did not proceed in a straight line from the Declaration of Independence to emancipation. Failure to understand this history and the role played by those who were willing to challenge the status quo, often sacrificing their own lives to do so, threatens to stymie progress in this country's incomplete journey towards justice on behalf of its Black citizens.

Former President Trump lost his bid for re-election shortly after the 1776 Report was issued. The American Historical Association condemned the 1776 Report as a “call for a form of government indoctrination of American students” that would “elevate ignorance about the past to a civic virtue.” Numerous individual historians and commentators have panned the 1776 Report, with one historian characterizing it as “propaganda masquerading as a serious document with intellectual content ....” The 1776 Report should not be ignored or simply dismissed by its critics, however, because the sentiments expressed in it are widely accepted by many in the Republican Party. Activists have echoed the report's call for “patriotic education” to engage in “culture wars” and legislative action against so-called “critical race theory” in schools. The chair of the 1776 Commission, Larry P. Arnn, has spearheaded efforts to incorporate the themes of the 1776 Report into K-12 education, introducing dozens of charter schools across the country and rewriting the civics curriculum for all Florida public schools. Numerous states have passed laws that effectively limit public schools' ability to teach the true history of race and racism in the United States, including the institution of slavery, on the theory that doing so will make white children uncomfortable and instill a hatred of America. Both the 1776 Report and those who embrace its gilded version of American history fundamentally misunderstand both the history itself and the value of learning it.

Slavery and the racism that enabled and perpetuated the institution--not the study or the critique of it--has damaged the “civic unity and social fabric” of the United States. The fractures caused by slavery were not mended by the ratification of the Thirteenth Amendment, which was only a first step in the nation's unfinished journey to fulfill the promise of its founding ideals. The country cannot heal these wounds by pretending they do not exist or by denying their source. In the words of Inaugural Poet Amanda Gorman, “[B]eing American is more than a pride we inherit - it's the past we step into and how we repair it.” Stepping into our past and understanding it, particularly the history of slavery and the tortured path toward its abolition, is a critical step in repairing the damage it has wrought.

Part II of this article examines the history of slavery in the United States at the time of the Founding. The promise of equality embodied in Thomas Jefferson's Declaration of Independence--the belief “that all men are created equal”--rang hollow to those who were enslaved, especially those who were enslaved by Jefferson himself and his fellow Founders. Prior to ratification of the Thirteenth Amendment, the word “slavery” did not appear in the Constitution; yet its influence reverberated throughout the document. The ideological seeds sown by the Revolution sparked efforts to end slavery in the Northeast and Mid-Atlantic states, which ultimately succeeded, but not in the South. It is unclear when and under what circumstances these states, even those that did not secede, would have released their grip on human bondage but for the Civil War and the constitutional reformation that arose from it.

Part III of the article examines the surprisingly dim prospects for nationwide emancipation in the antebellum period. Slavery did not fade from existence in the years following the Constitution's ratification; instead, it exploded in the Southern states. Even after the onset of the Civil War, Republicans (including President Abraham Lincoln) foreswore any desire or ability to use the Constitution to end slavery in the South and tried to amend the Constitution to prevent it from ever being used to achieve that aim. Slavery was not teetering on the brink of extinction by 1860: it was arguably at its peak. Even in 1864, after years of civil war, some congressmen opposed the Thirteenth Amendment on the grounds that slavery was so central to the government established in 1788 that it was beyond the reach of the amendment power established in Article V of the Constitution itself. The eventual adoption and ratification of the Thirteenth Amendment in 1865 was a monumental achievement, not a foregone conclusion. These strides in the long campaign to end slavery in the United States demanded enormous sacrifice and effort by Black Americans and their allies to challenge the status quo.

The Thirteenth Amendment to the United States Constitution ended chattel slavery in this country. However, the Radical Republicans who championed it sought to do more than just that, as Isaac Arnold's statement reflects. They intended to bring the nation closer to fulfilling its original promises, elevating and implementing the principle of equality before the law. Despite a last-minute (and thankfully failed) attempt to rewrite the Constitution before the Civil War, the plain language of the document did not impede Congress or the states from making this change. Did emancipation simply blossom from a seed planted seventy-five years earlier by the drafters of the Constitution and the Declaration of Independence? No, it did not. Their handiwork, which included the Three-Fifths Clause, the Fugitive Slave Clause, and the double-supermajority requirement for constitutional amendments, had to be either scrapped or overcome to achieve that end.

In hindsight, Isaac Arnold engaged in wishful thinking when he proclaimed that the Thirteenth Amendment would bring about a nation that was “wholly free,” built around the cornerstone of equality before the law. The Thirteenth Amendment was only the first of three Reconstruction Amendments that revised the Constitution in an attempt to achieve this goal. The nation's resolve to embrace equality, however, did not last long enough to fulfill the promises embedded in the newly-rewritten Constitution. Ultimately, the catastrophic abandonment of Reconstruction, bringing about the era of Jim Crow, forced the “moral arc of the universe” to bend backwards, betraying the people who had only recently secured release from bondage.

The 1776 Report quotes Dr. Martin Luther King's “I Have a Dream” speech, choosing words from his speech that appear to endorse its rosy depiction of the founding era:

When the architects of our Republic wrote the magnificent words of the Constitution and the Declaration of Independence, they were signing a promissory note to which every American was to fall heir. This note was a promise that all men, yes, black men as well as white men, would be guaranteed the unalienable rights of life, liberty, and the pursuit of happiness.

While Dr. King did speak these words, the absence of context strips the quote of its meaning. Dr. King delivered this speech on August 28, 1963, during the March on Washington for Jobs and Freedom. During that march, about a quarter million Americans demonstrated in the nation's capital to demand civic equality and economic opportunity for the country's Black citizens. By the time Dr. King made this speech, almost a hundred years had passed since the ratification of the Thirteenth Amendment. The Constitution itself was 175 years old. And yet, the nation's “promissory note” remained unpaid.

Dr. King called the country to task for its broken promises: “It is obvious today that America has defaulted on this promissory note in so far as her citizens of color are concerned. Instead of honoring this sacred obligation, America has given the Negro people a bad check, a check which has come back marked insufficient funds.” Dr. King went on to articulate a “dream that one day this nation will rise up and live out the true meaning of its creed, 'We hold these truths to be self-evident that all men are created.”’ Yet even today, the ideal of “equality before the law” remains an elusive goal for many Black Americans.

The 1776 Report and similar demands for so-called “patriotic education” threaten our “civic unity and social fabric” by throwing blinders over our eyes and erecting barriers to progress. The 1776 Report co-opts the words of radicals like Dr. King and thereby makes their achievements appear painless and inevitable. It paints efforts to continue the struggle for equality as destructive and unpatriotic. The instinct to characterize and portray those who struggle to improve America as its enemies did not begin or end with the 1776 Report. Dr. King himself was accused of hating America.

The Thirteenth Amendment constituted an essential step in the long history of the search and struggle for racial justice in America. The journey must continue. The arc of the moral universe cannot bend towards justice without enormous sacrifice and human effort. To move forward, Americans must understand the true history of slavery in this country, especially as it impacted the drafting of the Constitution at the nation's founding. Attempts to minimize and excuse the enslavement of millions of people, in a misguided quest for so-called unity, have had, and will continue to have, the opposite effect. Progress requires knowledge of both the promise and the failures of the American experiment. Those who, like Dr. King, push the country to “rise up and live out the true meaning of its creed” recognize that it has not yet done so--are the nation's true patriots, not its enemies.