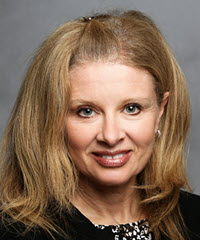 The cacophony of conversation in the courtroom momentarily ceases when the judge takes the bench, and the court officer announces that court is in session. Lawyers and court personnel snap to attention, waiting for cases to be heard. The cries of a baby squirming in her mother's arms pierce the fleeting silence--the mother, like other spectators sitting on wooden benches, is there to show support for a loved one who was arrested. Court officers lead those who have been arrested from jail cells, sometimes referred to as “holding pens,” into the courtroom. Strikingly, the courtroom becomes awash in a sea of Black and brown faces. This fictional scenario depicts an arraignment court in New York City, drawn from my experience working as an assistant district attorney in the Bronx and observing arraignments in Manhattan.

Scenes like this one have no doubt played out in many courtrooms in the United States over the years--people from historically marginalized groups brought into courtrooms to learn their fates at arraignment, trial, and sentencing. Even though race is surely visible in these settings, it often was not truly seen. Instead of realizing that something was wrong when one out of every three Black males landed in prison, the criminal justice system plodded along, relying on “race-neutral laws” to mete out justice. It took a series of tragedies, including the killing of Black men and women by the police, the unveiling of wrongful convictions, and pre-trial detention atrocities, to bring race out of the shadows. The criminal justice system is finally openly acknowledging that race really matters. Race can influence the trajectory of a case, frequently resulting in unjust outcomes.

This essay highlights the threat of unjust outcomes: it unpacks the teaching potential of a class exercise designed to open students' eyes to the danger of racial bias in eyewitness identifications in criminal cases. The genesis for this piece is my teaching in Race, Bias, and Advocacy, a course at New York Law School that introduces students to “ways in which issues of race and racial bias manifest themselves in the law and its practice.” Consistent with the framing of the course, this essay focuses on the impact of racial bias in legal practice rather than on intersectionality or bias and discrimination based on membership in other social and cultural groups.

The following presents the basics of a class exercise that I first introduced in Race and the Criminal Justice System: Criminal Prosecutions, one of many seminars within the larger Race, Bias, and Advocacy course. The exercise, an interactive in-class roleplay, involves a hypothetical robbery. The case features one witness; the victim, who is a white woman; and the accused, who is a Black man. An inflection point that exists in many criminal cases is highlighted: a cross-racial eyewitness identification setting where the race of the eyewitness and the accused is often completely visible, yet may be ignored or discounted. The exercise has two goals: first, to awaken students to the urgency of seeing race as a crucial consideration in the calculus of a case; second, to introduce students to a habit of thinking critically about the impact of race and racial bias in legal practice, a habit rooted in Professors Sue Bryant and Jean Koh Peters' groundbreaking work, Five Habits for Cross-Cultural Lawyering, and informed by their guidance in Talking About Race. My hope is that the exercise inspires students to develop analytical tools that will help them identify and combat racial bias in their work as counselors and advocates. A robust educational focus on the existence, effects, and elimination of racial bias is integral to the professional development of lawyers who are deeply committed to fairness and justice in the law and its practice.

In 2022, the American Bar Association (A.B.A.) approved a new standard for A.B.A.-accredited law schools that will require education on “bias, cross-cultural competency, and racism.” Instructional material like the Hudson exercise that engages students in critical thinking about the impact of race and racial bias in legal practice would help satisfy such a requirement. Teaching students about bias and racism is a crucial step in the professional development of effective, empathetic lawyers committed to achieving justice for clients and society.