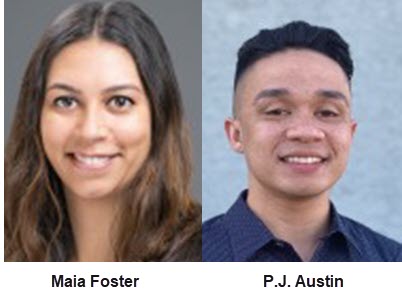 Black farmers have sought just compensation from the United States Department of Agriculture (USDA) for decades. Despite the USDA's acknowledgement that it has provided Black farmers with inferior access to loans and services, proposals to pay farmers for past discrimination “have languished in controversy and red tape.” In the words of the fourth-generation farmer Lucious Abrams, “[We] didn't have any idea we gonna [sic] be here twenty years later still fighting ... but through His grace and mercy we're still here, fighting for justice.” Abrams was a plaintiff in the landmark “Pigford settlement” that was reached in recognition of the decades of discriminatory practices by the USDA against Black farmers. The suit resulted in $2.3 billion in compensation paid out to the victims of the discrimination. But Abrams, like thousands of other Pigford claimants, never collected. As Abrams fought compensation denial in court, he also fought off foreclosure, and his federal loan debt ballooned. Now, Abrams is watching the developments surrounding the American Rescue Plan Act (ARPA), enacted in 2021 and promising $4 billion in loan forgiveness to “socially disadvantaged” farmers. Like other Black farmers, Abrams is skeptical that relief will ever come. “If you go and stick your hand in a hole and a rattlesnake bites it the first time, then you go back there a second time, it bites you the second time, what do you think you are going to do the third time?”

The United States has thoroughly acknowledged its history of discrimination against Black farmers. Government reports describe discriminatory loan practices, underrepresentation of minority producers on USDA county committees, and the Reagan-era dismantling of the USDA Office of Civil Rights. The USDA published a report detailing the agency's failure to remedy discrimination and mistreatment. And, notably, Black farmers in the late 1990s fought for--and secured--one of the largest civil rights settlements in history.

However, Black farmers continue to disappear. In the last century, the population of Black farmers has plummeted from nearly one million in 1920 to less than 50,000 today. The landmark discrimination settlements of the 1990s, while providing necessary aid to many farmers, created logistical and legal barriers to recovery for many others. Meanwhile, farmers continue to require capital; agricultural leaders like JohnElla Holmes, the Director of the Kansas Black Farmers Association, have found that “loans are ... just pivotal.” In fact, farm loans are “an integral part of the [modern] agricultural production process,” and up-front funding for crop production is essential for many farmers.

On June 10, 2021, a rattlesnake bit Lucious Abrams's hand again. That day, a federal judge in Wisconsin halted all payments from the ARPA's loan forgiveness program. The program offered loan forgiveness to socially disadvantaged farmers and ranchers (SDFRs), defined as those “belonging to groups that have been subject to racial or ethnic prejudice.” In particular, SDFRs include “farmers who are Black or African American, American Indian or Alaska Native, Hispanic or Latino, and Asian or Pacific Islander.” White farmers had filed suit, alleging that the program therefore discriminated against them by excluding them from the debt relief on the basis of their race. This and similar cases pose a new obstacle to much-needed relief. The existence of many Black farmers is at stake in the meantime.

This essay explores the plight of Black farmers in America and weighs potential paths forward given the challenges facing ARPA. It recounts a brief history of Black farming in the United States and addresses current legal challenges to § 1005 of ARPA, enacted by Congress to aid Black and other “socially disadvantaged” farmers. It concludes by analyzing possible strategies to provide aid to a dwindling Black farmer population.

The rattlesnake continues to bite Black farmers. Despite recent Congressional efforts, debt relief is still out of reach. Meanwhile, the lingering effects of discrimination by the USDA continue to eviscerate the population of Black farmers. Our current legal system does not provide a clear avenue to specifically redress past wrongs to Black farmers. If our traditional understanding of strict scrutiny for racial classifications, reflected in current litigation, does not change, reparative legislation will face an uphill battle. Either courts must begin to modernize and allow for legislation that specifically rights long-time burdens from past wrongs, or lawyers and legislators must find another path to make Black farmers whole. Until they do, Black farmers hang in the balance.