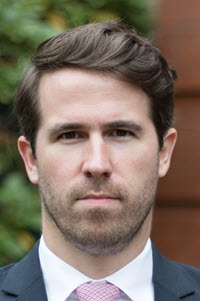 Tobacco products continue to be the leading cause of preventable death in the United States, with over 400,000 deaths each year, and more than 16 million left with chronic diseases related to smoking. Tremendous progress has been made since the height of tobacco's popularity, including the passage of the Family Smoking Prevention and Tobacco Control Act (TCA). The public is arguably more informed of the dangers of tobacco use--for cigarettes especially--than at any other point in this country's history. Yet, progress in reducing tobacco use and nicotine addiction has not only stagnated, but perhaps regressed.

Tobacco companies profited most heavily from the broad use of cigarettes, and as cigarette users dwindled over time, so did a critical revenue stream. But past smokers hooked on cigarettes found the incredibly addictive products difficult to quit. Efforts to find effective smoking cessation devices produced limited success, with smokers using products such as nicotine patches and gum. From this landscape emerged a new hope: the electronic cigarette (or e-cigarette). The advantage over prior products was evident: it gave the user the nicotine fix they craved and satisfied oral fixations, while producing less inhalable toxins found in combustible cigarettes.

However, not all e-cigarettes are created equal. Juul emerged on the market and almost immediately found incredible success. One of the primary reasons was its high nicotine levels. Prior to Juul, most e-cigarettes provided nicotine in the 1%-2% range, with 3% typically being the highest option offered and advertised as intended for high-rate smokers, such as those consuming two packs a day. This made sense, given conventional cigarettes had a nicotine concentration of approximately 1.5%-2%. But Juul entered the market with 5% nicotine salt solutions, far outpacing the competition. In fact, Juul can be reasonably credited with inspiring new products that follow their pod-based model and, more importantly, beginning an arms race of high nicotine offerings.

Given that nicotine is the highly addictive ingredient in cigarettes, Juul users face similar risk in addiction, though--in theory--reduced risk of detrimental health effects due to the e-cigarette being less harmful than traditional cigarettes. However, the evidence of Juul's ability to help smokers quit is lacking and may actually work to increase addiction to smoking--albeit smoking of e-cigarettes. Moreover, the harm of a nicotine addiction cannot be overlooked. There are still potential dangers for e-cigarette users, whether they be adults, pregnant women, or youth whose brains are still developing.

All of this demonstrates that the fight to reduce the harms of smoking, whether they be traditional or electronic cigarettes, is not over. In fact, a new era of harm may have already begun with e-cigarettes, and Juul specifically, generating a new type of risk and creating a new generation of smoking addicts. This is critical to recognize not only for the public at large, but for communities of color in particular. These communities generally suffer disproportionately from health disparities, and specifically from tobacco-related disparities, and have historically been targeted by tobacco companies. Once more, this targeting continues with Juul as well.

Targeting communities of color has a two-fold benefit for corporations seeking to protect profits. First, it increases direct revenue through greater sales to these communities. But a second benefit that garners far less attention is that the companies can use these communities as a shield from regulation. The debate and constant delay over deciding whether to ban menthol cigarettes, the last remaining flavor allowed after the TCA banned all others, demonstrates how Black smokers have been used as a shield from the menthol ban.

Since a vast majority of Black smokers use menthol cigarettes, a ban on this flavor seemed like a significant and obvious step toward ameliorating some of these disparities. Yet, it has taken over a decade since the TCA was passed and banned all other cigarette flavors before a proposed rule banning menthol was issued. A significant justification for this delay was the fact that Black smokers prefer menthol cigarettes and, therefore, banning them would have a disproportionate impact on Black smokers which could result in increased policing of these communities.

But lives were lost that could have been saved during this delay. With Juul now targeting communities of color and creating a new generation of addicted youth, we cannot afford another delayed reaction. Instead, we must recognize this new threat for what it is: Menthol 2.0. The parallels between the two are uncanny, right down to marketing strategies, and a recognition of the similarities--as opposed to simply the differences--will help to mitigate the new harm and potentially prevent what is likely to come next: Juul 2.0.

In Part I of this Article, the impact of menthols targeting people of color--the Black community in particular--will be explored and its connection to health disparities. Part II will examine Juul's efforts to dominate the e-cigarette landscape, following a similar blueprint laid out by the tobacco company decades earlier. In doing so, this section aims to highlight the deliberate attempt by Juul to exacerbate health disparities rather than alleviate them, as the company often claims. Finally, Part III will explain how delays to address Juul's targeting of Black communities will result in a continuation of disproportionate impact of the newest threat from smoking, while opening the door for future corporations to mimic the pattern that has already caused these communities so much harm.

If we do not learn from history, it is likely to repeat itself. The story of menthol cigarettes exploiting and drawing profits and pain from the Black community is now well understood. If menthols, along with flavored cigars, are indeed banned, we cannot rest to celebrate a public health victory. Government indifference toward health disparities too has a long and egregious history. If we are to take seriously the concern over nicotine addiction among the country's youth, the concern must be for all youth. Continuing to follow the lead of the tobacco industry, Juul has already taken steps to create a new “Black shield.” An ensuing menthol ban would only strengthen their incentive to further infiltrate and exploit the Black community. Meanwhile, synthetic nicotine offers a replacement for flavored cigars, should they be removed from the market. A proactive approach must be taken to avoid the mistakes of the past and to help alleviate the suffering for communities of color. An incremental approach that focuses simply on raising money untethered to these communities and those suffering harm will only further a legacy of placing the interests of corporations above the health and wellbeing of underserved people of color.