Made Whole: The Efficacy of Legal Redress for Black Women Who Have Suffered Injuries from Medical Bias 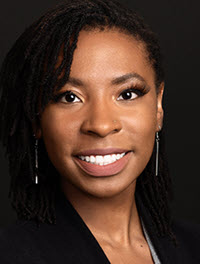 Kira Johnson died a preventable death when physicians at Cedars-Sinai Medical Center failed to adequately respond to hemorrhaging from what was supposed to be a routine cesarean section. After waiting twelve hours for imperative attention that could have saved her life, Kira's husband was callously told that she was just not a priority. Four hours later, the staff took her to surgery and found three and a half liters of blood in her abdomen. She bled to death. Before the procedure, Kira was in perfect health. She was fluent in five languages, had her pilot's license, and ran marathons. Despite her good health and accomplishments, a broken healthcare system killed her, depriving her husband and two children of her light for the rest of their lives. This tragic episode is not an anomaly for Black women.

As a Black woman, I find Kira's experience and the reality of inferior medical care for Black women especially disheartening. It frightens me to think that one of the happiest days of my life could also be the last due to rampant systematic prejudice, or that I could lose time to fight an illness that went undetected because of racial bias. Kira's experience could easily be mine or my loved ones' experience. Matriarchs in my own family have had unfortunate encounters with the U.S. healthcare system when their voices were not heard and they suffered as a result. I challenge you to find a Black family without such experiences. Regardless of education level, pedigree, or social status, all Black women are vulnerable to the pervasive racist cracks in the U.S. healthcare system. This is intolerable. Black women have contributed too much to this country for their preventable pain and deaths to simply not be considered a priority.

The United States is claimed to be one of the world's leaders in healthcare and medical innovation. Over the last decade, it has produced more than 50% of the world's new medicines and has spent more on healthcare than any other country. In spite of this innovation and investment, not all Americans reap the benefits of the healthcare system. Black women are more likely to have a negative experience than their white counterparts, even if they suffer the same injury. women who suffer injuries during medical procedures are more likely than white people to fall through the cracks of the legal system, ensuring that they are not “made whole.” Being made whole is the idea, inherent in U.S. jurisprudence, that Americans have a substantive right to have their injuries remedied. But even when Black women are harmed and seek justice, the legal remedies are frequently underwhelming and inaccessible. In a country with a legal system that endeavors to make injured parties whole, reproductive and medical justice for Black women remains broken. Instead, they face inadequate protections and limited redress.

Racial disparities are endemic in the U.S. healthcare system. Black women are three to four times more likely to die from childbirth complications. They also die from breast cancer at a rate that is 40% higher than white women, despite both demographics being diagnosed with cancer at a similar rate. This disparity even extends to pain treatment, as Black patients in general are less likely to receive pain medication, and if given medication, receive less than non-Black patients.

These disparities in medical treatment stem from racism that is deeply rooted and longstanding in the United States. The general belief, engrained in society and within the medical establishment, that Black people do not feel as much pain as their white counterparts is a remnant of that racism.

The racial disparity also has a gendered component. In the past, society firmly believed women were weaker than men. But this characterization of women manifests differently depending on the race of the woman in question. For Black women, any gender-attributed vulnerability is cancelled out by the overpowering construct of Blackness. The way that society has construed Blackness is so all-encompassing that there is no room for any other identity; no room for vulnerability; no room for feeling pain.

This unforgiving construction of Blackness explains why Black women are particularly vulnerable in the U.S. healthcare system and face unique problems that come with the intersectionality of being both Black and a woman. Theories of the physiology of Black women's supposed abnormal ability to endure pain in childbirth can be traced back several centuries to the writings of European historians and travelers who visited Africa. These racist theories underpin the unacceptable rate of Black maternal mortality in the United States. As a paradigm of how racism has gone unchecked in the U.S. healthcare system, the United States' mismanagement of Black maternal mortality is a recurring example throughout this Article; however, it is not the only manifestation of injury to Black women caused by prejudicial healthcare that requires attention. Black women also disproportionately lose limbs, undergo unnecessary surgery, get misdiagnosed, and go untreated without appropriate recourse.

Accordingly, this Article seeks to address that reality and is divided into six main parts. Part I traces the racist history of medical bias in the United States. Part II explains the array of harms to Black women that result from pervasive bias in the U.S. healthcare system and require remedy. Part III discusses the obstacles that hinder Black women's access to resources that would help them successfully utilize legal recourses and obtain redress. Part IV sets forth the types of remedies available to Black women in the event that they suffer injury. Part V analyzes the efficacy of available legal recourses, such as medical malpractice cases and lawsuits arising from Title VI, and their ability to provide redress. Part VI proposes initiatives that would make it easier for Black women to present successful cases and thus, have better chances at being made whole. Through a critical understanding of medical racism's historical roots, the harms it causes, and the efficacy of recourses available to Black women for redress, we can evaluate what should be done to enhance their opportunities to access effective remedies.

Black people have often been thought not to feel pain in the same way as people of other races. They face many challenges in accessing healthcare, pharmacies, and appropriate pain relief. While many sources explore why it is hard for Black people to obtain adequate health care, this article examines the efficacy of options for recourse once they have suffered an injury after receiving care and evaluates to what extent those options provide redress to make the patient whole. This article has particularly focused on the Black woman as she faces unique challenges in navigating healthcare and enduring emotional and psychological, generational, physical, and economic harms.

Because Black women are so much more likely than their counterparts to die due to medical issues such as childbirth complications or breast cancer, there should be more of a legislative focus on creating safeguards for this vulnerable population. What happened to Kira Johnson is a familiar story to many minorities, but it especially resonates with Black women and those who love them. In a country where so many vulnerable populations distrust the legal system and do not know what legal tools they have at their disposal, it is important to take a critical eye to viable options and build on what we have in order to create a more equal and productive society.