Recreational Marijuana Legalization in New Jersey: The Formula for a Bill That Accounts for Racial Injustice 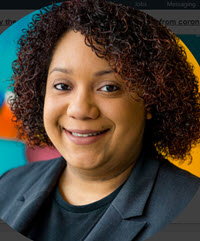 The War on Drugs has facilitated the marginalization of Blacks and Latinxs at startling rates. One of the consequences of the implementation of the tough on drugs approach is mass incarceration in the United States. Mass incarceration impacts these communities at disproportionate rates and many critics of the War on Drugs argue that the agenda was purposely designed to have this effect. There are multiple aspects of the criminal justice system that contribute to mass incarceration. Being “in the system” is the larger outcome of smaller facets of the justice system. The focus here is on the disproportionate representation of minorities within the criminal justice system, but it is essential gain an overview of the issue as a whole before focusing in on one aspect. I view the journey to the criminalization of minority drug offenders as a five-step process: legislation, policing, arrest/conviction, sentencing, and reentry. Each of these steps has an undeniable influence in the ultimate outcome of those who encounter the system.

First and foremost it is imperative to acknowledge that legislation is the beginning of the journey and the focus of this note. Without laws in place there would be no crime to commit. Is this to say that absolutely no drug laws should be enacted? Not by any means, but it does question the purpose drug laws aim to serve, who benefits, and the evaluation of the utility of these laws in achieving their stated purpose. After laws are enacted, the next stop on the journey is police. Police discretion, search tactics, and racial profiling play a significant role in the apprehension of many minority offenders.

Once arrested, the third step, the journey continues for the defendant. Their court appointed public defenders, as most minority drug offenders must use, then help them decide whether they should take a plea bargain or not. Should the accused choose to take a plea bargain, they are essentially forfeiting their right to a trial, admitting guilt to a crime, and taking what they believe (or are led to believe) is their “best possible outcome”. Assuming a deal is reached or a trial results in conviction, sentencing is the fourth stage of the journey and can range from community service to prison time.

After completing a sentence, the offender must re-enter society. As it stands now, ex-convicts can be denied housing, government aid such as student loans, food stamps, and welfare, the right to vote, and also have limited employment prospects. Essentially these individuals are thrown back into a society in which they are ostracized from the opportunities that could improve their quality of life. Each of these five phases together creates the process of branding drug offenders.

Acknowledging that each portion of the whole plays a part, for the purposes of this note the focus is on legislation and its effect on the minority experience within the criminal justice system, specifically related to marijuana-related offenses. This note recommends the enactment of legislation that would release incarcerated non-violent marijuana drug offenders in New Jersey after the legalization of recreational cannabis comes to fruition. Further it recommends the automatic expungement of prior conviction records for non-violent marijuana drug offenders as well, focusing on the effect it would have on the Black and Latinx communities. Lastly, it proposes a proportion of revenue from legalized marijuana profits be reinvested in minority communities and licenses allocated to minority entrepreneurs.

Part I discusses the history of the epidemic of mass incarceration and highlights the disproportionate impact of incarceration rates on Black and Latinx communities after the War on Drugs began. This section also discusses the overrepresentation of prisoners that are sentenced for non-violent minor drug offenses. The bulk of the note encompasses

Parts II and III. Part II provides an overview of the pending legislation in New Jersey, discussing the support and opposition it has received from the parties and the trajectory it needs to undergo to become law. In addition, I will analyze the successes and obstacles of other states that have already passed such legislation legalizing marijuana.

Part III outlines the recommended provisions if the recreational law passes in three distinct parts: the expungement of prior marijuana offenses, the resentencing and release of non-violent offenders, and the inclusion of minorities in the legal marijuana market including the reinvestment of profit into minority communities. Each provision will enhance the lives of prior offenders and minority communities a whole.

Lastly, Part IV concludes emphasizing the overrepresentation of minorities under criminal regulation for non-violent drug offenses, as well as the opportunities for growth that recreational marijuana presents to these communities if passed, such as entrepreneurship, revenue, and jobs.

“Our nation's massive use of harsh punishment has brought increased awareness that imprisonment at such extreme levels is a flawed policy, with its steep cost, collateral damages, and high rates of recidivism, all now seen as signs of this policy's shortcomings and unwanted consequences.” Mass incarceration is a serious concern in the United States, but it is one that affects minorities significantly more. Today's jail and prison population would decrease by approximately 50% if African Americans and Latinos were incarcerated at the same rates as Whites. The War on Drugs was a politic ploy used to incarcerate minorities at astronomical rates and has been coined the New Jim Crow. “It has been suggested that the 'War on Drugs' policy is a present-day Black Code that results in African-American males being targeted and sentenced to prison for extended periods of time.” It is well documented that one in 15 Black men are incarcerated, compared to one in 36 of Latino men and one in 106 of White men. African Americans and Latinos are significantly overrepresented in our jail and prison populations for minor drug offenses at numbers that do not reflect their percentage of the general population, nor their actual rate of drug use compared to Whites. Selective enforcement of marijuana laws would have ended a long time ago if White users were imprisoned for drug offenses at comparable rates to minorities. A number of states are beginning the process of drug law reform and reducing the use of mandatory sentences for nonviolent drug charges.

As it currently stands marijuana is still a Schedule I drug, which is a substance that is denoted as having a high potential for abuse and no valid medical use. Regardless of this classification at least twenty-nine states presently allow medical marijuana and eleven states have legalized marijuana for recreational use. New Jersey has its own agenda for the legalization of marijuana in the works. The state legislators have been in negotiations with Governor Murphy in order to pass an agreeable bill for all parties.

After examining the range of methods that other states have endorsed to legalize marijuana, I determined that New Jersey could implement a lot of similar provisions but could improve overall their focus on social justice reform concerning drug laws. This note aimed to recommend three provisions for the pending New Jersey legalization bill that were geared specifically towards addressing the consequences suffered by minority communities. The bill must include cost-free automatic expungements of minor marijuana related offenses, it must call for the resentencing of offenders who are eligible for lesser punishment, and it must allot a percentage of marijuana taxation profits to be reinvested into minority communities.

The obstacles placed in front of ex-offenders to get their records expunged are substantial and often deter them from seeking expungement. New Jersey would implement methods used in states such as Oregon, which have used tax revenue from recreational marijuana sales to subsidize the cost of expungements. Further, the opportunity for resentencing is also an important aspect of the bill. There are offenders that are still under governmental supervision for actions that will no longer be a crime once the recreational legislation passes or at the very least for crimes that now have lesser punishments. These individuals should be afforded the opportunity to have a resentencing hearing in order for them to benefit from the newly legalized recreational marijuana laws. Lastly, it is imperative that some of the recreational marijuana revenue be reinvested into the communities that the drug war damaged, predominately Black and Latino neighborhoods. This may be done in the form of supporting organizations that provide services to these residents. Additionally, a certain percentage of licenses given to entrepreneurs to begin their business for recreational marijuana sales should be allocated for minority applicants. This will ensure that minorities are able to enter a market that is predominately White.

All three of these provisions will benefit Black and Latino communities because it will open job opportunities, restore civic rights such as voting, qualify ex-offenders for governmental assistance, and supply opportunity for entrepreneurship into a business that has great return value. New Jersey has already made clear that social justice is a strong motivator for the current legislation to legalize marijuana for recreational use. My proposal is an attempt to outline the ways in which they can prove that this is a priority behind the upcoming bill. Some of these themes will be present in the language of the bill, but ideally New Jersey will surpass other states in their efforts to provide meaningful solutions and reparations to the years of disenfranchisement and inequality suffered by Blacks and Latinos due to the criminalization of marijuana.