The Trans-atlantic Slave Trade: A Legacy Establishing a Case for International Reparations 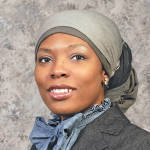 In the realm of international jurisprudence, the Trans-Atlantic Slave Trade--a crime against humanity --has been one of the most disregarded atrocities. Millions of Africans were enslaved, tortured, kidnapped, and murdered, both in the name of God and in the name of greed. This gruesome legal enterprise calls for international justice, as the perpetrators of these unanswered international criminal offenses have ignored the fettered cries that echo in the bleak darkness of injustice.

Part II analyzes the legal concept of reparations in modern history. A few pivotal movements resulting in restitution for historical injustices are: the Civil War era and declared awards of reparations to newly freed slaves, both those who fought in battle alongside white soldiers in the Civil War, and those who were in forced bondage on the plantations of their captors; Native Americans for loss of land and deprivation of civil liberties; the Jews of the Holocaust and its survivors; Japanese Americans who survived the internment camps in America; and the Waikato people of New Zealand. Each of these movements began with human suffering and ended with individuals seeking restitution through civil suits, resulting in a heightened momentum which garnered local, national and, in some instances, international attention. As a result, some national governments began to officially acknowledge aspects of their undisputed history and create funds to provide restitution for these historic wrongs. These historic instances of restitution provide ample legal precedent supporting the idea that survivors of crimes against humanity and their descendants can petition their respective governments as well as the international community for redress.

Part II then addresses the difficulty of attaching a monetary value to human life and human suffering. Many people believe that financial compensation can never be sufficient restitution for inhumane treatment and long-term injustices. However, restitution does provide some level of relief to those segments of the population who have been affected by these historical atrocities. Restitution, whether financial, social, or related to infrastructure, can foment a societal discourse of inclusiveness and fairness.

*151 Part II finally provides a brief analysis of discrimination against minorities in the countries that were the primary proponents and beneficiaries of the Trans-Atlantic Slave Trade. This includes discrimination in education, employment, housing and the criminal justice system. This section supports the proposition that the Trans-Atlantic Slave Trade and its legacy profoundly impacted survivors and their progeny in nearly every facet of life.

Part III considers the valid legal theories available to potential claimants who seek redress for the offenses of the Trans-Atlantic Slave trade, as well as the legal obstacles they might face in these cases. This section discusses the notion of an International Tribunal to adjudicate the crimes against humanity-- de jure slavery and racial discrimination--stemming from the Trans-Atlantic Slave trade. The section concludes that the proposed Tribunal is the best integrated forum for these legal issues. This is because the Trans-Atlantic Slave Trade was an intricate enterprise which involved several countries, and current civil legal systems, including the American federal courts, are insufficient to adjudicate such claims, which include issues of the jurisdiction of nation-states. This section also notes that potential litigants for restitution must overcome universal legal principles such as retroactivity and statutes of limitations in order to file viable claims. Part III also presents legal strategies that prospective claimants may use in the proposed tribunal to achieve a favorable outcome. Lastly, this section discusses arguments that individuals and governments might present to oppose reparations for the Trans-Atlantic Slave trade.

Part IV explores additional legal considerations, such as attaining jurisdiction of those nation-states that committed these crimes against humanity. This section also analyzes the difficulty of establishing the identities of the recipients of damages, the identities of those who have a legal duty to compensate the victims' descendants, and the difficulty of ascertaining an objective standard for an impartial international criminal tribunal. Part V ultimately concludes that, despite the obstacles that remain, the Trans-Atlantic Slave trade, slavery and the legacy of racial discrimination warrant restitution, and the international community has the ability to evolve and provide redress for these historical injustices.

International law does not traditionally promote a simple legal resolution for crimes against humanity. No monetary amount can return freedom usurped, revive lives lost, assemble cultures dismantled, restore family traditions broken, nor ease the pain of torture endured as a consequence of the international community's participation in the Trans-Atlantic Slave Trade.

As with any tragedy in human existence, the acknowledgement of any wrong, whether considered lawful under international norms or municipal law at the time committed or not, is the basis for transforming traditional legal custom to prevent the commission of future similar acts. However, it has gradually acknowledged victims' right to effective remedies.

However, just as the international community has addressed other human rights violations committed in the past, it has the ability to make substantial restitution that will socially, economically, politically, and culturally repair some of the damage produced by the slave trade and its vestiges. Nation-states that participated in the Trans-Atlantic Slave Trade are obligated to do so, not solely based on current standards of international custom, but also on the universal recognition of every human being's rights to live, to assemble, and to attain education, employment, shelter, and respect. The international community has the capacity to contribute to the evolution of legal precedent regarding human rights violations. All that is needed is for one nation-state to take that courageous step to make amends.