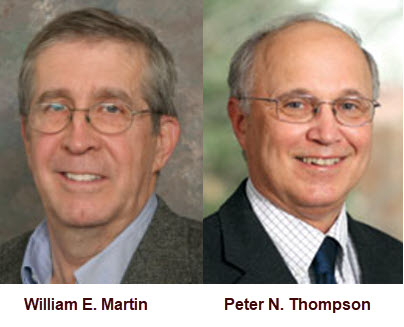 "I think in part, this state has a false image of itself ... that we [are] different from the rest of the U.S., and we're not. We're as racist as the red hills of Alabama." Chief Judge Kevin Burke, Hennepin County District Court.

More surprising than their conclusion that racial bias permeates Minnesota's justice system was the fact that the authors of the report included many of the judges who had been presiding over this unfair system for so long. According to Rosalie E. Wahl, Associate Justice of the Minnesota Supreme Court and Chair of the Racial Bias Task Force: "The bottom line is that bias exists. It is our obligation to look at and, as necessary, reshape our own approaches as well as the framework and environment of the courts as an institution." The damning conclusions of the Task Force stand in stark contrast to the thousands of pages of appellate opinions in which the courts rarely, if ever, identify serious racial unfairness in the criminal justice system.

Looking in judicial opinions for evidence of racial bias is often like searching for sin at church. Certainly sin is common among the parishioners, but it is difficult to detect on Sunday morning. Prior to 1954, a review of federal appellate opinions also might have led one to believe that state- supported apartheid in the American public school system was benign, providing equal opportunity to African American school children in the United States. In that year the United States Supreme Court had the courage to admit that the Court and the nation had been blind to fundamental inequalities in educational opportunities. In Brown v. Board of Education, the United States Supreme Court reached the remarkable conclusion, known for years by every fifth grader in the South, that "separate educational facilities are inherently unequal" and do not provide equal protection of the laws.

Brown was subject, at first, to the criticism that the Supreme Court had engaged in judicial activism and social engineering, rather than in the application of the law. Certainly Brown and succeeding federal decisions desegregating schools were in the vanguard of the civil rights movement in the United States. In Brown, the United States Supreme Court took a bold step the political arm of the government was unwilling to take.

The Minnesota courts today, like the courts before 1954, often appear oblivious to, or tolerant of, substantial racial bias in the judicial process. Where the United States Supreme Court in Brown was ahead of the mainstream of societal opinion and legislative direction, the Minnesota Supreme Court may be behind. Today, few would argue with the notion that trials in Minnesota should be free of ethnic and racial bias. Nonetheless, the Minnesota Supreme Court, unlike the United States Supreme Court in Brown, often ignores or excuses racial bias in Minnesota trial courts. The Minnesota appellate courts have been unwilling to take a stand against racial bias and unequal treatment in the trial process. Rather, the court has attempted to deal with bias issues through extra-judicial comments in the press or bar journal articles, by mandating education for participants in the justice system or through the work of various task forces.

The Minnesota Supreme Court's most significant response to the grim conclusions of the Task Force on Racial Bias was to appoint another task force to implement the recommendations of the first task force. The legal opinions of the court, however, reflect business as usual. Incidents of racial bias in trials continue to be ignored or are treated as insignificant by the court.

Despite the fact that most of the recommendations in the 1993 Task Force have been implemented, racial bias in the Minnesota justice system appears to be getting worse and not better. Recent studies show that African Americans in Minnesota are arrested for violent crimes at a rate twenty-five times higher than the arrest rate for Whites, a disparity higher than any other state in the nation. Further, although Minnesota was ninety-one percent White as of 1998, forty-eight percent of state prisoners are persons of color. In Minneapolis, persons of color represent thirty-five percent of the population, but over fifty percent of the drivers stopped by the police. In St. Paul, nineteen percent of black motorists were frisked during a traffic stop, compared to eight percent of white motorists stopped.

The problem of racial bias in the Minnesota courts is perplexing because the Minnesota bench has not been occupied by evil jurists bent on perpetuating racism. In fact, Minnesota has been blessed with individual jurists of the highest integrity and competence. Further, there are cases in which the court has addressed difficult issues involving racial bias in uncompromising fashion, clearly and effectively denouncing invidious practices. For example, State v. Russell represents a bold decision attacking laws that have the effect of unfairly discriminating on the basis of race. The Court in Russell held that the statutes punishing possession of crack cocaine--a product used predominantly by Blacks--with sentences substantially greater than those for possession of cocaine powder-- predominantly used by Whites--violated the Equal Protection Clause of the Minnesota Constitution. The decision was controversial and creative, showing that the Minnesota Supreme Court is able to assume a leadership role in combating racial bias in the criminal justice system. Far too often since Russell, the appellate courts have ignored or permitted racially biased practices in the trial process and in the justice system as a whole. Tolerance for biased practices permits, even emboldens, zealous advocates to exploit these practices, believing that in doing so they will maximize their chances of winning.

Given the court's occasional bold decisions and its public, extra- judicial war on racism, the cases that accommodate racial bias in the courtroom are difficult to understand. Frequently, the court tolerates racial bias because it places a higher value on other principles, not because of indifference to bias issues. Oftentimes, persons of color charged with serious crimes, in attempts to have their convictions vacated, make claims of bias. In the name of law enforcement or victim protection, the appellate courts tolerate racial profiling and cultural stereotyping by police and prosecutors. Appellate courts affirm convictions obtained by testimony translated by unqualified interpreters in violation of numerous rules and statutes, because the Minnesota Supreme Court places a high value on judicial economy and law enforcement. The courts look the other way when persons of color are denied their rights to participate in the justice system as jurors, accommodating concerns about crime prevention, judicial economy and the adversary system.

Unless and until the justices of the Minnesota Supreme Court elevate their concern for racial equality in the courtroom above concerns for finality, judicial economy, and crime prevention, Minnesotans will continue to read in the papers about racial injustices in our court system, and persons of color in Minnesota will continue to feel the imposition of racism in the legal system. Judicial economy, crime prevention, and protection of the adversary system are important values. In the context of the history of racial injustice in the court system, however, they operate to perpetuate and encourage unequal treatment of persons of color. The baseline for our justice system must be that all people, including persons of color, resident aliens, new citizens, and those with difficulty speaking English, receive equal justice under the law.

As suggested above, this Article examines four specific areas where the Minnesota Supreme Court has chosen to elevate other values above the deterrence of racial or cultural bias in the justice system:

2) cases of racial and cultural stereotyping in the justice system, including

a) racial profiling in police stops, and

b) the use of cultural evidence in criminal trials;

3) cases in which the court uses the harmless error doctrine to avoid overturning convictions tainted by racial bias; and

4) cases in which obvious pretexts are used to permit the exclusion of African American jurors.

In each of these areas, the court should take the simple step taken in Brown fifty years ago: The Minnesota Supreme Court should stop tolerating racial bias for any reason

The reasons that racism and cultural bias survive in our justice system are complex and to some extent beyond the court's control. In our adversary system, however, zealous advocates will use methods of persuasion that are effective if permitted by the courts. Racism and cultural stereotyping are extremely powerful forces in society and in the courtroom. Whether in the name of crime prevention, judicial economy or another seemingly benign justification, judicial toleration of racism and cultural stereotyping encourages more of the same. Real progress in combating racism and related cultural biases will only be achieved if the courts are willing to elevate the values espoused by the Racial Bias Task Force above competing values. The courthouse should be a place above other places, a setting where minority citizens can expect strict opposition to racism and cultural bias. Sadly, the effects of racism in the courts go beyond the individual cases where racism is encountered. The court should uncompromisingly fight racism and cultural prejudice, employing strict deterrent rules in every area of law where these evils arise.

The failure of the court to enforce laws requiring competent translators in cases involving Asians and Hispanics continues to work an extreme unfairness against those persons. The court's unwillingness to grapple with the problem of racial profiling and police stops has serious repercussions beyond the courtroom. By tolerating expert testimony about cultural stereotypes in cases involving Hmong defendants, the court is allowing evidence of supposed group characteristics to prejudice jurors. Specifically, the court's unwillingness eradicate this problem is apparent in cases involving individuals charged with specific criminal acts. Persons of color are still systematically excluded from juries, perpetuating the distrust that minorities feel towards the justice system.

Brown v. Board of Education provides a model for analyzing judicial approaches to racial and cultural bias; including the actions of the Minnesota Supreme Court with regard to racism in the Minnesota justice system. In Brown I the United States Supreme Court took its essential, principled stand against segregated schools. The Minnesota Supreme Court has essentially taken this step by denouncing racism in the justice system in its public statements, through the Racial Bias Task Force and in its administrative role. In Brown II, however, with its "all deliberate speed" holding, the United States Supreme Court showed what can happen when compromises are permitted to water down remedies designed to fight racial discrimination. For over twenty years after Brown I, little progress was made in desegregating schools. Real progress was made only when uncompromising, deterrent remedies were adopted. Contrary to the public message expressed by the Minnesota Supreme Court and the Racial Bias Task Force, racism and cultural bias continue to exist as the Minnesota justice system settles into the new millennium. We believe they will continue to exist until uncompromising, deterrent remedies are adopted by the court.

Strict judicial approaches to racial and cultural bias are needed, especially now, when the forms of official discrimination and bias may be less obvious than in years past. The Fourteenth Amendment's legal tests have been formulated in terms of intentional racial bias and exclude or minimize evidence of impact as acceptable proofs of official bias. Hence, unconscious racism may create problems of judicial analysis more difficult than those presented by more blatant forms of discrimination. When every pretextual police stop is regarded as nondiscriminatory, or when invented reasons for peremptory challenges of black jurors are accepted, these practices become effectively insulated from corrective action. In essence, the law refuses to see bias where those in the community, and the minorities within that community, see it quite clearly. Unless the Minnesota Supreme Court acts boldly, within its judicial authority, the practices we have discussed here will remain a cancer in the justice system.