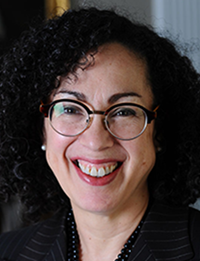 Latinas/os are a force to be reckoned with, and we now require our own room in the “Master's House.” Yet, we must not forget it is the “Master's House,” and we are constrained by the basic home rule that is White supremacy. Latinas/os are not exempt from the oppression of White supremacy, yet, as a group or individually, we often are seduced into thinking we are White. Latinas/os must be vigilant to avoid the seduction of Whiteness. And we, Latinas/os, more than other groups of color, are vulnerable to the seduction of whiteness. We carry the desire for Whiteness, inscribed on our souls, from Latin America and transported across the border or from our neighborhoods where our parents and generations before have lived. Latinos/as, more than others, are seduced by Whiteness because we are not called Black, we are not even identified as a raceùat least not officially. We are seduced by whiteness because we do not see that the foundation of the Master's House, the Black-White paradigm, includes the racialization of our language, our culture, our history. We must see ù Tenemos que ver.

In 1944, Gunnar Myrdal described the “American Dilemma:” the ideal of all persons being created equal and the “basic characteristic of race prejudiceùa hierarchicalized sense of group position.” This contradiction continues today. Latinas/os occupy a position within the entrenched racial hierarchy that Myrdal described, and this is an issue that must be addressed by scholars developing LatCrit Theory. This hierarchical order applies to all groups perceived in racial terms, including Latinas/os, and reflects more than a simple Black-White divide. Racial hierarchy today incorporates what Neil Gotanda has described as “racial stratification,” which accepts the model of a “hierarchical structure between minorities,” instead of a model that “emphasizes the subordinate position of all racial and ethnic minorities.” The Latina/o community has reached a critical mass in the U.S., and we can no longer afford to be silent regarding race-related issues. Latinas/os have been on the sidelines in the racial discourse within the U. S. for numerous reasons, stemming both from within the community and from external influences. However, Latinas/os must not only directly address how race has defined our group in U.S. socio-political discourse, but also become active participants in disassembling racial hierarchy in all its forms throughout the United States.

The racial hierarchy in the United States is part of the system of White supremacy that organizes racial discourse using a strict Black-White racial divide. White supremacy embodies a White-over-Non-White/Black construct or a racial hierarchy, which has been defined differently by various critical race scholars. However, it is commonly agreed that white supremacy creates and reinforces the existing economic, political and social structures, and convinces the dominated classes that the existing order is inevitable. We, as Latinas/os, must acknowledge and investigate the ways in which the dominant culture defines our group as a Non-White, White or non-racial group that is outside of the race discourse, in order to suit its convenience, depending upon the interest that exists at a particular time.

Many Latinas/os experience their daily lives as Non-White people in terms of their race, color, national origin, language, culture, and/or citizenship status, which some have referred to as “foreignness”. I submit that while Latinas/os have in part chosen and partly have been forced to accept an indeterminate racial group identity, political unity may require Latinas/os to affirmatively adopt a Non-White group identity. At a minimum, it is critical that LatCrit scholars confront our community's ambivalence about its group racial identity.

The legal construction of Latinas/os as an indeterminate racial group is problematic. An indeterminate racial identity permits discrimination to remain unremedied under current antidiscrimination law, and permits the manipulation of the Latina/o image to exploit racial fears. Furthermore, Latina/o political organizations should acknowledge the constructed Non-White racial identity that has been imposed broadly on the group in socio-political discourse. Latinas/os united by a sophisticated understanding of this constructed Non-White identity can be a force for developing a broader view of racial group identityùone that better accounts for Latina/o experience. Latinas/os must also recognize that an indeterminate racial identity does not reflect the lived experience of many, if not most of us within the United States. LatCrit theory must assess the multidimensionality of the Latino/a identity to understand how White supremacy impacts the Latina/o community, and the ways in which Latinas/os may reinforce White supremacy. In so doing, LatCrit theory can help develop a new foundation for building coalitions with other communities of color.

Self-identification for many Latinas/os includes experiences not recognized within the dominant Black-White paradigm for racial discourse in the United States. For example, some Latinas/os possess a racial identity intertwined with their cultural identity. Some segments of the Latina/o community already understand their racial position within the U.S. Black-White paradigm, despite their multidimensionality in terms of color, race, language, culture, national origin, citizenship status and other factors. Those who perceive their racial identity as intertwined with their cultural identity, may recognize a broader concept of racial identity than the seemingly narrow racial categories in the United States under the Black-White paradigm. A broader, more contextualized understanding of racial identity may lead to more inclusive racial discrimination remedies and a broad-based effort to combat subordination in U.S. society.

An affirmative Non-White Latina/o racial identity may bring about equality under the law for Latinas/os. If we accept that Latinas/os largely are perceived as a Non-White racial group in this country, we must also push for a definition of “race” that includes color, race, language, culture, national origin, citizenship status and other factors that reflect the Latina/o experience. A broader conception of racial identity ù one that includes the critical aspects of Latina/o identity ù is a step toward recognizing the histories of all communities of color in the United States and their interrelatedness. A Non-White identity for Latinas/os need not ignore the tremendous diversity of our peoples.

I further argue that critical race theory should include a Latina/o perspective of racial identity. Much of critical race theory has focused on the racial oppression of the Black community as it is constructed within the Black-White paradigm. And, LatCrit Theory has focused on the limitations of the Black-White paradigm to address Latina/o concerns. However, LatCrit scholars must do more than merely reject the Black-White paradigm and point out the ways in which critical elements of the Latina/o experience are rendered invisible within it. A functional definition of race, one that recognizes the powerful mediating place race occupies in the lives of all who live in the United States, particularly the lives of people of color, can transform the traditional understanding of equal protection under law. A functional definition of race would recognize that the Latina/o community, as a whole, is perceived in racial terms by the White majority, and would include a Latina/o experience of racial identity. In order to include the Latina/o experience of racial identification in the United States, Latinas/os must investigate the position of the Latina/o group within the Black-White paradigm and the racial hierarchy constructed thereon, as well as investigate the manipulation of our group's racial identity. This effort and a unified front of communities of color and allied groups can result in a transformation of equal protection jurisprudence and anti-discrimination law.

A unified fight to dismantle racial hierarchy will not require Latinas/os to “give up” anything. Perhaps in recognizing the various racisms that continue to develop in U.S. society, communities of color can find an equal meeting ground from which to coordinate the struggle against White supremacy. Such a cooperative endeavor would require that all communities of color recognize that racism affects different communities of color in different ways, and that Latina/o concerns such as bilingual education, the limits of assimilation, and immigration reforms are part of this struggle.

Part II examines how Latinas/os have been constructed as an indeterminate racial group by the hegemony of the Black-White paradigm for racial discourse in the United States, the legal system through judicial opinions and legislation, and how Latinas/os have been racialized as Non-White historically and today. I also address how the indeterminacy of the Latina/o racial identity reinforces racial hierarchy because of the manipulation of the Latina/o image. Part III explains how the process of Latina/o racial identification may vary from the process of racial identification assumed by the Black-White paradigm in the United States, but may nonetheless reinforce White supremacy. This section also assesses how LatCrit scholarship reflects the Latina/o indeterminate group racial identity. Part IV identifies the impact of the Latina/o indeterminate racial status on developing new approaches to antidiscrimination law and the legal remedies available to Latinas/os, the reinforcement of White supremacy, and the obstacles it creates to coalition building with other communities of color.

The fact is that “race matters,” and continues to matter in the United States. Non-White people are identified in terms of racial group identity, and defined by the majority in many instances by the ascribed racial group identity, despite the wishful thinking expressed by Justice Scalia in Adarand Constructors, Inc. v. Pena that “... we are just one race here. It is American.” The racial hierarchy of White supremacy continues to exist in the United States and it affects us all. Examining the Latina/o position within this racial hierarchy is crucial to a complete understanding of how the racial hierarchy is structured, and how Latinas/os may themselves support this system, both individually and as a group. In part, the Latina/o position depends upon both internal and external racial identification factors, as well as the legal construction of the Latina/o group.

In terms of our own group identity, Latinas/os have come to a crossroads. We must choose the road that leads to self-recognition, self-determination and coalition building with other communities of color. We must shed our invisibility in race relations discourse by openly acknowledging and strongly asserting the group's socially constructed Non-White racial identity. Doing so will create a more contextualized understanding of racial identity in this country that includes language, culture, national origin, immigration status and other aspects of Latina/o multidimensionality.

Professor of Law, Brandeis School of Law of the University of Louisville; J.D., Stanford Law School (1986).