Health Injustice and Justice in Health: The Role of Law and Public Policy in Generating, Perpetuating, and Responding to Racial and Ethnic Health Disparities Before and after the Affordable Care Act

Excerpted From: Daryll C. Dykes, Health Injustice and Justice in Health: The Role of Law and Public Policy in Generating, Perpetuating, and Responding to Racial and Ethnic Health Disparities Before and after the Affordable Care Act, 41 William Mitchell Law Review 1129 (2015) (522 Footnotes) (Full Document) 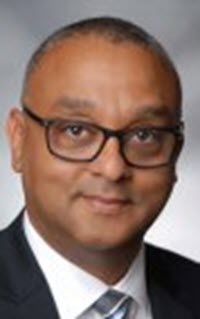 The past century witnessed unprecedented advances in health and health care. For example, the average American life expectancy at birth increased from 47.3 years in 1900 to a record high of 78.7 years in 2010. Beyond increased length of life, significant gains in health and quality of life have resulted from our improved ability to prevent or alleviate pain, disfigurement, and disability. These gains are credited to the rapid accumulation of biomedical knowledge, technological advances in the diagnosis and treatment of diseases, and public health measures such as improvements in immunization programs, infectious disease control, workplace safety, motor-vehicle safety, food safety, maternal and baby health, and tobacco control. However, significant health disparities exist for certain subsets of the American population, including “ethnic minorities, women, children, the elderly, the handicapped, the poor, prisoners, lesbians, gays, and the transgender population.” For instance, the life expectancy of black Americans is 3.8 years lower than that of white Americans, the life expectancy for American Indians is 4.2 years less than that for the U.S. general population, and thirty percent of U.S. counties witnessed declining life expectancy of women in the past decade while that of men has increased. Furthermore, when compared to whites, many minority groups have poorer health outcomes and higher incidence of diseases, such as cardiovascular disease, hypertension, HIV/AIDS, diabetes, and infant mortality. Even proven quality-of-life-restoring orthopedic procedures such as total knee replacement and total hip replacement are provided less frequently to black patients than to white patients, despite similar degrees of radiographic arthritis, pain, and disability. Beyond the severe human toll of these inequities, racial and ethnic health disparities also have a profound economic toll on the United States. Between 2003 and 2006, thirty percent (or $229.4 billion) of direct medical care expenditures for African Americans, Asians, and Hispanics were excess costs due to health inequities. Over this three-year period, eliminating minority health inequities “would have reduced indirect costs associated with illness and premature death by more than one trillion dollars.” Annualized, the direct and indirect costs of health inequities in the United States exact a $309.3 billion burden on the economy.

Health disparities are rooted in a complex system of past and present social, cultural, economic, political, medical, and legal issues that, either individually or collectively, result in poorer health or health outcomes for some Americans. This Article explores the relationships between racial and ethnic health disparities and American legislation, regulation, and litigation.

Finally, this Article examines how the law currently confronts health disparities and how legal approaches will impact health disparities in the future, particularly in light of recent health reform measures, including the Affordable Care Act of 2010 (ACA).

For as long as health status and outcomes have been recorded and studied in America, many racial and ethnic minorities have suffered poorer health, inferior access to quality health care, and shorter life expectancies, even when factors such as insurance status and income are controlled. Such health disparities have lingered despite decades of attention, discourse, study, activism, regulation, legislation, and litigation. While health disparities largely result from past and present social, cultural, economic, political, and medical issues, all facets of law--international covenants; federal and state constitutions; federal, state, and local statutes; agency regulations; executive orders; and judicial rulings--have helped shape health injustice as it exists today. More importantly, the law will remain both a formidable hurdle and an indispensable resource in our national drive toward true justice in health: health equity for all Americans. Although substantial challenges remain, passage of the Patient Protection and Affordable Care Act of 2010 is a monumental and unprecedented leap toward the goal.