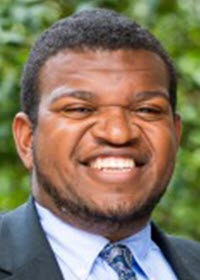 Since the tragic shooting at Columbine High School in Colorado in 1999, federal, local, and state policymakers have engaged in numerous debates on how to prevent mass shootings and ensure school safety for K-12 learners. In the absence of movement on any meaningful gun control legislation, many policymakers turned to the idea of increasing policing, security, and surveillance budgets to address the issue of mass violence in schools. The result has been catastrophic for young people across the United States; based on the most recently available federal data, black children represented 15% of the nation's public school enrollment and accounted for 31% of referrals to law enforcement across the country--a 16% disparity. Children are frequently arrested and surveilled for routine, age-appropriate behavior and unnecessarily placed into contact with the criminal legal system before they even begin high school.

Tens of thousands of police officers patrol schools throughout the country, school districts dedicate millions of dollars to extra security services, and external companies bid for the opportunity to get their technology in the hands of state and local education agencies--to conduct facial recognition, social media monitoring, and other forms of surveillance of kids. This “hardening” of schools occurs as many of them face a crumbling physical infrastructure, inadequate investments in health care and mental health professionals, and high attrition rates for black teachers--who are often greatly impactful in instructing black students.

With the introduction of the coronavirus pandemic onto the global stage, the lopsided spending on these hardening measures has come into full focus-- especially in majority black and brown communities. With brick and mortar school buildings closed for the remainder of the 2019-2020 school year, state legislatures, state agencies, and school districts have had to contend with difficult questions:

Where can budget cuts be justified? How can essential public services be efficiently delivered in the 2020-2021 academic year and beyond?

In this moment, these agencies have a unique opportunity to divest from these policing and security measures in favor of resources that could truly create holistic learning environments--such as nurses, school counselors, and trauma-informed resources for staff members and young people. Moreover, such a shift in spending could stand to reinforce the idea that young people have civil rights and liberties while in school, as contemplated in the seminal U.S. Supreme Court decision of Tinker v. Des Moines Independent Community School District. Although that case dealt with a silent high school protest of the Vietnam War, it stood for a fundamental principle that young people do not shed their constitutional rights simply by crossing the threshold of a school door. Subsequent interpretations of the decision have ceded much deference to the security concerns of a school, but this point in the 21st century could be a pivotal moment for local districts to restore the teeth and spirit of the opinion.

Generally, the road to recovery after COVID-19 will not be easy; that is especially true for efforts to secure education justice. Civil liberties and rights for students have been slowly eroding for decades, given the overreliance on policing to address virtually all school-related issues. However, a new standard can emerge from this moment. Toward the end of spring 2020, after the tragic murder of George Floyd, Minneapolis Public Schools and Portland Public Schools took historic steps to end their longstanding school policing contracts. A significant change in spending priorities, accompanied with a philosophical shift, will have to deliver this form of justice--one that has long been denied to so many children in America. These recent actions prove that it is possible.

Indeed, it will be difficult, but the result will be long overdue and worth it.

ANDREW R. HAIRSTON is a project director at Texas Appleseed, a public interest justice center based in Austin.