Race, Risk, and Personal Responsibility in the Response to COVID 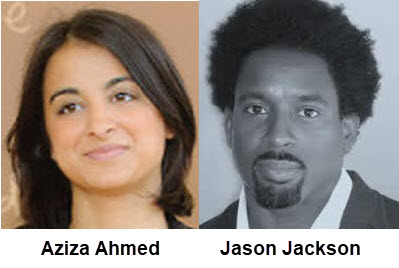 As SARS-CoV-2 began to spread through the American population, a seemingly simple piece of public health advice took center stage: Wash your hands for twenty seconds. Public health officials offered a tip for counting out twenty seconds: Sing the “Happy Birthday” song twice. Yet what might have seemed like an easy individual behavior change exercise to many in fact constituted a significant structural burden for some. This included the predominantly Black community in Flint, Michigan that was still struggling to get access to clean water years after a contamination crisis. The crisis stemmed from the decision to switch Flint's drinking water supply from Detroit's safe water system to the polluted Flint River. This drastic cost-cutting measure reflected a tragic combination of neoliberal municipal governance and criminal negligence by the former Governor of Michigan and other city and state officials. For this community, the options were: wash your hands frequently and increase exposure to contaminants, or minimize handwashing to save the costs of bottled water and increase risk of exposure to SARS-CoV-2. As the case of Flint suggests, people's abilities to alter their individual behaviors to mitigate public health risk are directly shaped by the structural conditions under which they live, and in the case of Flint residents, by the conditions that generated a systemic crisis around access to clean water.

The water crisis in Flint, Michigan is a stark example of how the focus on individual behavior change ignores deep-seated structural inequalities that place disproportionate burdens on lower-income populations of color in the context of a public health crisis. As such, the individual-behavior approach misdirects policy attention and misallocates scarce resources in the midst of a pandemic. This approach has been critiqued by scholars and practitioners who argue that health outcomes are not only products of individual-level factors, whether behavioral or genetic, but rather are shaped by social risks and conditions that individuals, households, and communities face at home, school, and work. This insight can be dated back to the early twentieth-century work of W.E.B. DuBois, who identified the relationship between poverty, racism, and health inequities, arguing that “[t]he Negro death rate and sickness are largely matters of [social and economic] condition[s] and not due to racial traits and tendencies.”

These social and economic conditions are referred to as “social determinants of health.” They encompass a range of social and environmental factors that shape inequitable health outcomes, including income and social protection, employment, housing and physical insecurity, discrimination and social exclusion, and access to health services. Structural causes of health inequities, however, are not only socioeconomic and environmental. The legal system has also contributed to the production of the background conditions that lead to extreme health disparities and lay the foundation for poor health outcomes among vulnerable populations, particularly racial minorities. Legal rules shape access to decent housing and clean water as well as employment relations and working conditions, all of which have a direct relationship to people's exposure to the virus and their ability to combat it. Yet, rather than addressing these social determinants of health and the laws that underpin them, the COVID-19 response has exacerbated the problem. Structural causes of risk and vulnerability have been ignored while individual behavior changes such as handwashing, wearing masks, maintaining physical distance in public, and staying at home have been promoted as the solution to mitigating the risk of contracting SARS-CoV-2. Crucially, this individual-behavior approach to public health is not idiosyncratic--it is part of a broader shift toward neoliberal modes of public policy and societal governance. Yet the staggering death toll of the past thirteen months that has been concentrated amongst people of color has tragically shown that this individual-behavior approach cannot alleviate the deep health disparities caused by structural inequities across both race and socioeconomic class.

This Piece argues that the enormous impact of the pandemic on racial minorities is a symptom of a failing approach to public health, one that privileges individual behavior over structural conditions that generate unequal health outcomes. The story of racial minorities in the COVID-19 crisis, and the inability of minority communities to mitigate the risk of contracting SARS-CoV-2, signals the broader public health crises afoot. Black, Indigenous, and people of color (BIPOC) have borne the brunt of the failed public health response. BIPOC populations in the United States are dying at significantly higher rates and at younger ages than the white population. According to the COVID Racial Data Tracker, Black people have died at a forty-nine percent higher rate than white people, while Native American and Latinx death rates have been forty percent and twenty-three percent higher than that of the white population, respectively. The data on mortality rates by age group tells an even more shocking story of racial disparity: Between February and July 2020, Black mortality rates were 7.1 times higher than white mortality rates for persons aged 25 to 34 years, 9.0 times higher for persons aged 35 to 44 years, and 7.4 times higher for persons aged 45 to 54 years. Yet despite these clear racial disparities in deaths, the ideology of personal responsibility continues to animate the public health response to the COVID-19 pandemic, shifting the onus for mitigation of risk away from the social and legal determinants of health and onto the individual. This racialized impact of COVID-19 tells a tragic story about a fundamentally misguided approach to the pandemic response. The current response relies too heavily on changing individual behavior and has not taken into account the structural determinants of risk and vulnerability that are actually driving this pandemic.

The rest of this Piece is organized as follows: As background, Part I offers a brief genealogy of the neoliberal origins of the personal-responsibility approach and of how changing individual behaviors became central to responding to public health crises. Part II then describes a counterproject in which advocates and experts have begun to highlight the social determinants of health as a superior approach to understanding why lower-income people of color experience poor health outcomes. This latter perspective helps us understand why communities of color have been unable to mitigate the risk of contracting SARS-CoV-2. Finally, Part III shows how the experiences of the BIPOC community in the context of COVID-19 exemplify a tragic policy imbalance between individual-behavior and structural approaches to addressing public health amid the current pandemic.

In their well-known book, The Miner's Canary: Enlisting Race, Resisting Race, Transforming Democracy, Lani Guinier and Gerald Torres wrote of the phenomenon in which the difficulties experienced by racial minorities are indicators that “signal problems with the way we have structured power and privilege.” The barriers to care, high death rates, and exposure to risk that BIPOC face in the pandemic lay bare a world in which some people can survive because others will die. By minimizing the role of the social determinants of health in the pandemic's response and continuing a misguided focus on individual responsibility, the virus easily exploited preexisting inequalities and created new ones. This leaves these same communities at risk once again in the future.

Despite basic recognition of the importance of structural factors in health outcomes by public health institutions and the overwhelming data to demonstrate it, the response to COVID-19 mirrors the neoliberal approach of earlier public health crises: privileging the trope of personal responsibility, rational risk mitigation, and individual behavioral change over social determinants of health and structural drivers of risk as the centerpiece of the response.

The current data paint a dire picture. SARS-CoV-2 exposure mitigation is severely restricted by living and work conditions, and the risk of contracting the disease and developing life-threatening conditions is exacerbated by the presence of underlying health conditions that in turn are the result of structural conditions outside of an individual's control. The experience of racial minorities in the COVID-19 crisis continues to illustrate how our public health responses have been skewed toward the ideology of personal responsibility for mitigating risk in the context of pandemics. Instead, the analysis in this Piece argues for a reorientation away from personal responsibility and toward the social determinants of health and structural sources of risk that lie beyond individual control.