Rising to the Surface: Disasters and Racial Health Disparities in American History 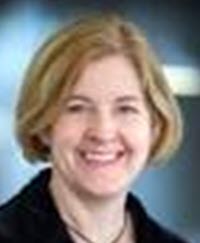 Disasters are fundamentally social and cultural phenomena. Often, the solutions to disaster preparedness [and] response do not just involve technology. Of course we need warning systems, and of course, it is great to know that a hurricane is coming two days ahead of time [so] we can get out of the way. But fundamentally, we have to look at our society and inequalities in our society, and cultural differences in order to address how to get human beings out of harm's way and to mitigate disasters. So before I begin, I would like to warn you about the history of disasters and health disparities in the United States. This history is not for the faint of heart. You are law students, so you have probably crossed that bridge already in torts classes and other classes. But this not for those who would rather avoid discussing the unseemly and uncomfortable aspects of our shared past as Americans.

And neither is it for those [who] believe that history should be told exclusively by survivors. In this particular corner of American history, the history of disasters, the anonymous dead have possessed the uncanny ability to rise to the surface and to help the living speak truth to power. The 1927 Mississippi flood, an archetypal example of health disparities in disaster, presents a case in point. Two months after the flood began, in June 1927, a correspondent for the Chicago Defender, which was the leading African American newspaper in the country, reported that the health officer in Greenville, Mississippi, had given typhoid inoculations “earlier in the week in his office to whites only.” Typhoid inoculations were [considered] a key protective measure against infections from this deadly water-born bacillus, this microbe that tends to flourish in standing pools of water that accompany floods and hurricanes. But he had limited his vaccinations to whites. “Members of our race are still suffering from measles, mumps, and typhoid. 'They received very little treatment, and those who die are cut open, filled with sand, and then tossed into the Mississippi River,’ the correspondent wrote.” Now as this painful example illustrates, disaster-related disparities have long plagued the United States, even if the field of health disparities, named as such, is a relatively new area of inquiry and policy. In this talk, I will briefly outline the short history of health disparities as a field and discuss the connection between health disparities and disasters and then review several historical examples of health disparities in 20th century U.S. disasters and their lessons for current policy.

“Health disparities,” as an identified field of federally-sponsored public health research, can be dated back only to January 1984. That is when President Ronald Reagan's Secretary of Human Services, Margaret Heckler, in her annual report card on the health status of Americans, called attention to what she later called “a continuing disparity in the burden of death and illness experienced by blacks and other minority Americans as compared with our nation's population as whole.” Inveighing against this disparity as “an affront to both our ideals and to the ongoing genius of American medicine,” Heckler went on to organize a task force at the National Institutes of Health on black and minority health. This task force in [its] 1985 report painstakingly documented the [nearly] 60,000 yearly excess deaths among black and other racial minority populations in comparison to white Americans. As Vanessa Northington Gamble and Deborah Stone have noted, this report catapulted minority health issues onto the nation's research and health policy agendas. The Department of Health and Human Services created an Office of Minority Health at HHS and NIH-the National Institutes of Health-an Office of Research [on] Minority Health. In 2010, 25 years later, this became the National Institute on Minority Health and Health Disparities. In the meantime, the federal government and most states identified the elimination of health disparities between whites and racial minorities, along with socioeconomic health disparities as key public health goals.

But it is important to note that long before Heckler's call to arms, researchers and health officials were documenting and striving to address racial gaps in health access and health outcomes. In his 1906 study, The Health and Physique of the Negro American, sociologist W.E.B. Du Bois used federal census reports and vital statistics, as well as life insurance data, to identify the disparities in health status between black and white Ameri-cans, even if he did not use the word “disparities.” Now unlike the white statistician Frederick Hoffman, who argued that these differences resulted from the inherent genetic inferiority of African Americans (this was a widely-held assumption), Du Bois implicated environmental causes. By environmental causes, I mean the lack of sanitation in segregated neighborhoods where black Americans were forced to live, along with the lack of educational and economic opportunity faced by African Americans, as the fundamental reasons for this disparity. Now Du Bois was interesting-he did not stop at research, but he actively advocated for the elimination of the underlying limits on educational and economic opportunities that he believed led to these disparities.

Du Bois' expansive approach can inspire us to look at contemporary health disparities with a fresh perspective. Most recent health disparities research has been funded by federal and state governments, and as such it reflects the focus and the constraints of the federal health disparities research and policy agenda. Now this agenda was shaped by the 1985 task force report, which identified six major causes of excess mortality among African Americans: cancer; cardiovascular disease and stroke; chemical dependency measured by cirrhosis; diabetes; homicide and accidents; and infant mortality. Since then, health disparities research has mainly focused on eliminating or reducing disparities related to these six diseases. Now, this makes sense, as focusing on concrete, achievable goals will more likely lead to progress than a more diffused approach. But when we think about disaster, most disaster-related health disparities do not easily fall into these six categories; even though disasters do increase rates of accidents and may increase rates of chronic disease. Disasters involve multiple moving parts: weather, technology, geology, prior urban settlement patterns, transportation networks, [and] communication networks, to name a few. And unlike diabetes, heart disease, accidents, or other similar diseases, disasters cannot be tied easily to bodies and behaviors. In fact, the word “disaster” itself is a fungible and fuzzy construct. Geographer Ben Wisner's definition of disaster, as [the interaction of] a technological or natural hazard and a vulnerable human population, has been increasingly adopted by scientists. But even this definition is up for debate, although I generally espouse this definition.

Now as a result of this complexity, disaster-related health disparities remain little studied and little understood.

Lastly, these case studies of disasters suggest that neglect, especially neglect in an emergency situation, can more negatively affect the health and mortality of minority and underserved populations than any other form of discriminatory treatment. Failure by governmental and non-governmental actors to provide people with adequate food, shelter, medical attention, safety, and assistance in rebuilding their lives is perhaps the most obvious cause of health disparities in disasters. Sometimes the effect of this neglect may not become apparent until months or years later, as in the case of tuberculosis in San Francisco. But there appears to be a clear relationship between this immediate short-term neglect and long-term health vulnerabilities, [and this] deserves more attention. So in summary, by beginning to look at these historical case studies of disasters and how different populations have been treated in widely divergent contexts, we can help to begin to identify the most enduring sources of disaster-related health disparities, and then we can formulate policy, including formal laws, that seeks to address these issues and bring an end to such inequities.

Ph.D., M.P.H, an Assistant Professor of Family Science at University of Maryland School of Public Health, and author of The American Red Cross from Clara Barton to the New Deal.