Covid-19 and the Perils of Free-market Parenting: Why it Is past Time for the United States to Install Government Supports for Families

Excerpted From: Maxine Eichner, Covid-19 and the Perils of Free-market Parenting: Why it Is past Time for the United States to Install Government Supports for Families, 90 Fordham Law Review 2509 (May, 2022) (122 Footnotes) (Full Document) 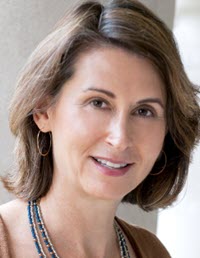 The United States has long been an outlier among wealthy countries when it comes to children's material support. Other wealthy democracies treat government as an integral partner in ensuring that parents get the cash that allows children the goods and services they need to thrive. In contrast, the United States expects parents to meet children's needs largely alone, through market earnings.

The COVID-19 pandemic exposed the glaring weaknesses in the U.S. system of private support for families. In 2020, almost half of U.S. families reported a significant drop in income as a result of the pandemic; households with children were disproportionately affected. The economic dislocation meant that one in five children--and almost one in four Black and Hispanic children--lived in families that fell below the U.S. poverty line. Female-headed households were disproportionately impacted, as the closure of schools and daycares meant that millions of mothers were forced to take unpaid time off or leave their jobs entirely to care for children.

The clear failures of the United States's “free-market family” approach during the crisis resulted in a seismic--albeit temporary--shift away from the expectation that children should sink or swim based on their parents' market earnings. In response to the economic fallout, Congress took a series of extraordinary measures to get public cash into the hands of American families: It provided a weekly federal supplement to state unemployment benefits for workers who lost their jobs, issued three pandemic relief checks to adults and children, and appropriated billions of dollars in emergency aid to help renters facing eviction. And, as the pandemic continued, Congress approved monthly checks to most families with children for the first time in the nation's history.

However, Congress framed all these actions as temporary measures to allow families to weather the pandemic. The question that remains is whether measures like these should open the door to more permanent changes in the nation's public policy. The Biden administration and many congressional Democrats have proposed public supports for children going forward, including continued child-benefit checks, but as this Essay goes to press, the fate of the Build Back Better bill containing these supports is stalled in Congress.

This Essay argues that the answer to the question of whether the United States should permanently change its approach to family support should be an emphatic “yes.” The extraordinary policy measures taken to support U.S. families during the pandemic should become the first steps toward routine public funding for families. Part I of this Essay describes the measures that Congress took during the pandemic to support U.S. families. Part II situates these extraordinary steps in context with the United States' long-standing free-market family policy, which expects families to support themselves almost exclusively through market earnings. Part III demonstrates that, long before the pandemic, the rise of economic inequality and insecurity made it increasingly tough for U.S. families to provide the support their children needed under free-market family policy. Finally, Part IV argues that the continuation of public funding is necessary to support the well-being of children after the pandemic's economic effects recede.

The chances that the United States will move toward routine public funding for children on a permanent basis have dimmed considerably during the time this Essay has been in production. President Joe Biden's Build Back Better measure, which would have implemented important supports, is now stalled in Congress, and its passage seems increasingly unlikely. What is absolutely clear, however, is that the lives of U.S. children would have been significantly improved by its passage. Concomitantly, its failure means that the nation will continue to squander the well-being of its next generation.