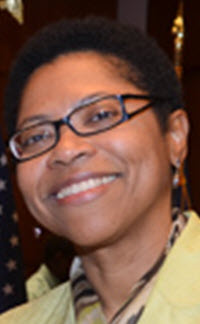 In this Article, I claim that contemporary state anti-"slavery" efforts are dishonest and ineffective in addressing the exploitation that states claim to target. The dishonesty and ineffectiveness of state efforts stem from collective failure (or refusal) to acknowledge conceptually, rhetorically, and in policy implementation the complexity of the origins and nature of the forms of contemporary exploitation targeted by their anti-"slavery" efforts.

I draw inspiration for my critiques from the parable of the river. According to one version of the parable:

Imagine a large river with a high waterfall. At the bottom of this waterfall hundreds of people are working frantically trying to save those who have fallen into the river and have fallen down the waterfall, many of them drowning. As the people along the shore are trying to rescue as many as possible, one individual looks up and sees a seemingly never-ending stream of people falling down the waterfall and begins to run upstream. One of the other rescuers hollers, "Where are you going? There are so many people that need help here." To which the man replied, "I'm going upstream to find out why so many people are falling into the river."

By using the image and rhetoric of slavery, coupled with affirmations of slavery's illegality under state and international law, the state directs attention toward individual bad-guy perpetrators and away from state policies and structures that contribute to the exploitation it purports to target. The state's rhetoric and efforts highlight "transnational organized crime" but pay little attention to the contributory roles of state policies and the international legal regime, or of powerful non-state actors, such as multinational corporations.

Ineffective methodologies proceed from the problematic diagnosis of "slavery:" The focus on the language of "slavery" and slavery's abolition under international and domestic law appears to blind the states and their policymakers to the structural foundations (economic, political, and cultural) of extreme forms of contemporary human-to-human exploitation. The rhetoric is also convenient, as it avoids addressing Western countries' contributions (both historic and contemporary) to the exploitative conditions suffered by those the states claim to protect.

The dominant paradigm is one wherein the perception is that state and private party identification of perpetrators and victims, together with criminalization, disgorgement, and reporting requirements will lead to the eradication of the targeted forms of exploitation. State anti-"slavery" efforts will continue to be dishonest and ineffective until states focus on the "whys" and not just the "hows" of the exploitation, acknowledge their roles in facilitating and sustaining human trafficking and other forms of severe contemporary exploitation ("today's slaveries"), and deploy policies and interventions that target the root causes.

I use the formulation "state anti-'slavery' efforts" to signal both my skepticism of the use of the word "slavery" to describe severe forms of contemporary exploitation, and my claims that states do not effectively or wholeheartedly engage in anti-exploitation efforts. I have previously pointed out the incoherent use of the word "slavery" and that it appeared that the word was now "shorthand for a potentially infinite variety of contemporary types of exploitation and abuse." I further noted a movement away from the longstanding legal understanding of the term: "slavery" is now used interchangeably with "human trafficking."

In this Article "[t]he term 'today's slaveries' invokes pluralities - of perceptions, of exploitation forms, and of meanings of the term."

The "state," as used in this Article, refers to states in both the Global North and the Global South. Accusations of dishonesty and ineffectiveness may resonate most strongly with respect to states in the Global North that have staked out strong rhetorical anti-"slavery" positions (such as the United States of America (U.S.) and the United Kingdom (U.K.)). However, states in the Global South that adopt anti-slavery legislation and rhetoric, while failing to address fundamental causes of exploitation within their borders and spheres of influence also are appropriate subjects of such critiques. Within any individual state, the term encompasses the policies, laws, and implementation by different branches of individual governments - executive, legislative, and judicial. With respect to the international sphere, the term refers to the exercise of power outside of the borders of a state, whether through the deployment of rhetoric or of a state's economic or military power. For states in both the Global North and Global South, corruption of officials and the capture of state resources by national and transnational elites also lead to anti-"slavery" efforts that are dishonest and ineffective, and that rely on eye-catching and emotion-inducing anti-trafficking performances.

This Article is organized as follows: Part II provides a background and summary of the "re-discovery" of human trafficking and other contemporary forms of exploitation; explores the causes of such exploitation; and describes the principal types of state anti-"slavery" efforts.

Part III addresses the nature and meanings of "dishonesty" as used in this Article, and describes the types, subjects, audiences, and methodologies of the dishonesty used by states.

Part V offers recommendations for the adoption of anti-exploitation methodologies that will more effectively combat the targeted forms of exploitation.

If the dishonesty at the heart of state anti-"slavery" efforts is allowed to continue unchallenged, we are assured of continued bread-and-circuses performances: horror at the exploitation, contemptuous pity for the victims, and rage at the perpetrators.

We must use structural analysis and understanding of the root causes of exploitation to effectively combat the exploitation, including the severe forms of exploitation invoked by states in their anti-"slavery" rhetoric and efforts. State framing of the phenomenon of "modern slavery" as the result of violations committed by bad-guy transgressors limits the anti-exploitation methodologies under consideration. This framing points the finger to transnational criminals and looks away from true prevention that would target vulnerability caused by state-supported economic, social, and political structures. The parable of the river urges a more holistic approach: While some responders focus on the rescue efforts directed at the immediately vulnerable, other responders must go upstream to the sources to identify the causes and truly prevent the crisis.

States and other anti-"slavery" actors must identify and map out contradictory state incentive structures, including linkages to, and dependence on, systems of exploitation - such as corporatization and cheap labor - that undermine the state's ability or willingness to address the new slaveries effectively. Further, and perhaps even more challengingly, the anti-"slavery" actors must critically confront and develop strategies to respond to the possibility that the state just may not have the power to create and implement honest and effective anti-"slavery" efforts in the face of the shift of power from states to non-state actors.

To be effective, anti-slavery efforts must focus on why as well as how the exploitation is conducted and must follow the money and power to identify the beneficiaries. The efforts must identify intervention points, and demonstrate a willingness to make structural economic and political changes to address endemic subordination and vulnerability to exploitation. Such efforts will require the adoption of new holistic methodologies that incorporate the intertwined factors that lead to and maintain severe forms of exploitation. These would include, for example, coordination through the World Trade Organization and regional economic and trade liberalization organizations to decrease or eliminate the contradiction between international trade liberalization and domestic immigration law. This innovation would liberalize the movement of human persons so that they may respond lawfully to trans border economic and other incentives and, while benefiting from human rights protection, receive the protective national treatment and most favored nation statuses given capital, manufactured goods, and intellectual property under the international trade liberalization regime.

There may be some hope of a more structural approach: in 2017, a new type of anti-"slavery" collaboration/initiative was announced by the U.K. and the U.S.. The two states pledged GB £20M and U.S. $25M respectively, to a new entity, the Global Fund to End Modern Slavery."Incubated" by Global Development Incubator, the entity is described as a "public-private initiative focused on sustainably ending modern slavery by making it economically unprofitable." Its goal is to raise U.S. $1.5B in furtherance of that mission.

However, the new initiative appears to embrace the paradigm of aberration and criminality, albeit with the offering of economic and market-based solutions to combating the exploitation. For example, the CEO of the new fund characterized "modern slavery" as:

[A] crime of economic opportunity. Addressing it in a sustainable way requires a coherent global strategy and mobilisation of resources commensurate with that strategy. This includes close engagement with the private sector as allies and partners. We believe that sustainably ending modern slavery will require market-based solutions and proactive business leadership. There is potential for businesses and investors to drive change like we have never seen before.

It is too early to tell whether this initiative represents a paradigm shift away from mere criminalization and toward targeting the economic causes of vulnerability, with the promise of more effective anti-exploitation methodologies. Unless the Global Fund adopts a more structural approach than the one supported by its state funders, its efforts will be similarly flawed (dishonest and ineffective): a review of its website does not indicate a fundamental evaluation of the economic or other preconditions that lead to today's slaveries.

States, activists, NGOs, and intergovernmental organizations must address and frame effective responses to the hard questions about the goals of state anti-"slavery" efforts and their priorities (Is it the state and other powerful actors? Is it the human being? The human being of every nationality, ethnicity, and citizenship, or those of more powerful states?). Further, they must determine whether state efforts mask the primacy of the state and nationalism, while performing anti-"slavery."