Child-friendly Justice Behind Bars: A Comparative Analysis of the Protection Mechanisms of the Rights of Arrested Children

Excerpted From: Aquila Mazzinghy, Child-friendly Justice Behind Bars: A Comparative Analysis of the Protection Mechanisms of the Rights of Arrested Children in the Practice of the Working Group on Arbitrary Detention and of the European and Inter-American Courts of Human Rights, 35 American University International Law Review 319 (2020) (218 Footnotes) (Full Document) 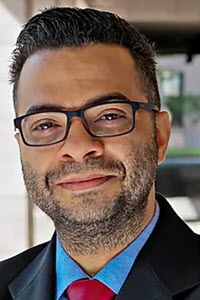 Justice must be always friendly with children, irrespective of whether they are victims or witnesses of violations of rights, or allegedly, the violators of the law. However, every year an abundant number of children involved in judicial matters are victims of the arbitrariness of States worldwide. There are many reported cases in which authorities involved with the administration of justice subject children under the State's custody to extreme abuses of power and to disproportionate uses of force. Children that allegedly break the law are in a position even more vulnerable as State authorities tend to disrespect several of their procedural rights.

Under such conditions of States' arbitrariness, minors are arrested without an arrest warrant and/or held in indefinite pretrial detention. When detained, they are sometimes held in a prison cell with adult detainees. Some children are interrogated without the assistance of a lawyer. Many are not brought timely before a judge. In addition, intelligence-gathering agents use indefinite administrative detention in military facilities with the purpose of obtaining information from the minors. In most cases, no evidence is ever presented to support their detention.

Such abuse of power and misuse of force often escalates to the use of torture and other cruel, inhuman, and degrading treatments. Under extreme violence and duress, numerous minors are forced to sign false confessions across the globe, which constitutes a grave miscarriage of justice. Such conduct of States' public officials brings distress and inflicts additional pain and hardship on the child offender.

One concern that motivated the research for this paper was how the States of the Organization of American States (O.A.S.), and the States of the Council of Europe (C.E.) treat child offenders domestically under the doctrine of child-friendly justice. To observe this judicial/administrative treatment, one can either compare state-by-state practices, through the lens of their supreme courts, or analyze their domestic breaches of the international human rights law through the lens of the regional human rights courts of which they are part. It was decided later to perform the latter type of analysis, considering the difficulty of obtaining a substantial number of supreme court domestic decisions within the limited timeframe of this research. Therefore, a comparative analysis was conducted with 80 cases from the Inter-American Court of Human Rights (I.A.C.H.R.) and 60 cases from the European Court of Human Rights (E.Ct.H.R.), all of them constituting direct violations to the concept of child-friendly justice.

In the course of researching this paper, there was a great interest on how - or whether - the international human rights system utilized the concept of child-friendly justice in matters related to children in violation of the law. Then, the scope of this research was widened. In a first moment, this paper compared the explicit and the tacit jurisprudence of the I.A.C.H.R. with the jurisprudence of the E.Ct.H.R., one by one, case by case. In a second moment, the jurisprudence of both courts was compared, in tandem, with the practice of the Human Rights Council Working Group on Arbitrary Detention (W.G.A.D.).

The W.G.A.D.'s main mandate was established to receive and investigate information and communications from individuals, including children, arbitrarily deprived of their liberty by State agents, judicially or administratively, in flagrant violation of certain international human rights standards. In cases concerning minors, the foundational law of the W.G.A.D. is established upon the Convention on the Rights of the Child (C.R.C.), on the International Covenant on Civil and Political Rights (I.C.C.P.R.), as well as on principles, guidelines, and directives pertaining its work.

More than 100 opinions of the W.G.A.D. were scrutinized in an attempt to find those that specifically and exclusively concerned children. Nevertheless, very few were found. Among these, the express mention to the child-friendly justice concept was not found although, every aspect of it was tacitly employed in the W.G.A.D.'s opinions.

It could be observed that the legislation of many States reflects international human rights norms relative to child-friendly justice. Nevertheless, the implementation and practical aspects of these international norms lacks effectivity. Consequentially, a grave miscarriage of justice is constantly perpetrated against the child offender. The reader will find in this paper best practices through which States can advance child-friendly judicial practices to protect children's right to a fair trial.

The following caveats need to be made before the reader proceeds. In this paper:

1. The term “child” refers to a human being under the age of 18 years-old;

2. The terms “detained” and “arrested” child are used interchangeably to mean a child deprived of his or her liberty;

3. While all the cases from both the I.A.C.H.R. and the E.Ct.H.R. concern the situation of children, not all the cases from the W.G.A.D. concern children. This is because the interest of the paper in this very particular point was the pure concept of “arbitrary detention” internationally, regardless of who was deprived of liberty, either adults or children. Most of the W.G.A.D. opinions concerning particularly children are found in the section “the Child-friendly justice behind bars.”

It is the hope of this paper to advance the understanding of those responsible for the administration of justice on how important it is to protect children from hardship in judicial matters through a well-anchored defense of children's right to a fair trial.

The backbone of a democratic society is deeply rooted in the form that States observe the rights of the children under their jurisdiction with special attention to those involved in judicial matters and/or who allegedly infringe the law. States are the principal guarantor of children's material and procedural rights within their effective control. Ultimately, justice served by States must always be friendly with children without discrimination on any grounds.

In this paper, a comparative analysis was performed on how the concept of child-friendly justice and its application is employed in cases of a child offender in different international jurisdictions. The analysis of how the I.A.C.H.R. and the E.Ct.H.R. jurisprudence consider the concept of child-friendly justice regarded 140 cases involving children. The study assessed the jurisprudence of both courts in tandem and compared it with the practice of the W.G.A.D. Not all the opinions from the W.G.A.D. concerned children, but since the rights discussed in this body encompass every human being, irrespective of age, it was fruitful to analyze them from a children's rights perspective. It has been found, despite the fact that these States' constitutional legislation reflect to an extent the international human rights norms protective of child's rights, the implementation and practical aspects of these laws lacked effectiveness. Therefore, a grave miscarriage of justice is constantly perpetrated against the child offender.

The main findings to emerge from this study concerning States' best practices towards child-friendly justice and the children's right to a fair trial are the following:

1. States should adopt a comprehensive and consistent national approach in the area of protection and promotion of children's material and procedural rights. Children's dignity and their physical and psychological integrity must be protected in all circumstances;

2. States should create an administrative, statutory, or practical framework to prevent any discrimination against a child due to his or her criminal records. As a best practice of child-friendly justice, States must create programs to foster rehabilitation in order to facilitate children's reintegration in the society;

3. A child offender must be treated humanely and compassionately. States should undertake all appropriate legislative, administrative, and other measures to foster this positive obligation;

4. Provided that full respect to the equality of arms principle is ensured, the determination of whether any of the child's rights have been violated should be less strict;

5. States should provide to every child the instruments to challenge an arbitrary arrest or detention at any time. The absence of the right to challenge the lawfulness/arbitrariness of detention before a court constitutes a violation of a self-standing human right, which is indispensable to safeguard the core foundations of legality;

7. Domestic law cannot institute statutes of limitations, jurisdictional limitations, amnesties, immunities, or any other State defense measures, or an “act of State doctrine” cannot limit the enforceability of the child's right to challenge the lawfulness of a detention.

The author hopes that this present study makes noteworthy contributions to the development of human rights norms that protects the rights of children involved with penal law. The author also hopes that the findings of this study may advance the understanding and the discussion of child-friendly justice as well as effect change in real situations of States' miscarriage of justice worldwide. Protecting the lives and physical integrity of children is ultimately the greatest benefit sought in this paper.