To Restore the Soul of America”: How Domestic Anti-racism Might Fuel Global Anti-racism 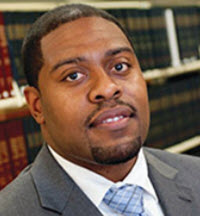 More than a half-century ago, the Southern Christian Leadership Conference (SCLC) adopted the motto, “To Redeem the Soul of America.” The organization's president was Dr. Martin Luther King, Jr., and the organization blossomed through the toils of countless foot-soldiers and the unsung leadership of a black woman and a gay black man, Ella Baker and Bayard Rustin, respectively. When King was assassinated, the SCLC was in the midst of the Poor People's Campaign, which made a moral case to end racial and economic injustice and tied U.S. ideals to a broader human rights framework. In fact, one of the campaign's legal and philosophical anchors was an “Economic and Social Bill of Rights.” Simultaneously, King recognized the foreign policy implications of the Poor People's Campaign--that the United States would be in a better position to support the practice of democracy abroad if it practiced racial equality at home.

When Joe Biden launched his presidential bid, he wrapped his campaign in the mantle of the SCLC. Biden declared that the racist attacks in Charlottesville, Virginia in 2017 compelled him to run for President, and he stated that the presidential campaign was a “battle for the soul of this nation.” During Biden's November 2020 victory speech, he emphasized many of the same themes. He reminded listeners of his campaign's motto, thanked the diverse coalition that elected him, and specifically promised to back the black community who supported his campaign in its lowest moments. Biden, who served under the nation's first black president, pledged to assemble “a cabinet that looks like America,” and his selections thus far reflect his awareness that anti-racist efforts must be inclusive of women of color. Kamala Harris, Biden's running mate, is now the first woman, first black woman, and first South Asian American woman to serve as vice president. Women of color will likely have prominent roles throughout the administration, including Linda Thomas-Greenfield, the administration's nominee for U.S Ambassador to the United Nations. These personnel decisions suggest that the administration is confident that it can forge a new future of freedom globally by modeling anti-racism domestically.

The President faces no easy march. He inherits an incredibly polarized political environment. More than seventy million Americans voted for white nationalist Donald Trump. Furthermore, while many Americans have long resisted racial reforms in the United States, they have resisted even more strongly the idea of addressing racism on the world stage--from attempts to end the transatlantic slave trade, to Marcus Garvey's petition to the League of Nations, to W.E.B. Du Bois' appeal to the United Nations. And U.S. xenophobia is far from a bygone relic. The Trump administration balked at human rights criticisms of its racist and xenophobic immigration policies, withdrew from the UN Human Rights Council, and refused to submit periodic reports to the UN's treaty monitoring bodies.

Nonetheless, the hurdles that the Biden administration faces, though high, are not insurmountable. Even if Congress refuses to pass significant, anti-racist legislation, the President retains substantial executive authority to attack systemic racism in both domestic and foreign relations. Moreover, nearly a generation ago, the United States ratified the International Convention on the Elimination of All Forms of Racial Discrimination (CERD), the International Covenant on Civil and Political Rights (ICCPR), and the Convention against Torture and Other Cruel, Inhuman or Degrading Treatment or Punishment (CAT). As a result, the present calls to end systemic racism domestically and internationally are not asking the administration to do anything new per se; the United States has existing treaty obligations to end systemic racism. In any case, if we take the President at his word--that he sincerely seeks to restore the soul of America and that he wants to set an anti-racist example for the world--it is imperative that those interested in eradicating systemic racism hold the administration accountable. Uprooting systemic racism at home and abroad requires that the administration do more than gesture at the SCLC's motto or even appoint a diverse cabinet. It requires that the administration engage and embrace the substance of King's human rights vision.

If the Biden administration seeks to end systemic racism and restore U.S. standing, it must move immediately. Historically, the policy windows for racial reform have been short-lived in the United States. If anything, this nation's history demonstrates that racist backlash often follows moments of racial progress. Shortly after the emancipation of enslaved persons, Southern states enacted Black Codes. After the powerful but all-too-brief experiment of Reconstruction came Redemption and Jim Crow. After Brown v. Board of Education, Massive Resistance followed. And after the election of Barack Obama, Trumpism flourished. In other words, while Biden believes that he now has a mandate to end systemic racism, America's lack of anti-racist resolve will likely put a soon end to his administration's opportunity to make meaningful structural change.

Sadly, Biden must also consider how electoral polarization might undermine his anti-racist mandate. Midterm elections will come soon, and Biden would do well to remember the backlash and congressional obstructionism that emerged just after he and Obama took office. Morally, placing another person or group's freedom on a timetable is condemnable. King authored a book entitled Why We Can't Wait, decrying the calls for continued black patience with racism. Legally, the United States has treaty obligations mandating the eradication of systemic racism now. For example, Article 2 of CERD, which the United States ratified in 1994, requires that states parties to the treaty end racial discrimination “without delay.”

In the “Letter from the Birmingham Jail,” King argued that humans are “caught in an inescapable network of mutuality, tied in a single garment of destiny.” If this administration takes King's vision seriously, it must seek to eradicate systemic racism inside and outside of U.S. borders. Racism in the United States is part of a much older and global phenomenon that unfortunately thrives today in hearts, minds, and institutions. Recognition of this foreign-domestic tapestry in the Biden administration's anti-racist policies has the power to advance the idea of a beloved community domestically and internationally. King's vision was and remains a call to arms to act now and to work globally. “Injustice anywhere,” King declared, “is a threat to justice everywhere.”