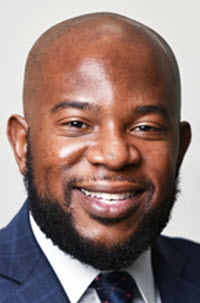 Widespread Russian interference in the 2016 United States presidential election through social media exposed the extent to which the United States is vulnerable, technologically and socially, to targeted foreign election disruption. The Russian security state studied and exploited pandemic racial divisions to depress American voters' confidence in electoral processes and faith in their democratic institutions. This exploitation was possible chiefly because institutionalized racism--perpetuated in the form of police shootings of unarmed African Americans, racial profiling, and mass incarceration--had already contributed to racial polarization in the United States.

Russia's actions in 2016 were not unprecedented. During the Cold War, Russia exploited the United States' mistreatment of minority populations to further its geopolitical agenda; the United States was susceptible to such exploitation due to ongoing institutionalized racism. As this Article will establish, the policies of American security institutions have reflected the racial biases present in the United States, often resulting in the treatment of minority communities as a security problem that must be contained through over-policing, racial profiling, mass incarceration, race-based internment, and suppressive investigation. Consequently, minority racial identity itself has historically been seen as a security threat, as illustrated by examples such as the internment of Japanese Americans during World War II and the infiltration and disruption of civil rights organizations in the 1960's and 1970's.

This racial legacy is unsurprising because the nation itself was founded through processes rooted in racial oppression: the enslavement of Africans and the decimation of indigenous Americans. These original sins created racial conflict that has continuously threatened the broader security of the United States. Internal violence in the form of slave revolts, the Civil War, and the Indian Wars were inevitable given the state's oppression and subjugation of Africans and indigenous people. Over time, racial oppression in the United States benefitted foreign state enemies because it delegitimized the American democratic project on the world stage, thereby undermining the United States' ability to achieve its geopolitical objectives.

This Article's goal is to widen the public conception that racism is an exploitable phenomenon that undermines American national security, and to frame the retrenchment of institutionalized racism as a national security priority of the United States. Part II of the Article provides background on Russian interference in the 2016 presidential election campaign, the 2018 midterm election, and ongoing interference leading up to the 2020 election. It outlines how Russia's security services capitalized on racism in a widespread and systematic manner that affected the majority of Americans. It also discusses how Russia's efforts were a continuation of its use of propaganda regarding American race relations during the Cold War and how Russia has similarly engaged in ethnic division campaigns in other countries.

Part III introduces the idea of national security interest convergence, which posits that anti-discriminatory goals are best achieved when they align with the priority interests of the majority community and elite policymakers. It argues that the current Russian interference campaign demonstrates the danger that inflamed racial division poses to national security. Specifically, it calls for an understanding of national security as encompassing the protection of a full, rich, and inclusive democratic project in which Americans and foreign nations maintain faith. It advocates for the promotion of antidiscrimination measures as a national security priority that protects our democratic institutions from foreign intervention.

Part IV elaborates on the theory that national security institutions have historically approached issues of race through the use of a minority race as threat framework. This framework reflects how American policymakers and institutions, including those in the national security community, have regarded minority communities as threats to a racialized hierarchy and status quo. Through time, this minority race as threat framework obscured the harm to national security caused by institutionalized racism that impacts minority communities. These practices forged fertile ground for Russia's racial exploitation campaign. Part V then discusses the domestic and international legal schemes that apply to foreign election interference. It concludes that these legal structures were not designed to address the novel issue of Russia's online weaponization of race and suggests that new approaches are necessary to respond to such interference.

Part VIII concludes with an analysis of how a racism as national security threat framework furthers the equal protection and anti-subordination objectives of American and international antidiscrimination law. The framework accomplishes this by creating a powerful policy rationale for state actors to proactively eliminate practices at the federal and local level that have discriminatory effects on racial minorities, further internal racial division, and foster opportunities for foreign manipulation. The new framework converges an antidiscrimination agenda with a national security agenda, promising greater protection for the civil rights of minority communities and for American democratic processes.

American national security institutions have historically been shaped by the views of their leaders. Accordingly, national security institutions have likewise been vulnerable to the personal fears and biases of those in charge. Since the nation's founding, a recurring theme of minority race as threat has manifested itself in institutional policies. This theme has reflected racial tensions and divisions in American society, creating a space for racially biased practices such as COINTELPRO's disruption of civil rights organizations, the World War II internment of Japanese citizens, post-9/11 racial profiling of Muslims, and punitive immigration crackdowns on Latinx communities.

For nearly a century, Russia has actively capitalized on American racial divisions for its own geopolitical advantage. During the Cold War, America's treatment of racial minorities was the bedrock of Russia's global criticism regarding the limitations of American liberal democracy. Today, Russia has found a new front for this delegitimization campaign--within the United States through the social media interactions of Americans. Russia has attempted to weaponize America's racial divisions against its democratic processes through “fake news,” social media advertisements, and social media posts meant to rile existing divisions. The more divided and disenchanted Americans become with their fellow citizens and with their political processes, the less the United States (and its Western colleagues) will be able to galvanize collective pressure against Russian geopolitical objectives.

Because of its fraught history with race and because Russia has effectively intensified racial divisions online, America must acknowledge in its national security and policy-planning strategies that racism is a strategic threat to the United States and incorporate measures to address that threat. Racism is not just a moral or equality failure, but also a strategic threat that is exploitable by America's enemies. The most direct response to this strategic threat is to take measures to minimize and eliminate it. Fortunately, the actions of state agents are precisely where the federal, state, and local government can target reform efforts. Reducing institutionalized racism will reduce racial tensions, which will in turn reduce Russia's ability to stimulate divisions. Americans whose rights and interests are adequately and fairly being protected by the state are less likely to be vulnerable to Russia's weaponized racial division.

This Article seeks to begin a conversation with the public, American political leaders, and policymakers about the importance of American institutional leaders treating racism as a national security threat deserving of a clear and direct response. The author's hope is that this piece will encourage further study and action on this topic. Eliminating institutional racism is a generations-long effort that will require action on a number of fronts-- executive, legislative, judicial, political, academic, federal, state, and local--and national security planning must be one of those fronts. To those that believe that eliminating racial discrimination and racial division is impossible, this Article suggests that any tools that help to minimize institutional discrimination and racial division, however imperfect, are worthy of pursuit. A racism as national security threat framework is a new tool in the arsenal.