Disparate Health Care in Puerto Rico: A Battle Beyond Statehood 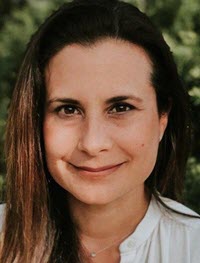 Since 2006, Puerto Rico has experienced a deep recession the impact of which cannot be understated. After accumulating an estimated $123 billion in debt, the island has stopped repaying its creditors altogether.

Puerto Rico's fiscal status ultimately reached a historic low, as the island was left with a "... choice between honoring its commitments to bondholders [and] continuing to provide the residents of Puerto Rico with essential services." Unlike cities within the continental United States, Puerto Rico cannot file for bankruptcy. In June 2016, the U.S. Congress passed the Puerto Rico Oversight, Management, and Economic Stability Act ("PROMESA"), which formed the Financial Oversight and Management Board (the PROMESA "Board" or "FOMB") meant to administer the new law and deal with the crisis. The Board's initial plan included an almost 30% reduction of the island's annual health care budget. The budget cut was designed to prevent a future increase in local funds once the federal temporary relief fund expires, although Puerto Rico was already expected to exhaust those federal funds before they do. At the time, there were concerns that this aggressive austerity policy would severely impact the vast majority of the island's population that relies on government-provided health care. In this regard, the United Nations' Human Rights Office of the High Commissioner proclaimed that reducing budget deficits has been shown to negatively affect people's rights. While such cuts can foster economic recovery, they undermine the provision of essential public services like health care.

The history of Puerto Rico's health care is replete with stories of decentralization and fragmentation. Particularly after the 1970s, the system followed the continental U.S. model ignoring the significantly heterogeneous conditions of Puerto Rico. This Article claims that modeling the institutional arrangements of the continental U.S. health care system--what the Author calls a "blind legal transplant"--has exacerbated the inequality of access to health care on the island. Moreover, this blind adoption has dragged along with it the institutional failures of the mainland's health care model, creating greater financial distress and urgent health needs. Thus, the adequacy of comprehensive health care policies in Puerto Rico needs to be reconsidered.

Most policy efforts have been responsive to the Puerto Rican health care battle with financial-centric strategies that call for an increase in federal funds, disaster relief, and other rationing policies. But such an austerity plan as implemented in Puerto Rico since PROMESA has already led to higher unemployment, which itself reduces tax contributions. It has accelerated one of the highest migrations in history from the island to the mainland, significantly decreasing the number of doctors to protect an increasingly aging population from what is now an increased risk of illness and a shorter fiscal contribution life span. Finally, the austerity plan has contributed to a severe economic recession, which has undermined people's ability to afford health care copays and private health care insurance. Hurricane Maria only aggravated the crisis of allocation with respect to already scarce medical resources. When Puerto Rico was about to face yet another financial "cliff," as the majority of the temporary Medicaid financing support from the Patient Protection and Affordable Care Act (ACA) and the Bipartisan Budget Act of 2018 (BBA) expired at the end of September 2019 and December 2019, the U.S. Congress approved new supplemental federal funds available until September 2021. The financial policies are at the core of the challenges related to medical coverage and eligibility, health care access, and delivery system reforms, which are leading Puerto Rico's vulnerable health care system to a slow and painful death.

This Article does not advance a position in favor of either privatized or government-based health care delivery in Puerto Rico. Instead, the Author aims to raise awareness on the detrimental consequences of organizing the island's health care system ignoring the particular conditions of Puerto Rico's population. Further, this Article proposes that the right to equal treatment of all U.S. citizens, regardless of their place of residence, militates firmly against the many battles and challenges associated with this type of legal transplant and justifies access to health care in Puerto Rico. As the Article elaborates and attempts to demonstrate, rationing policies and expanding state health care prerogatives to the island are not enough and will not succeed if Puerto Ricans continue to be treated as "second-class" citizens, contrary to the constitutional mandate of equal protection of the law for all Americans.

The Article consists of three parts. Part I describes the transformation of the Puerto Rican health care system into its current privatized form, with emphasis on La Reforma, a program that led to the system now in place.

Finally, Part III examines how to alter the status quo made manifest by the Puerto Rican health care system.

After examining the rationing policies and legal transplants applied to the Puerto Rican healthcare system, the Article concludes that the primary battle worth fighting for is equal protection of the law. If won, it would give Puerto Rico the opportunity to ensure that its U.S. citizens receive the health care they need.

Health care federal legislation aggravates the already notorious chasm between the island and the mainland. The capped financing and limited federal match rate for Medicaid--the most popular public health insurance program, used by two thirds of Puerto Ricans--stand out as critical contributors to both the fiscal crisis and a strained health care system, among several other differential treatments across federal programs. In addition, the incentives allocated through different institutional arrangements transplanted into Puerto Rico's health care system (for example, the fee-for-service payment model), contribute to the existing disparities in access to health care, and turn rationing rules into painful policies. None of the very few health care policies applicable to territories introduced by the Patient Protection Affordable Care Act--the most important health care statute since 1965--have alleviated Puerto Rico's health care crisis enough.

In response, the Puerto Rican government has tried to cover health care spending gaps with local income tax. However, the island continues to show fewer tax contributors as residents migrate to the mainland, a large group of Puerto Ricans is state-employed, and almost half of the population lies below the federal poverty level with very low to nonexistent tax contributions. Limiting fiscal budgets will not do the Puerto Rican health care system any good. Short-term financing tools in place to address “emergency” damages will not solve the underlying fiscal problems or overcome the federal health spending shortages either. Politically, the Puerto Rican government is powerless. Puerto Rico's representatives do not have the right to vote in Congress and, as a result, they cannot meaningfully participate in the process of revising and passing any federal legislation that could benefit the island otherwise.

The Puerto Rican health care system faces a structural problem that urges a comprehensive, permanent solution. A serious obstacle stands in the way of any policy aimed toward much-needed change: those living in Puerto Rico are not treated like any other American living in the U.S. This is the most urgent policy needed by Puerto Rico. It will enable those living on the island to speak up and inform future health care reforms, as does any other American who struggles with the current health care system. Exclusion denies the right to equal protection of the law under the Due Process Clause of the Fifth Amendment to the U.S. Constitution, and fails “rational basis” review with respect to the differential treatment it promulgates under the Constitution's Territorial Clause. For years, Puerto Ricans have been fighting for statehood; however, the ultimate battle is for equal treatment. Addressing inequality in treatment should be the first step to achieving meaningful health care reforms. Acknowledgement and acceptance of the fact that the island has heterogeneous conditions in contrast to, but is legally equal to, the mainland would cause Congress, courts, and the federal government to remedy--and not reproduce-- disparities.

For over a hundred years, Puerto Ricans have been denied the right to be treated as equal American citizens. Segregating Puerto Ricans from the benefits given to other Americans demonstrates a racial and ethnic discrimination against a politically powerless minority. It is time to overturn outdated precedents. Being seen as equals in the eyes of the law will not grant Puerto Ricans better health care immediately, but it is a mandatory starting point for any less harmful future health care reform.

Yale Law School, LL.M., J.S.D. candidate. Graduate Policy Fellow at the Institution for Social and Policy Studies (ISPS) at Yale University, Graduate Fellow at the Solomon Center for Health Law and Policy at YLS, Resident Fellow at the Information Society Project at YLS, and Research Fellow in Law at the Orville H. Schell, Jr. Center for International Human Rights at YLS.