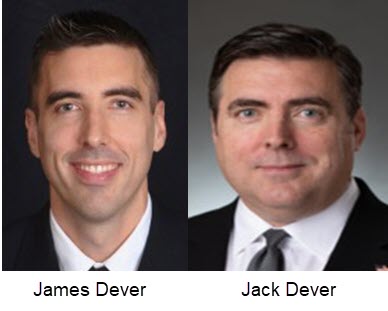 There is little to no historical antipathy between China and Africa or China and Latin America. The issue is not merely whether China is a neo-colonial power (it is) but rather how colonial and post-colonial legacies facilitated China's rise and continued welcomed presence in specific regions. This article adds to the literature by arguing a parochial focus on China's neo-colonial practices, without more, misses a larger point. By failing to locate and properly contextualize colonial and post-colonial trauma, Western powers--the U.S. in particular--will continue to be confounded why authoritarian China is embraced in Africa and Latin America. Beijing's engagement with both regions is multifaceted. Its lack of an unfriendly, aggressive, or colonial past allows it to masquerade hardline neo-colonial strategies as mutually beneficial policies for economic partnership and growth. China has a compelling story that sells well in Africa and Latin America. It survived harsh colonial regimes, internal chaos, and extreme poverty only to emerge an economic and socio-political juggernaut. But the China presented to the world is a mirage; its true nature is found in the horrors of Xinjiang concentration camps, privacy- erasing digital state surveillance models, the Hong Kong crackdown, intellectual property theft by state-sponsored companies, and debt trap diplomacy. Beijing does not often reveal its true intentions. “Wolf-warrior” diplomacy is a rare instance of a Chinese Communist Party mistake. The Belt and Road Initiative is less an infrastructure and telecommunications project, albeit on a massive scale, than it is a hortatory expression of 21st century Chinese global hegemony. The Belt and Road Initiative will not make the world more egalitarian, secure, or free. Only the U.S. can counter Chinese aggression against ethnic and political minorities within China and against unfair trade practices and technology inequity internationally. However, a slick post-colonial lexicon is insufficient to explain to Africa and Latin America why, sooner or later, they will reach a point of no return with China. The U.S. must first reckon with the BLM movement against systemic racism and its international COVID-19 response before regaining the necessary moral authority to counter China on the world stage.

America is having a moment. The nation was founded on dissent and countless Americans have channeled anger into action, from the Colonial-era tax revolts that sparked the American Revolution, the labor, housing and busing protests that defined the 1960s civil rights movement, to the modern era and the #Me Too Movement. In the proud tradition of American dissent, the Black Lives Matter (BLM) movement began in 2013 after twenty-eight-year-old George Zimmerman was acquitted of criminal charges after fatally shooting seventeen-year old Trayvon Martin in Sanford, Florida. In protest, three Black women started the BLM movement using the hashtag #BlackLivesMatter to stop societal devaluation of the lives of peoples of color. The next year, in 2014, two additional Black men were killed by police officers - Michael Brown in Ferguson, Missouri and Eric Garner in New York City. Videos of their deaths went viral on social media and further galvanized calls for police accountability.

On May 25, 2020, George Floyd was asphyxiated in police custody after a Minneapolis police officer knelt on his neck for 8 minutes and 46 seconds. His death-struggle and desperate cries to “mama” for help, caught on tape, shocked the nation. According to Minneapolis Police Chief Medaria Arradondo, Derek Chavin, the former officer who killed Floyd, knew what he was doing because he had taken specific training on preventing asphyxiation. George Floyd's name will likely go down in history besides Rosa Parks and Emmet Till. Prior to Floyd's death, the highest estimate for any American protest, the 2017 Women's March, was 4.6 million. Polls show that in the summer of 2020, as many as 21 million adults attended a BLM or police brutality protest. America is realizing that society too often has turned to law enforcement to address challenges faced by Black communities when police response is inadequate: “[y]ou don't have schools that function well; you don't have teachers that get paid; you don't have hospitals in some communities .... This creates the kinds of conditions that make people feel like police are necessary, but the solution is to actually reinvest in those things that give people a way to live a good life ....”

Before America can change how Africa and Latin America perceive it vis-…-vis China, America must itself change. Historian Tyran Steward captured something of the sentiment of the age when he noted that social justice demands, such as changing the name of the Washington football team, were once nonstarters but are actually happening. Police accountability bills honoring George Floyd were introduced on the House floor, companies are now recognizing Juneteenth, the oldest known holiday honoring slavery's end in the U.S. and giving employees a paid day off from work to observe it, the state of Mississippi is coming to terms with its racist history and changing its flag, monuments to Confederate Generals are toppling, and the National Football League is supporting the right of its players to kneel during the National Anthem. Covid-19 has played a dual role in the protests' momentum: the pandemic kept people home, with more time on their hands to consume news of Floyd's death at the hands of police. The coronavirus “exposed the interconnectedness of human vulnerability, which provides a new lens through which ... [to view] Floyd's killing ... [and] unveiled the way in which we are all interrelated and haptic.”

The U.S. must act now to emerge victorious in the coming global showdown with China. Woe to the world if America does not seize this moment. The U.S. must embrace competition with China. Beijing is brutalizing the Uyghurs and extinguished freedom in Hong Kong. Its “wolf-warrior diplomacy” is remarkable, not for its success, but rather for how it showcases China's contempt for much of the world. Its surveillance state is frightening. It is true China's story is remarkable. It emerged from the rubble of the mid-twentieth century to become a great power. But China needs Africa and Latin America to sustain its growth. Most importantly, Beijing, merely by not being the West, inherits post-colonial goodwill even as it creates neo-colonial effects in those same regions. BRI is no mere building program; it is the very vision of a Chinese global tomorrow. At first it may appear China has the upper hand; 2020 was a year of infamy in America: the pandemic, an overdue reckoning with America's original sin of racism, and extreme partisan politics have left many scars. Yet the factors that divide may also unite. If the U.S., together, can meet this moment, the world may have a new rebirth of freedom.

James Dever is a Professor of Cyber Law for the Department of the Air Force.