In the Crosshairs: Centering Local Responses to Sexual and Gender-based Violence in Afro-Colombian Communities 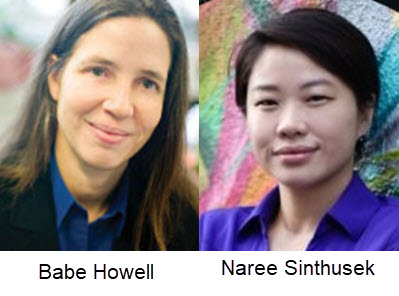 On June 19, 2019, the Executive Directors of UN Women and Justice Rapid Response issued a statement recognizing “local accountability efforts that integrate gender-inclusive and victim-centered strategies” to support access to justice. They pledged to center victims in this effort to obtain justice. Centering and supporting local responses to sexual and gender-based violence (“SGBV”) has special urgency in Colombia because of the complexity of implementing the Peace Agreement and the particular history and culture of Afro-Colombians. The demobilization of the Fuerzas Armadas Revolucionarias de Colombia (“FARC”) since November 2016 has created a power vacuum, as multiple forces vie for areas previously controlled by FARC. This has resulted in new vulnerabilities in many majority Afro-Colombian areas of Colombia to SGBV at the hands of paramilitaries, guerillas, narco-traffickers, state actors, and mining and agricultural interests. Access to justice for survivors of SGBV, conflict-related or otherwise, is a major challenge. Report after report and statement after statement demonstrate that justice and security in the post-conflict peace process are illusory. In order to address these shortcomings, human rights advocates must support the work of Afro-Colombian women's groups and the Proceso de Communidades Negras (“PCN”) to ensure access to justice which centers the victims, avoids revictimization, addresses stigma, and fosters community mobilization.

This essay is informed by a three-day conference, the “Afro-Colombian Community Initiative for Sustainable and Inclusive Peace conference” with PCN and Afro-Colombian women organizers. These movements are not new, but they are facing great threats in their advocacy for Afro-Colombian communities in the implementation of the Peace Agreement. The particular focus of this essay is on access to justice for victims of SGBV, but this focus should not be taken out of context. The struggle for access to justice by Afro-Colombian victims of SGBV is part of the greater struggle to safeguard these communities, their culture, their health, their advocates, organizers and organizations, and their territories. The essay is one of several that examines the multiple facets of the threats to Afro-Colombian communities in post-conflict Colombia.

Part I of this essay briefly outlines the complexity of the context in which SGBV takes place in Afro-Colombian communities.

Part II discusses general barriers to access to justice for victims of SGBV in Afro-Colombian communities.

Part III highlights the work of the Asociación de Mujeres Afrodescendientes del Norte del Cauca (“ASOM”) as a model for centering victim responses to SGBV. Part IV briefly examines the human rights literature on good practices for responding to SGBV as it relates to centering victims.

Finally, this essay recommends supporting and protecting responses to SGBV like the work of ASOM that centers the efforts of victims, specifically Afro-Colombian women. Importantly, access to justice means not merely access to a tribunal, but access to responses and resources that reflect the actual needs of the victims of SGBV and their communities, while simultaneously holding the state to its obligations under national and international conventions.

The work of local victim-led groups like ASOM in outreach, counseling, documenting, and accompanying victims of SGBV in their struggle for access to justice provides a critical model for addressing SGBV in Afro-Colombian communities. This essay argues that centering victim voices and supporting victim-led organizations is critical to a successful effort to ensure access to justice for Afro-Colombian victims of SGBV, whether conflict-related or familial. The complexities of the context, the relative isolation and vulnerabilities of these victims and their communities, and the intersectionalities and history of Afro-Colombians all support this suggestion. Conventions to eliminate violence against women, and review of good practices in responding to SGBV in areas of conflict support this focus as well.

Additionally, local, victim-led organizations do not necessarily, or even generally, have all the resources and expertise needed to support their work for victims of SGBV. Discussions among these advocates often turned to issues of trauma for victims and advocates. Local victim-led organizations can be supported by providing experts and counseling on trauma, as well as access to medical treatment for injuries sustained by both victims and advocates.

The state must also meet its obligations to respond to SGBV. The state must consult with local groups and make access to justice confidential, secure, and prompt. Robust local and victim-led supports can help victims' access and assist in navigating the justice system, but they cannot be a substitute for an accessible justice system built in consultation with affected communities. Moreover, these organizations and communities must be provided security from victimization and displacement in order to do their work effectively. Centering victims' voices is not a substitute for developing access to justice in line with the requirements of CEDAW, the Belém do Pará Convention, and the IACHR. Nonetheless, the work of local victim-led organizations is critical to making access to justice a reality.

Babe Howell is a Professor at CUNY School of Law, where she teaches Criminal Law and Procedure; her research focuses on the intersection of race, policing, and prosecution.